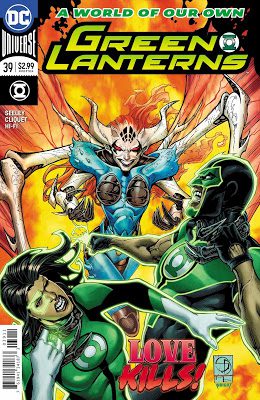 As Liseth tries to kill the peaceful Molite survivors, Jessica steps in to stop her. As Liseth uses her powers to hold off the Lantern, Simon attacks. The young woman uses his fears to hold him off as her own mother tries to reign in her destruction. As the battle continues, something happens that the angry young 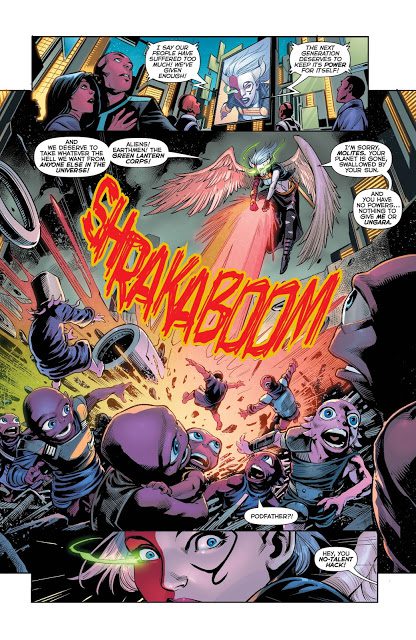 woman didn’t expect and her rage causes Simon to make a decision that could cause ripples across the planet. Meanwhile, a friend of Simon’s finds herself in a situation that might require the Lanterns to step in.

As a conclusion to the “A World of Our Own” storyline, this worked for the most part. What worked was the action and the moments between the Molites and the Ungaran people. What didn’t work was the turn in their sentiment. It would have been more effective if it had been peppered throughout the storyline over the course of the arc so it didn’t feel so sudden and a little too convenient.