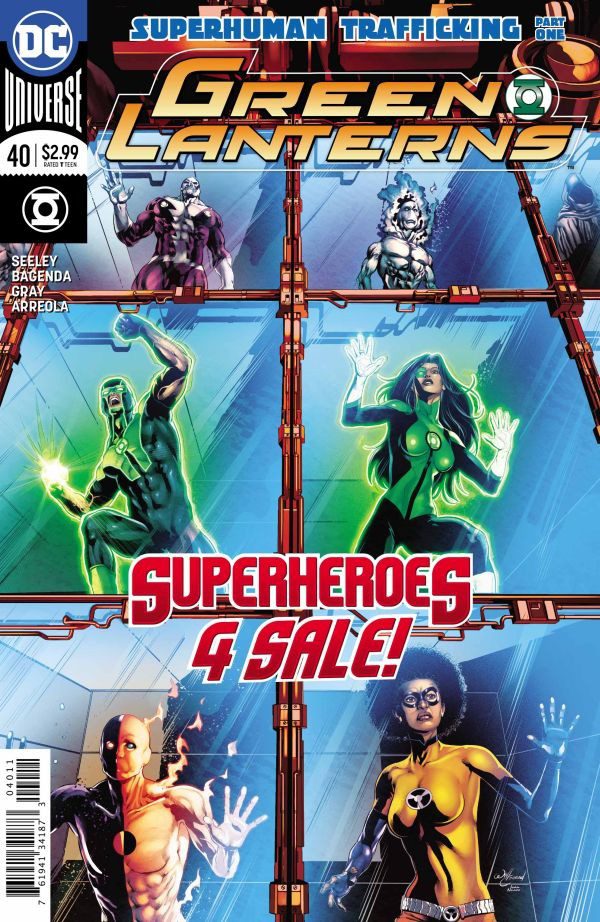 Simon Baz and Jessica Cruz are reacting to a natural disaster in an American city being flooded by rainwater. Their example is urging others to help including Firestorm, Blue Beetle, Supergirl, Power Girl and more. As they both recover from the work they put in that day, Simon laments on how much he missed being able to help people without all of the politics of their last mission. Simon doesn’t have too much time to rest and regroup because The Night Pilot went missing after going out with Simon and her disappearance opens up a new investigation as well as Simon having to explain to Jessica what the Caper app is.

As the pair make their way to the Watchtower, Jessica decides to sign up for the app and goes trolling for a certain former Batman sidekick. As she 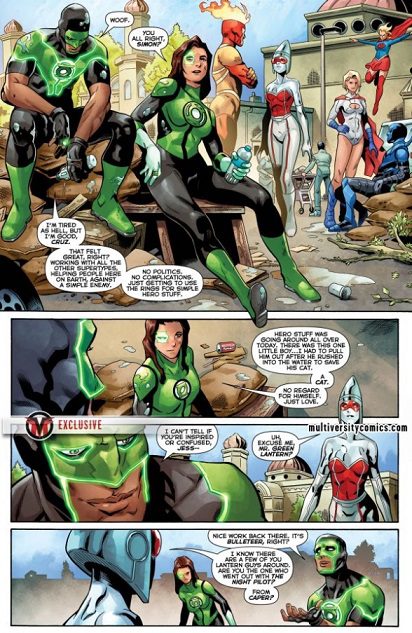 goes over the app itself, Cyborg tells Simon about some strange readings in the area right before Night Pilot disappeared. He also tells the Lanterns about a half dozen more missing super humans associated with the phenomenon. As he reads off the names, Jessica finds the one thing that links them all, Caper. As the two of them investigate the offices of the app, they are attacked by a criminal in hiding and the two decide to get answers as the scope of what’s happening to the other heroes starts to become clear.

This was a passable issue that doesn’t really raise any kind of emotional or narrative stakes so far. I like the concept of a superhero dating app being the lure to kidnap heroes for the purposes of trafficking, but Simon and Jessica don’t necessarily have the investigative chops to work this kind of narrative without the answer being right in front of them. I think if the two of them were paired with someone who is a trained investigator, at the very least it could have been a story where they learned something. Unfortunately, the outline of this story is coming together a little too quickly to be interesting. Hopefully, something interesting or different will happen in the next issue to change that.