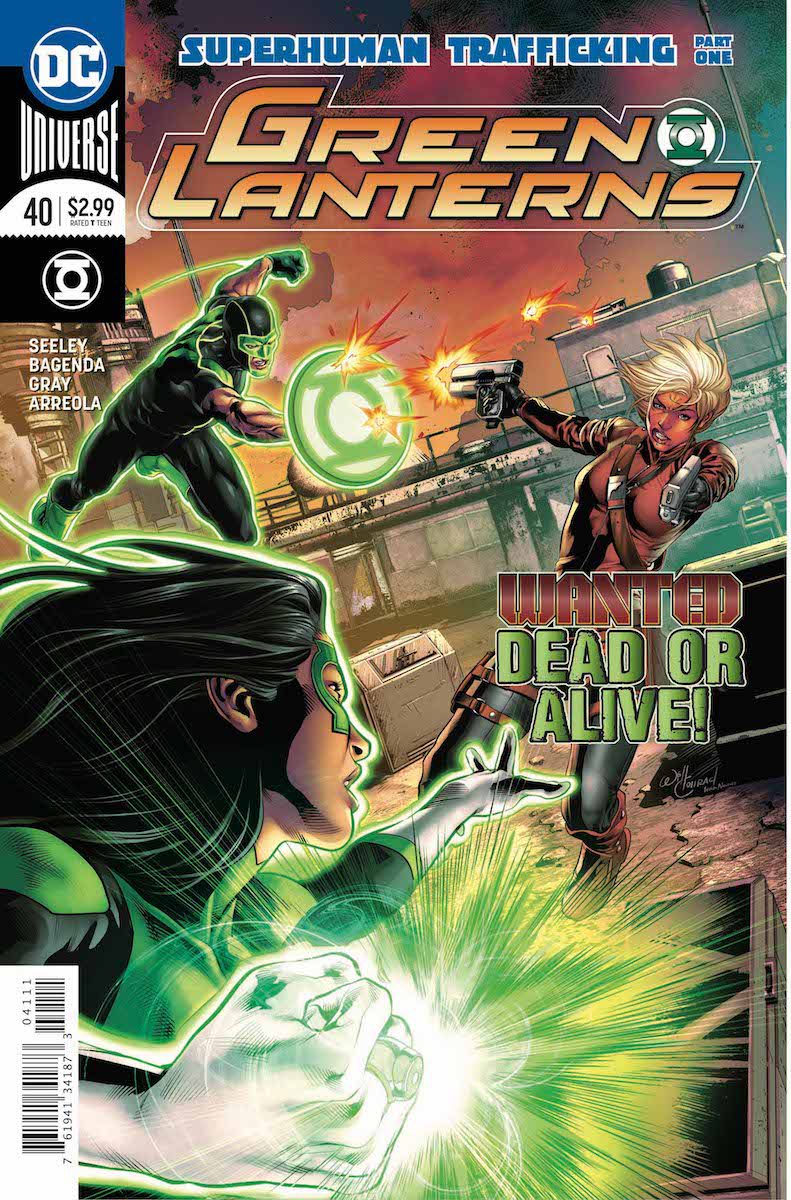 Simon Baz and Jessica Cruz have discovered that there are a number of kidnapped heroes all connected through a superhero dating app called “Capes”. Simon is intimately aware of the app after using it to have a fling with the Night Pilot. The issue opens on the scene a month ago when the two heroes are on their first date and Simon brings up to her all of the things that they have in common. Jessica still finds herself dealing with the fact that she keeps getting paired with her own partner on the app as the pair head with their prisoner to a sector of space to continue their investigation.

What makes matters worse is that her attraction to Simon is starting to affect the investigation and her concentration. Simon decides to have a conversation with their prisoner Scrapps about who bought the tech to create the app and she is less than helpful without persuasion. She tells them where they can find her drop and based on the reputation of the area, the two cosmic cops decide to go in disguise. After infiltrating a local bar, the pair finds themselves in a situation that is rapidly deteriorating. As their targets go on the run, the Lanterns find themselves on a chase across the lawless planet. 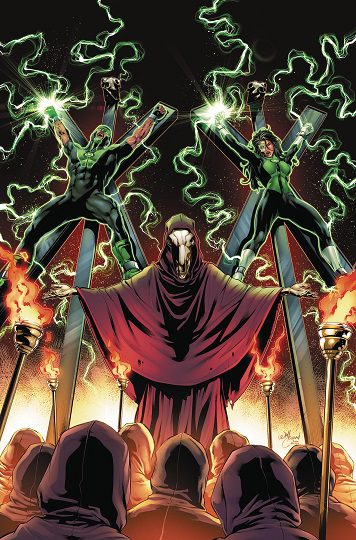 Meanwhile, on a planet in another sector, the kidnapped supers are being led back to their cells. As they file in, one of the prisoners is separated from the rest, taken to the group responsible and given a choice that might pit the heroes against the Lanterns.

This issue is good. The overall story is starting to come together in a way that is satisfying and interesting to follow. The moments of Jessica being ridiculously thirsty are fun at first, but get grating after a while. Other than that, the arc is getting better with some well-done storytelling and great art that looks amazing in its use of shadows.