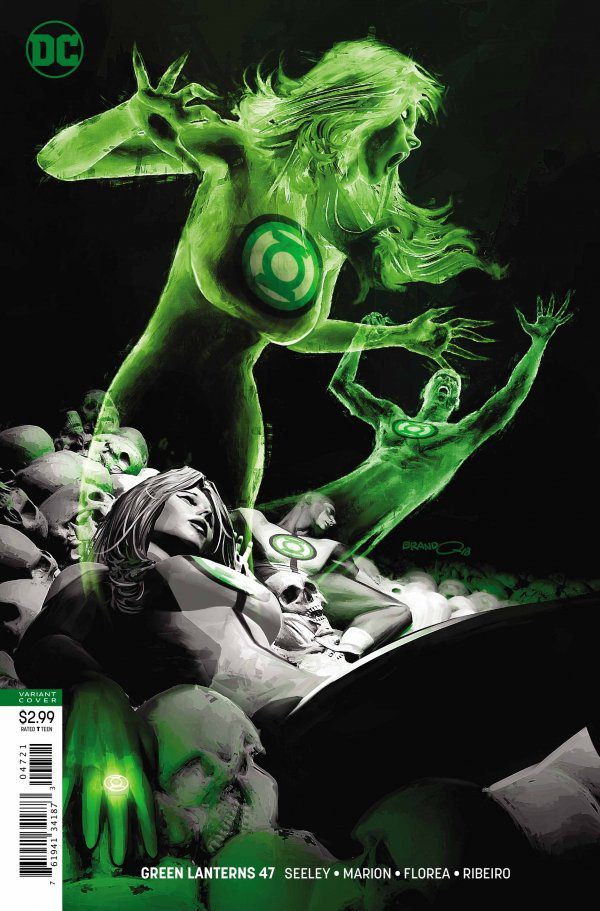 Simon continues trying to free Jessica from the hell she’s created for herself in the Green Realm thanks to the deal she made with Singularity Jain. Jessica has turned over to darkness and is trying to kill the men who murdered her friends. All of it seems a little anti-climactic considering it’s not happening in the real world. In the real world, the rest of the League is trying to free Jessica and Simon with the help of John Constantine, but it gets worse for them.

Constantine is well used in this issue and his insights are pretty spot on. Jessica actually has some pretty good character development in this issue as well. I like how it draws back to Volthoom and the significance of her ring. All of these story elements help to advance a premise that has been pretty weak for the last couple of issues. As interesting as this issue is, I still have a hard time buying Singularity Jain as that significant a threat, especially to the entire Justice League.

As far as how the story is resolved, Simon is used effectively in his confrontations with Jessica. Constantine manages to find an insight that might help both of them. I also like that there is something brewing at the end of this issue that will cause some tension between Jessica, Simon, and someone connected to both of them. There are some good character moments in this issue and a possible evolution of Jessica as a character, but the main antagonist still stretches credibility with me as a viable threat.