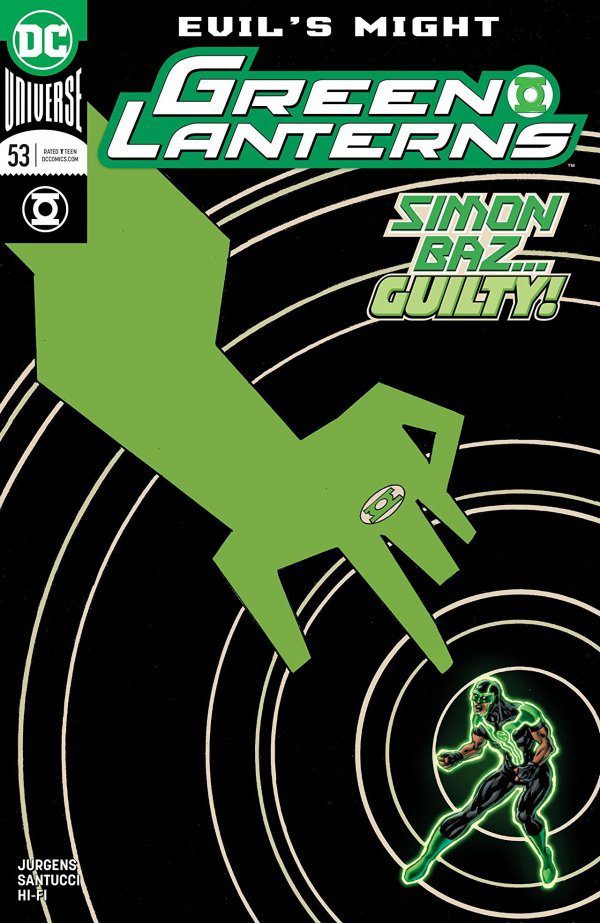 Simon Baz is on his way back to Earth. After abandoning his partner and his teammates, Simon is wondering why he has been sent to Earth so abruptly. The corruption infecting the rings continues to lie to him about his mission as he speeds away from the battle. In the skies over Penelo, Jessica Cruz and Hal Jordan continue to fight the Ravagers on their command ship as they continue to fire on the planet, killing the population and making it inhabitable. Things get even more intense when the entity known as Eon decides to take on Guy Gardner. A prospect that lets Guy spread his creative wings with his construct.

When Kilowog gets an idea of how they might be able to stop the Ravager fleet, we find out that the attack might be more coordinated than everyone thought and that there is another force behind this attack, Eon, and the Ravagers. One that is willing to sacrifice anyone in order to protect its secret and agenda. As the Lanterns press their attack, Simon returns to Earth and a familiar location with a cryptic cry for help that leaves the Lantern bewildered.

The corruption of the Green Lantern rings has been a hit or miss storyline with me for the last couple of issues. So many of this could be resolved in an easier fashion and the fact that none of the characters seems to have the wit to ask questions to understand what is happening makes the story interesting, but not compelling. I really enjoyed this issue because it seemed like it was going to build to something fun and interesting that might expand the arc of the characters of Simon and Jessica, but the reveal at the end was anti-climactic. It just never rose above the level of “ok” with me.

The art is great in the issue though and Santucci does some great work with composition and action. I really loved the first few panels with Simon in space and the Guy Gardner/Eon battle was great to look at as well.