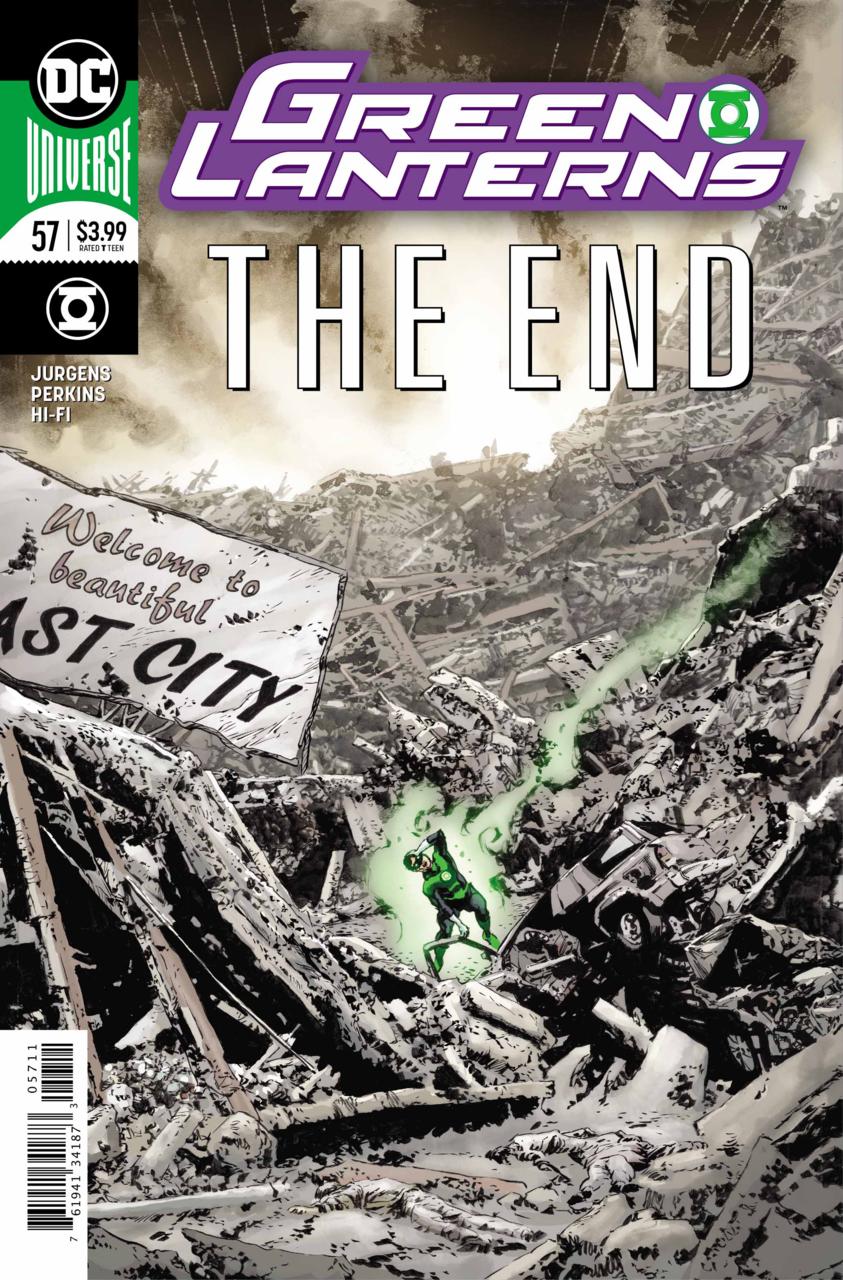 Hank Henshaw has returned to Coast City with the intention of obliterating it once and for all as a final act of cruelty against Hal Jordan. Hal springs into action and takes on the Cyborg Superman with the advantage of his ring not being connected to the power battery. As the battle rages and the destruction mounts across the city, the rest of the corps have gotten back control of their rings and proceed to take the fight to the Ravagers.

If there is one big negative to this issue is that it ends the main plot a little too soon. Just as the elements were getting interesting and the fight is getting better, everything just kind of fizzles out. That being said, the rest of the issue is actually good. I liked how Jurgens crafted this story and how he ended it. There were some great character moments in this issue and it was very entertaining overall. Other than the abrupt ending of the main storyline involving Henshaw, everything else in the issue worked well.

I enjoyed Perkins’ art in this issue as well. There are some great action scenes in it and the fight between Hal and Henshaw is amazing. Perkins does a great job of utilizing and rendering The Phantom Ring and there are some exciting and tense moments in the story that looks great.