Greg Rucka Is Stepping Away From Wonder Woman

Update: DC Comics has announced that “DC Suoer Hero Girls” scribe Shea Fontana will be taking over for Greg Rucka, starting this July. Artist Mirka Andolfo will be on art for the first two issues.

Superstar writer Greg Rucka has taken to Tumblr to announce that he will be stepping down from Wonder Woman after the 25th issue. Since the announcement that he would be taking over for Rebirth, it’s been known that his time on the book would be limited. Even so, he stressed that this was his decision.

“Before we get to rampant speculation, this is my decision. I just can’t maintain the pace on the title while also fulfilling my commitments to my other collaborators. It is, genuinely, as simple as that.”

He describes his time in the critically acclaimed book as, “an amazing experience,” and then goes on to thank his artists and editors. Though he will be focusing in his creator owned work, he leaves the door open for a return to the DC Universe:

Have you seen this:
Big Hero Six is headed to the MCU

“I’m optimistic that there’ll be more work with DC announced soon. In the meantime, Nicola and I are getting back to Black Magick, I’m working with an amazing raft of talent on the Lazarus +66 miniseries, Justin and I are getting ready to return to Portland in Stumptown, and–after far too long a hiatus–Lady Sabre will be returning in the next few months. I’m leaving things out.”

He finished up his Tumblr post with thanking Wonder Woman readers and saying it was a privilege to write Diana. 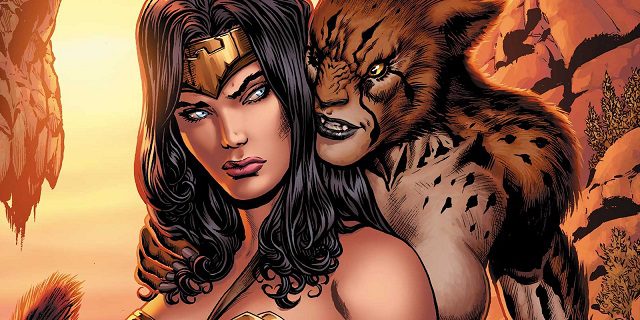 This announcement leaves a big hole in the DC Comics. Though Wonder Woman has always been an integral part of the universe, there is no denying that Greg Rucka had elevated her book. His run is one of the most critically acclaimed series to come out of Rebirth. He was writing alternating storylines, switching between her origin story and modern times. For readers, the good news is that this was expected so DC didn’t have the rug pulled out from under them. Meaning, they probably already have the next writer I place and ready to go.

Controversial artist Frank Cho, had once mentioned that he was in negotiations to take over for Rucka and be writing a “genderless Wonder Woman.” This was reported during their big scrum over his highly sexualized Wonder Woman cover. He of course, has not been doing covers for the series, so one would assume that he won’t be the next writer. That is unless DC is tired Marvel getting all the controversial headlines.