We’ve known for a while that Guillermo del Toro‘s next film would be a remake of the 1966 science fiction classic The Fantastic Voyage for 20th Century Fox and James Cameron’s Lightstorm Entertainment. He had been reportedly in talks but we learned last year he’s indeed attached and he confirmed that his next wouldn’t begin filming until late 2018.

The brilliant scientist Jan Benes develops a way to shrink humans, and other objects, for brief periods of time. Benes, who is working in communist Russia, is transported by the CIA to America, but is attacked en route. In order to save the scientist, who has developed a blood clot in his brain, a team of Americans in a nuclear submarine is shrunk and injected into Benes’ body. They have a finite period of time to fix the clot and get out before the miniaturization wears off.

Omega Underground has learned about some of his crew hirings ahead of the film’s expected fall/winter 2018 production start in Toronto, which we assume will shoot on stages at Pinewood Toronto Studios.

The location has been home for the recent wave of del Toro’s movies including Pacific Rim, Crimson Peak, and The Shape of Water. 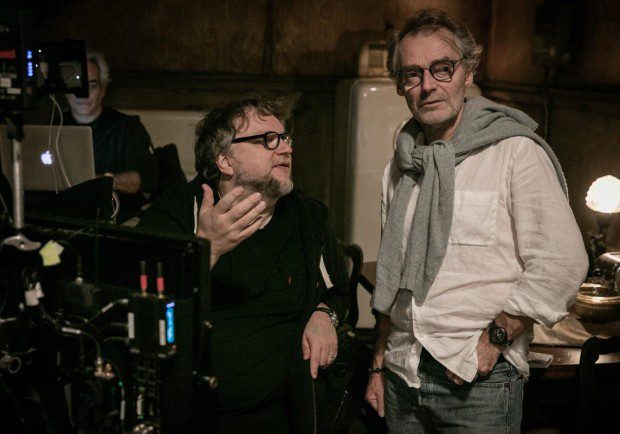 Speaking of Shape of Water, he’ll be reuniting with Danish cinematographer Dan Laustsen on Fantastic Voyage. With Oscar talk for the film it seems like a continuation of their pairing could be a good idea when heading into the scale of a blockbuster.

A large film like this also needs someone to help design the massive world of the internal body and their exploration suits/ship.

The company has a working relationship with James Cameron’s Lightstorm Entertainment, who’ll be producing the remake and was originally eyed as a directing vehicle for Jim. Weta recently worked on Avatar 2 and Alita: Battle Angel.

Have you seen this:
X-Men: The Animated Series showrunner weighs in on Marvel integrating mutants into MCU

It remains to be seen if Tim Miller’s Terminator (produced by Cameron) will be getting some love from Weta Workshop as well. Terminator is expected to shoot primarily at Origo Film Group stages in Budapest, Weta worked on both Spectral and Blade Runner 2049 which shot at those facilities.

I have my fingers crossed that Cameron seeks to have Weta involved with most of his projects.

We don’t have concrete production or release dates for the film but will update when we do.