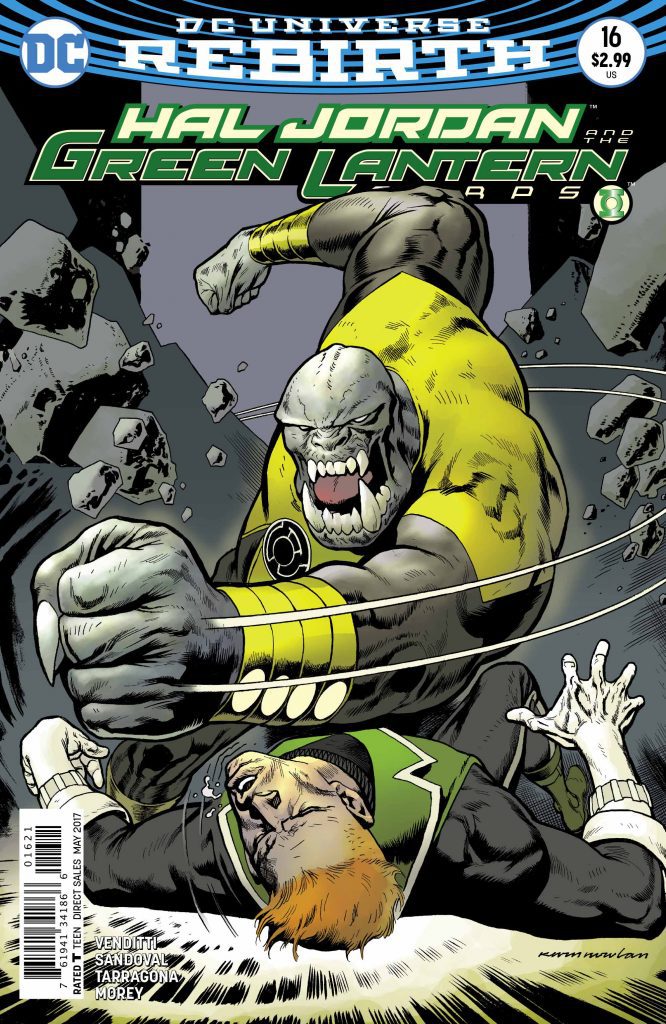 Our reluctant partners are proving to be effective in bringing a choice to the fugitive members of the Sinestro Corp: Become an instrument for good or find yourself in a cell. Unfortunately, this tentative alliance could be in danger of collapsing at any moment and that collapse might be coming in the form of Guy 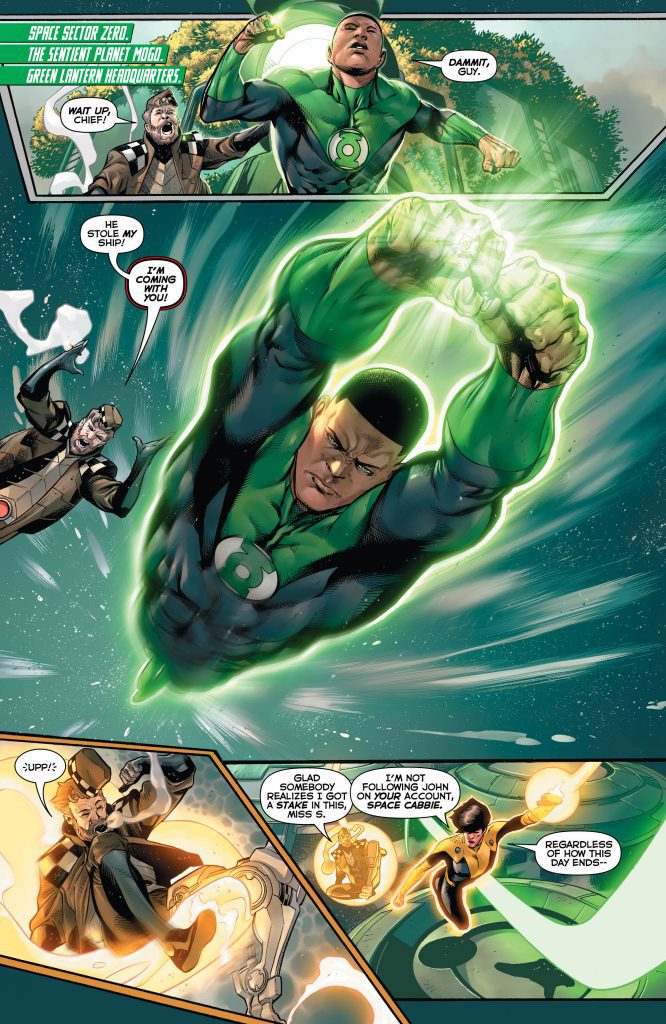 Gardner. As John Stewart, Soranik and Space Cabbie go in search of the rogue Lantern, Guy has decided to confront Arkillo alone and without his ring in a bare knuckle brawl. As Guy gets laid out by Arkillo, we get a look into Guy’s past and the circumstances that shaped him into the man that he is. The moments is effective and does serve to show how Guy does have a solid sense of Will.

Admittedly, I’ve never been a fan of Guy Gardner. He always reminded me of every other wannabe “edgy” , “hip” character at the time when he was re-introduced in the 80’s. Here, you get a sense that the bravado serves him in a way that frankly, might be the only thing that’s kept him alive for so long. Meanwhile, Hal, Kyle and Saint Walker return to Mogo As Hal and Kyle decide to help round up the rogue Sinestro Corps members, the guardians have another mission in mind for the Blue Lantern. As John and Soranik finally find Guy and Arkillo, they have beaten each other to the point where one or both of them might not be walking away.

This story continues to surprise me. Robert Venditti gave me a reason to not only care for Guy Gardner, but also to care what happened to him. There are some cliché moments in the story that straddle the line between poignant and cheesy, but the story never veers over one line or the other. Each issues improves on the previous by giving a testament in the characters about the power of Will. Rafa Sandoval’s art is visceral and beautiful, especially in the fight scenes with Guy and Arkillo. There is a savage beauty in how those moments are composed and you feel every hit as the fight progresses. The shading and coloring also really help with the visceral feel.