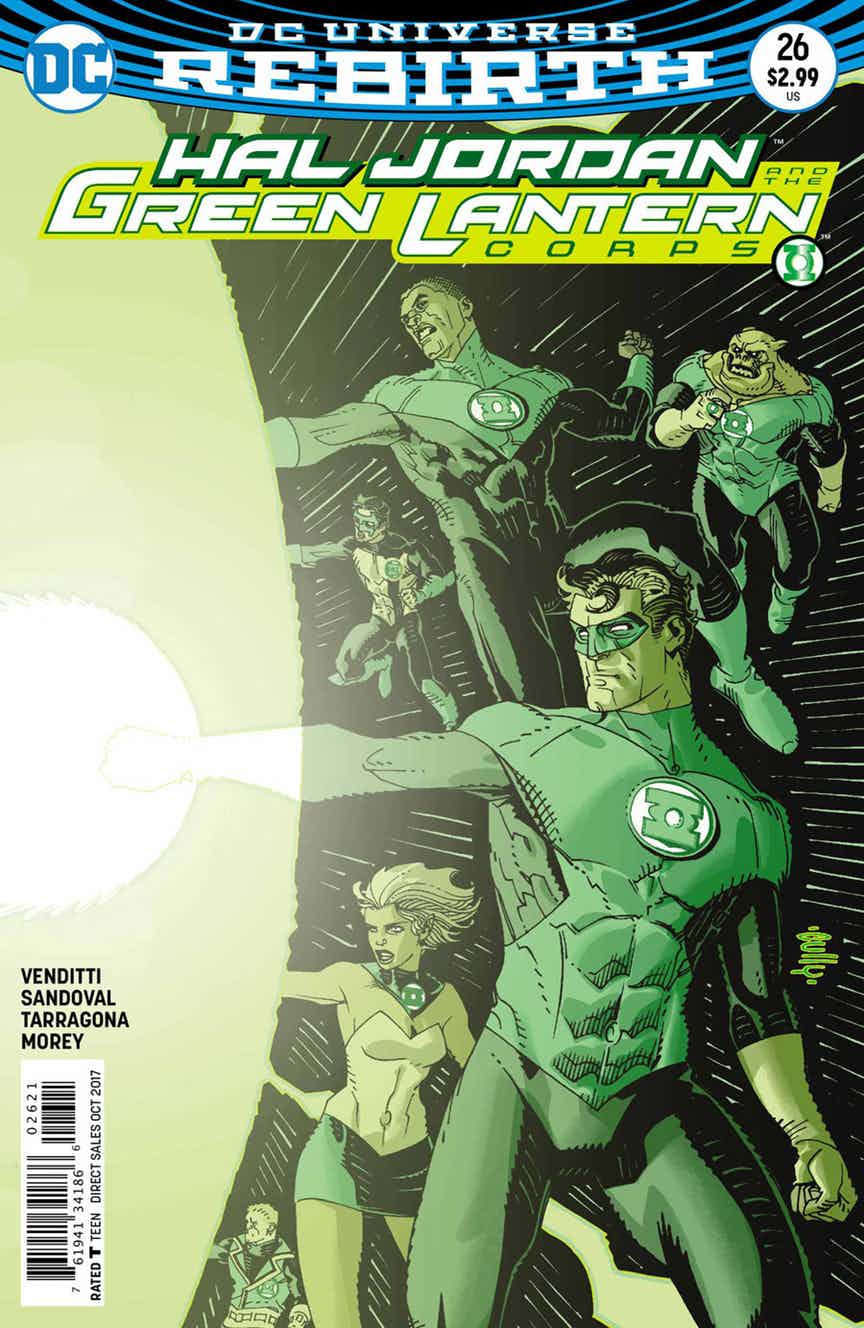 “Fall of the Gods Part One”

It’s hard not to think that the beginning of this issue has a direct tie to the upcoming Metal event when it uses all of the buzzwords: Metal, Forging and Multiverse. On Old Genesis, a group of beings comes forth from the depths of the planet, causing Green Lantern Graf Toren to wake up screaming Metal. As the monk tries to find his center and speaks of an ancient prophecy, John Stewart and the rest of the corps are dealing with the aftermath of the broken alliance with the Sinestro Corps. They also find themselves dealing with too many incidents and not enough people to handle them.

When Salaak finds an anomaly in space, he redirects Hal Jordan and Kyle Rayner to the sector to check it out. As they traverse at faster than light speed, Hal 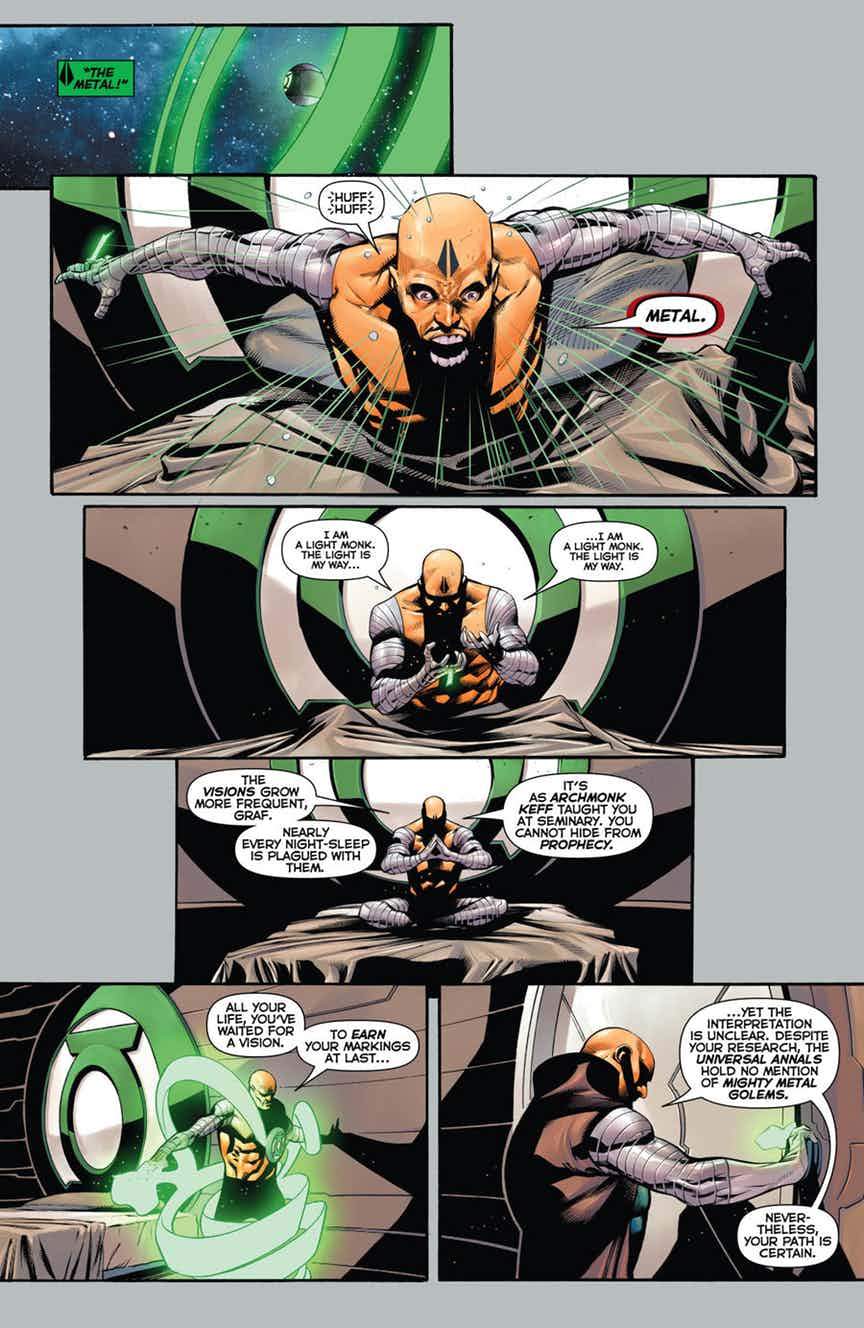 gives Kyle to option to talk about the situation with Soranik and how he’s feeling. As the Lanterns get closer to the system, they find that the entire system has been destroyed and there are no survivors. A sound signals them that something is coming and the two men prepare for whatever it is. When Orion of New Genesis arrives, he tells Hal that they need help. As they continue to discuss the matter, Omega beams emerge from the Boom Tube and his Orion, causing them to take the injured New God to the nearest planet with a doctor. A plan that causes the source of the beams to follow to a now populated world.

Venditti has crafted another intriguing start to a story arc with this issue. It has all of the makings of a thriller while also showcasing some high stakes action. Sandoval’s art really amps up the stakes of this mystery and the use of scale shows the powers of this new threat to the universe. I enjoyed this issue on many levels including the plots ability to dive into the ramifications of previous events without sacrificing the forward moving story. Those moments between Guy/John and Hal/Kyle are framed really well. They get to the point and don’t distract from the story.