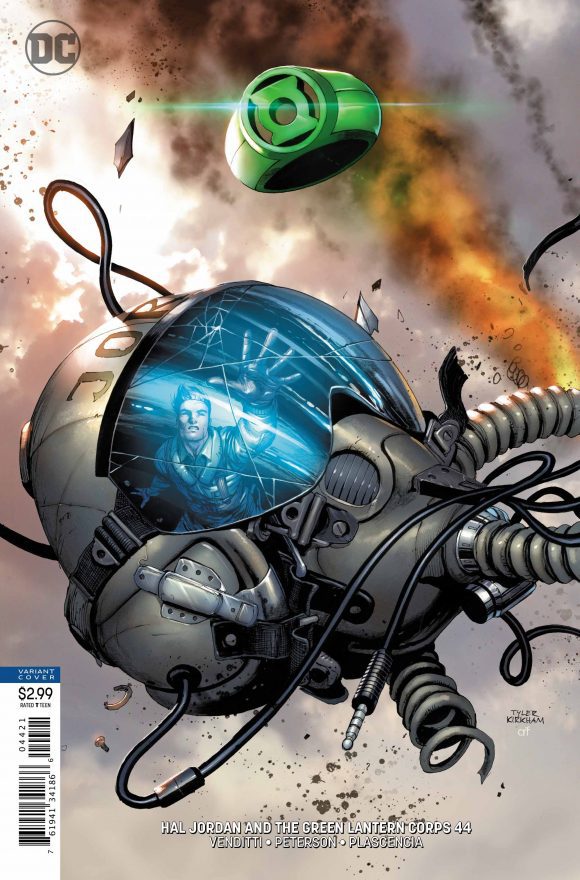 Hal makes a return to Earth to investigate the murder and his ring determines who it was. This also prompts Barry to get involved, especially since it happened in his city. It was only a matter of time before this happened and I like the fact that the story replays the death of Tomar-Re to give the moment before some emotional context as well as educate new readers on Tomar-Tu’s motives. It also helps show that Hal is acting off emotion rather than intellect because he knew this was coming and didn’t stop it in time.

His back and forth with Barry is well written. You get the history between these two heroes and the friendship, but you also get Barry starting to realize that there has been a change in Hal. One that he doesn’t like. At the same time, Guy and Kyle are on a mission to recruit some new faces for the upcoming battle against the Darkstars as their numbers grow. Unfortunately, they have to go to some people who operate outside the law.

I’m not going to lie, the moment between John Stewart and General Zod is one of my favorite recent moments in comics because it was handled so well that you never saw it coming until the final moment. Well done story wise and visually. The whole issue is raising the stakes of this impending conflict and it looks like there are going to be some dark times coming for everyone involved. Something that could be incredibly fun to read if the creative team continues on this trajectory.