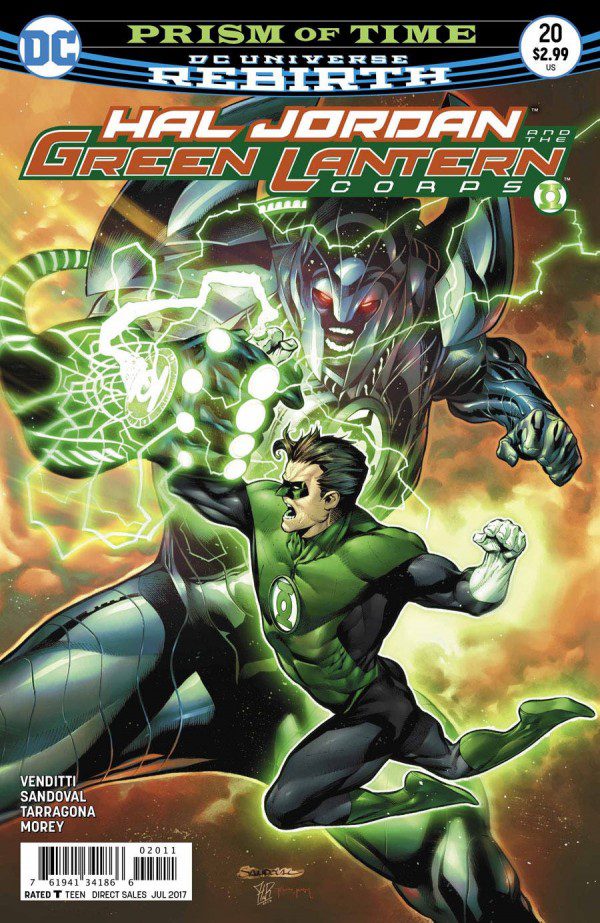 The Green Lantern Corps and their Sinestro Corps allies have formed a perimeter around Mogo to stave off the invasion of the approaching army of creatures made of pure will. Hal is throwing everything he can at them as John coordinates with Kyle and Rick Hunter to come up with a plan to end the incoming threat. As Hal gets close to one of the beasts, he determines that these beasts are actually constructs and he comes to a realization that will have repercussions for everyone involved. Meanwhile, Sarko is still in Sector 563 with the imprisoned Space Ape and Gorin-Sunn. The villain is determined to destroy both corps and the alliance between them. 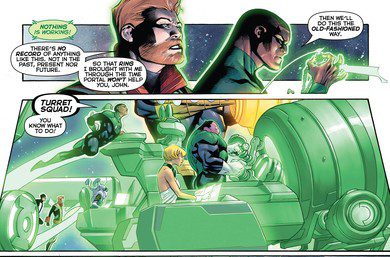 As the corps works together to enhance Mogo’s abilities, Hal continues to put together where these constructs are coming from. The coordinated effort fails and John wants answers from Rick. Unfortunately, Hal has determined where these creatures are coming from and the fact that their presence is his fault. With this information in hand, the Corps makes a desperate gamble to buy time for Hal to escape as John and the rest of the Lanterns are forced to make a difficult and dangerous decision. 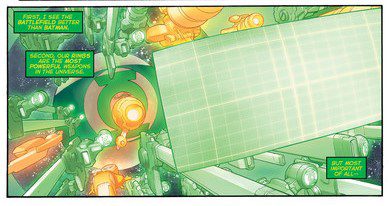 I really enjoyed this issue. The arc is continually interesting and I continue to be curious about where it’s going. I can’t predict it and that has me intrigued. Venditti has written an engaging story about consequence and sacrifice and it will be interesting to see how he ties this particular arc up. Sandoval’s artwork is really dynamic and I really enjoy his depiction of the constructs, both the enemy ones as well as the corps. There are great action beats throughout and they visuals really enhance the tension throughout the story.