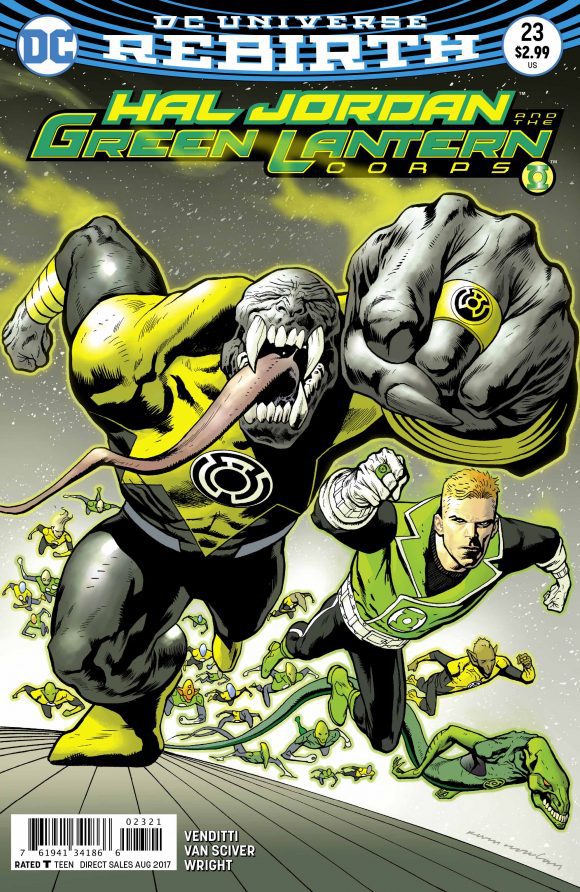 In the second part of the Fracture storyline, Bolphunga continues to assert that he has evidence that a Green Lantern murdered a member of the Sinestro Corps. He tells Hal Jordan and John Stewart that if they don’t let him go, he will broadcast the evidence of a recording he says he has in his possession. Hal is immediately skeptical, but John acknowledges that they have to investigate his claims and that they don’t have much time to do it. As Jordan and Stewart debate the voracity of Bolphinga’s story, the members of both Corps are settling into the routine of working and existing together. Kyle decides to confront Soranik at lunch about giving her back her Green Lantern ring.

As Hal confronts Soranik about a situation with Tomar-Tu, John sends Guy Gardner to not so subtly find the supposed evidence that their hiding. As both Guy 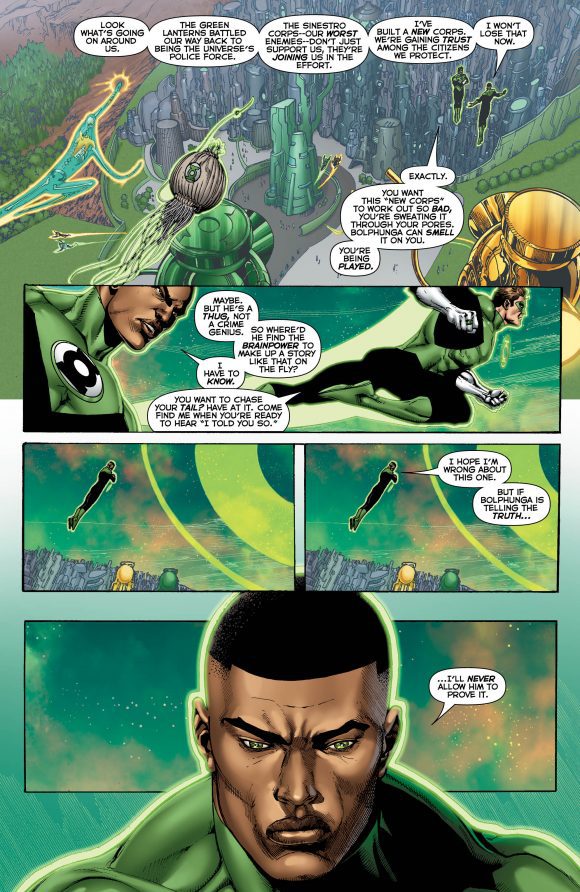 and Ark take on the pirates together,  Soranik travels to the morgue to autopsy the body of the future villain Sarko. As she does her analysis, she finds out the truth of the villain’s lineage. A truth that sends her into a violent rage just as Guy and Ark deliver the evidence to John. When the corps leader reviews the evidence, he and Hal Jordan come to a realization that could destroy everything that they have been building together.

I really enjoyed this issue. It had the tension and pacing of a thriller with enough mystery elements to keep me engaged throughout the story. Venditti has opened so many new doors for drama with these characters that it’s going to be interesting to see how these new plot threads play out over time. The fallout from both parts of this story could potentially be devastating and the buildup showcases a level of suspense that is great for the reader. EthanVan Sciver’s art is always dynamic when he’s depicting the action of these characters, but he’s really shown some great detail in the facial expressions of the characters. There are a lot of conversations in this issue and the art allows for the impact of the exposition to not be lost on blank stares.