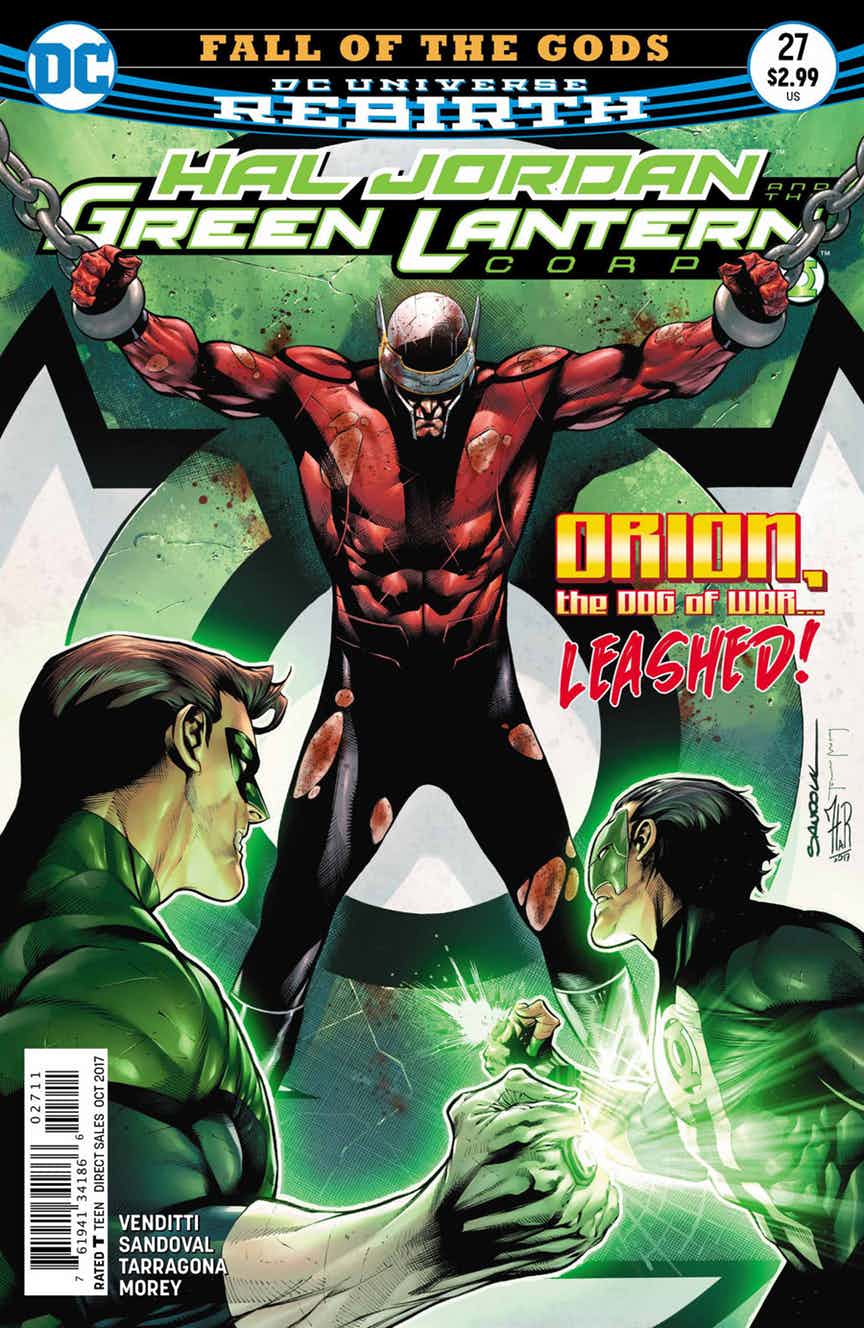 “Fall of the Gods Part Two”

As the giant Golem that destroyed an entire planet in the last issue continues to hunt New God Orion, Hal Jordan and Kyle Rayner want answers. As the Lanterns do their best to hold back the Golem, Orion insists that he should have been left for dead. Hal and Kyle manage to knock the thing down, but it keeps coming, using an Omega weapon to drive them back. In order to slow the creature down Orion proposes a risky plan.

After fooling the Golem into moving on to its next objection, Hal, Kyle and a badly injured Orion travel back to Mogo. John Stewart calls in Graf, who has been 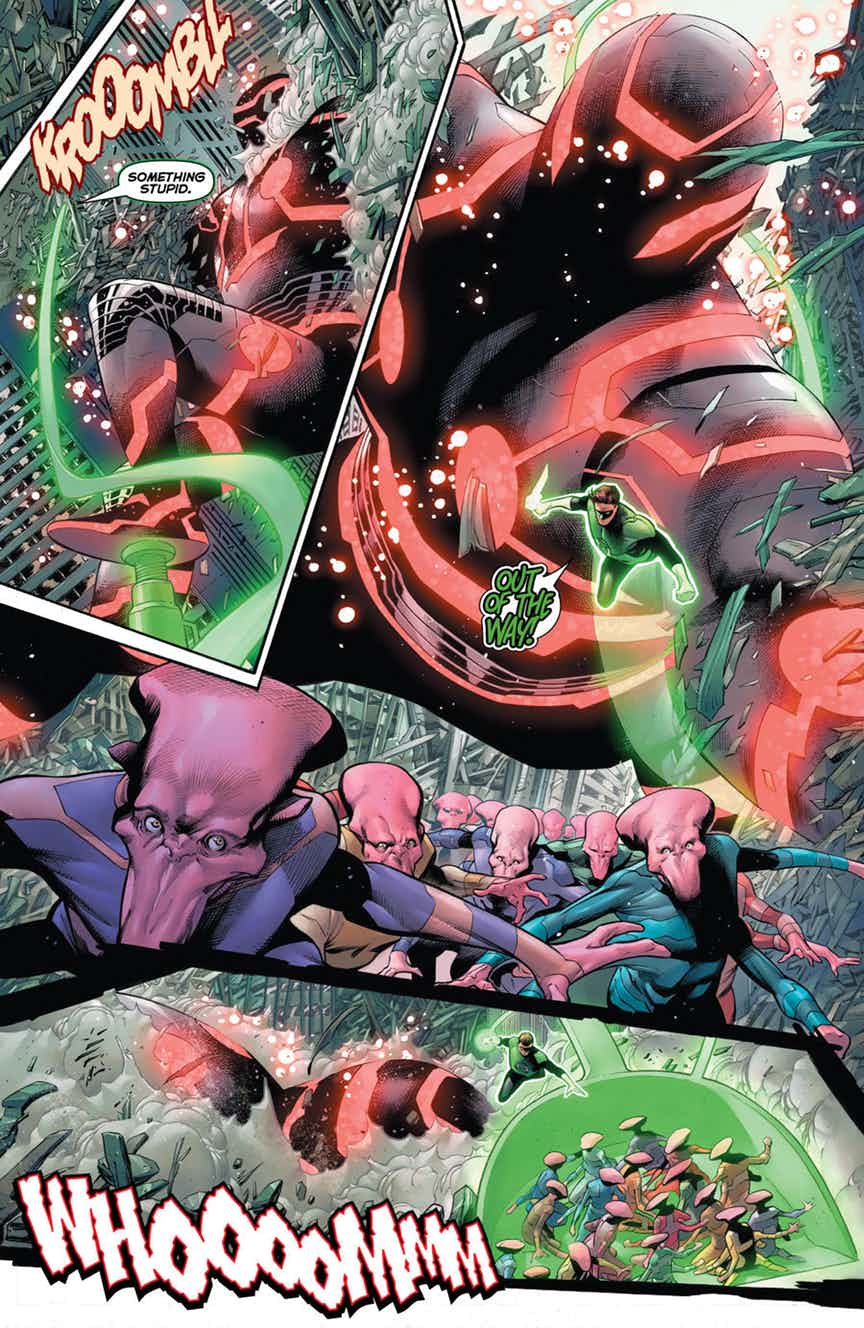 dealing with nightmares regarding the Golems and one word: Metal. They also bring in recent recruit Two-Lobe, who has psychic powers to try and get answers from the comatose Orion. We get the back story on the creation of the Golems, their leader Yuga Khan and his connection to the Source Wall. As the source of the Golem’s power is revealed, John dispatches Hal on a dangerous mission that could have repercussions across the multiverse.

This was an interesting continuation of the story with some great dramatic moments. Venditti has crafted a really good mystery in this arc and the connections to the bigger story coming with the introduction of Nth Metal. Sandoval’s art is great to look at and there are some amazing details in the battle scenes with the use of color. I really enjoyed the visual look of this issue.