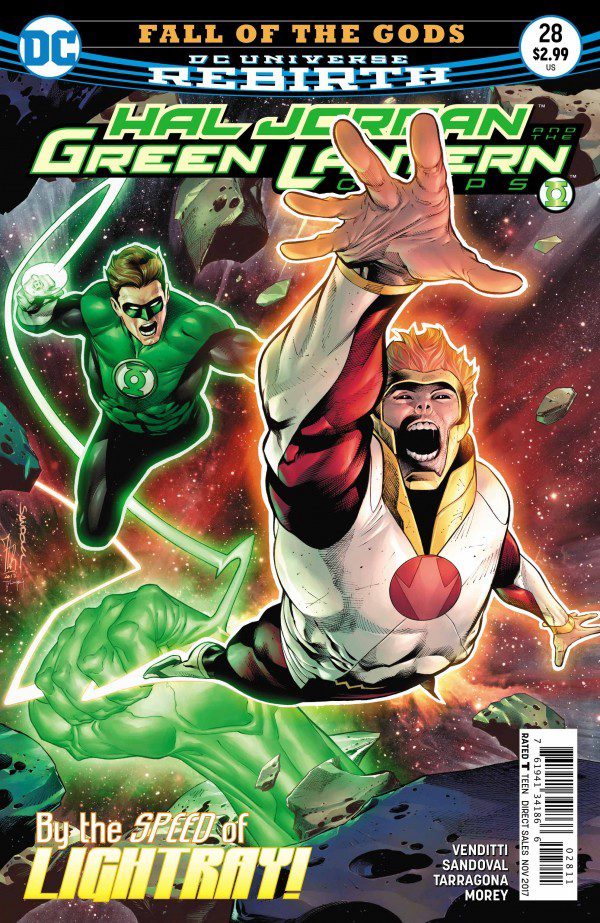 “Fall of the Gods Part Three”

Hal Jordan is speeding through space as fast as he can in a construct designed after his first love; being a test pilot. His mission is dangerous and there is a low probability of success. Especially, since his mission is to track down and stop Lightray, Speedster of the New Gods. The mission doesn’t get any easier when he catches up to the speedster only to discover that he is pulling Highfather along with him while trying to escape a set of closing Omega Beams. As Hal tries to determine the best way to speed up to his quarry, he is visited by the ghost of someone very close to him.

As Hal and the mysterious entity with him begin to speak, the pilot and hero recalls one of the darkest moments of his life and gets a renewed sense of 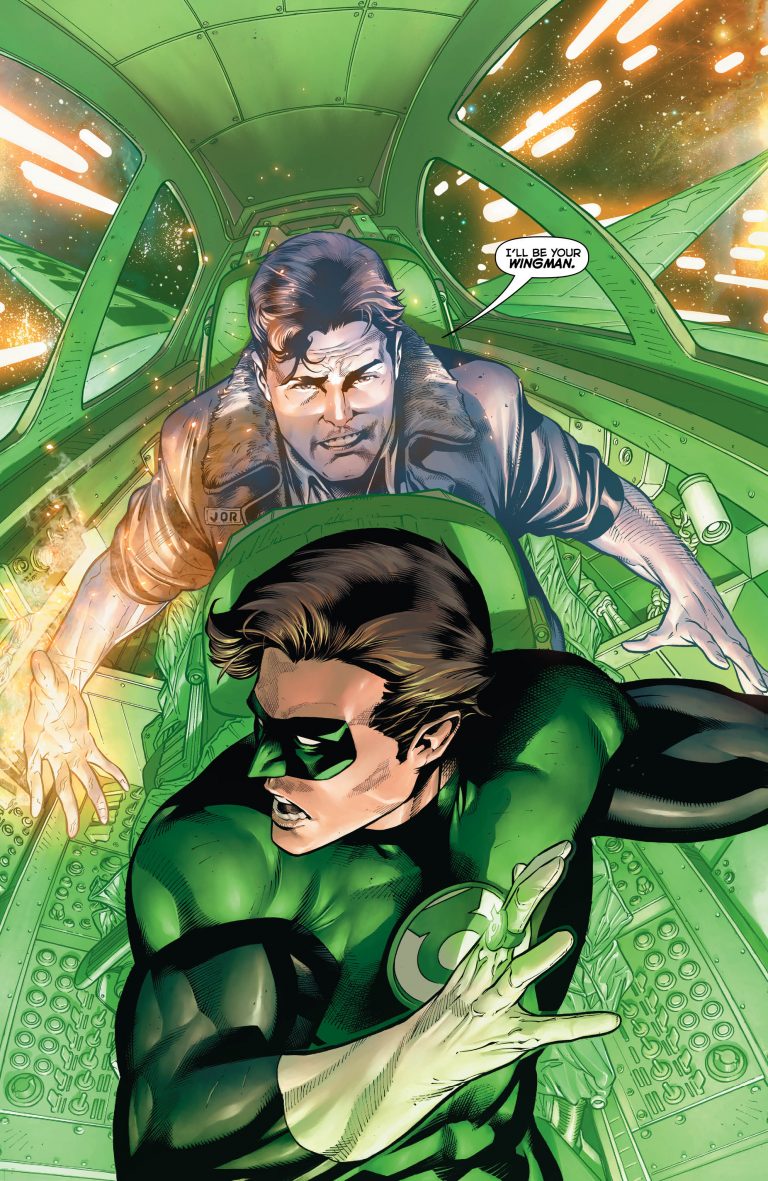 purpose about who he is and what he needs to do. As he makes his play to cut the distance between himself and Lightray, he forms a plan to not only rescue Highfather but to possibly end the threat of the Omega Beams as well.

While I would have liked to have gotten more in depth about the nature of the threat that Hal is facing in the Golem’s, this is a really good issue. I enjoy the moments of reflection Hal allows himself as he seeks a way of reassuring himself of who he is and what he needs to do. Venditti keeps the story moving on the page and Sandoval’s art keeps it moving panel after panel. There is a real sense of speed and tension in the pages and they make this issue work overall.