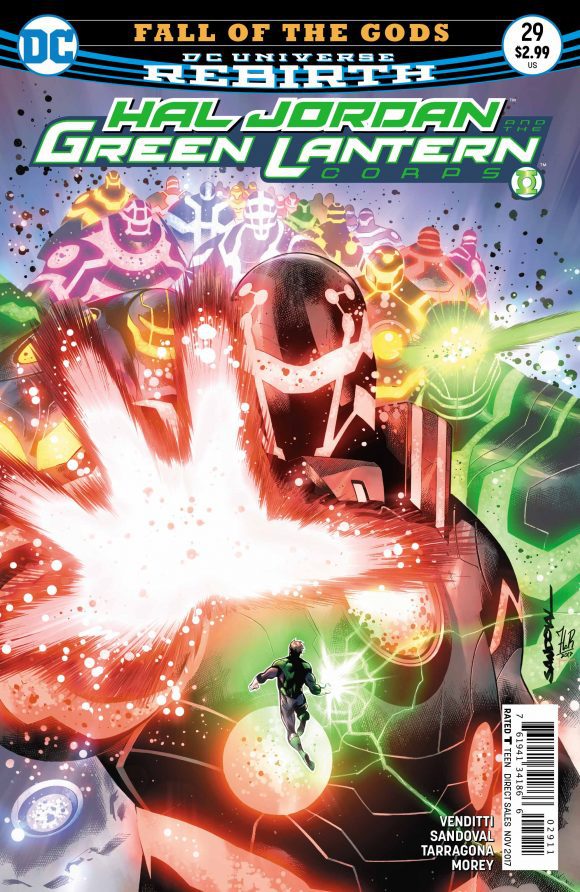 “Fall of the Gods Conclusion”

Hal Jordan continues to try and escape the incoming Omega Beams that are targeting Highfather. As he explains to his passenger what happened to his son Orion, Kyle is fading after 27 hours of keeping Orion alive artificially. John Stewart arrives to try and see what he can do as Two-Lobe tries to pull information from Orion’s mind. After they get the info they need, John leads a strike team straight to the Source Wall to try and prevent the Golems from releasing Yuga Khan. 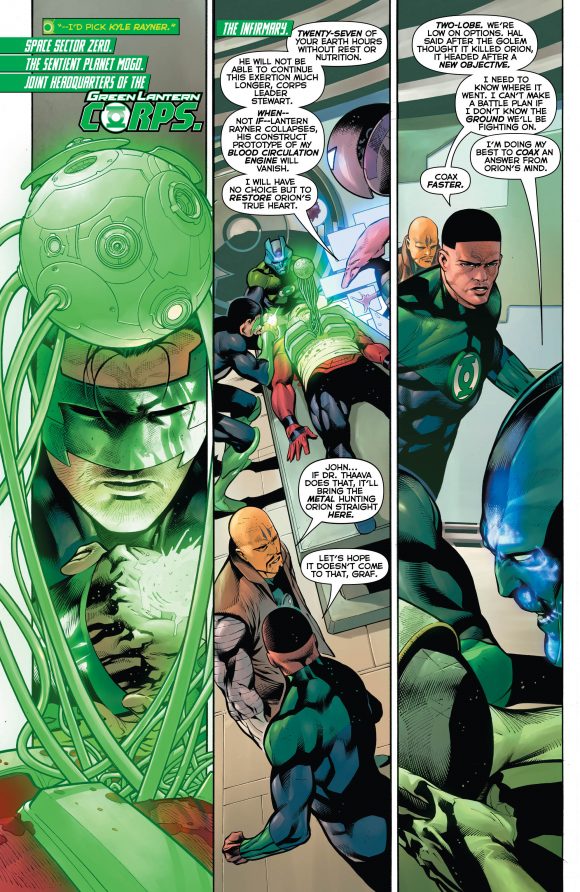 As the corps attempts to hold back the force of the Golems, Hal arrives with Omega Beams in tow and uses them to take out one of the giant creatures. As the rest of the Lanterns figure out how to take out the giant machines, another arrives and Highfather decides to join the fight in an attempt to give the Lanterns time to find a weakness. As they press their attack, the threat of Yuga Khan continues to build.

This was an enjoyable conclusion to this arc. There were moments that felt a little rushed, but overall, the pacing was good and the action beats sold the overall narrative. It was fun seeing Hal get to be the hotshot he always gets called and the dynamic between John and Guy continues to amuse me. The art was great and the brightness in the panels was fun to behold. An enjoyable conclusion.