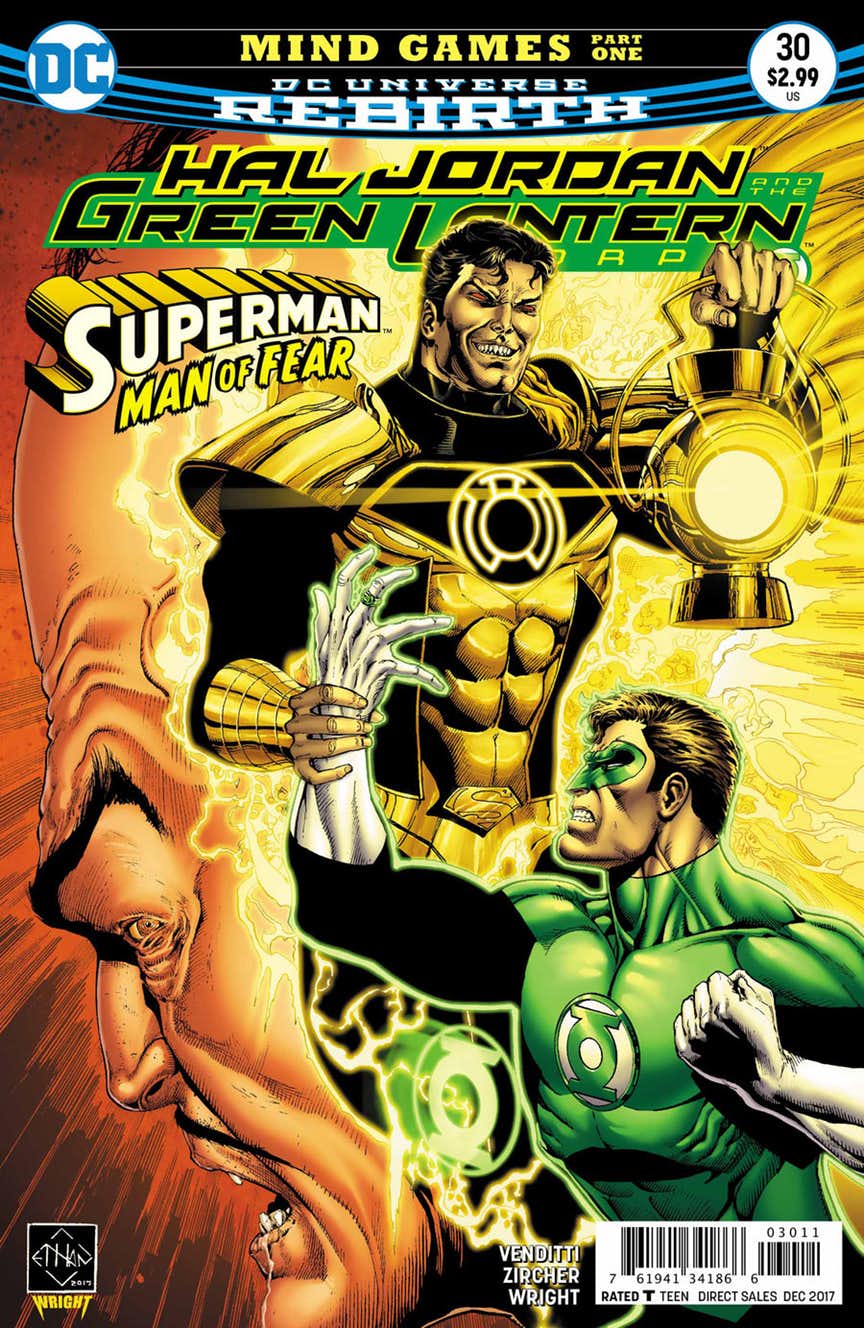 After dealing with cosmic matters and intergalactic strife, Hal Jordan has come home. Unfortunately, it isn’t for pleasure as he has to interview a witness to the return of Sinestro, Superman. As Superman recounts the battle he had with Sinestro and Parallax, he hands Hal Sinestro’s ring. Finding no traces of the entity inside, he secures and ring and then is attacked by Superman. Parallax has possessed Clark and the two heroes battle across the countryside. 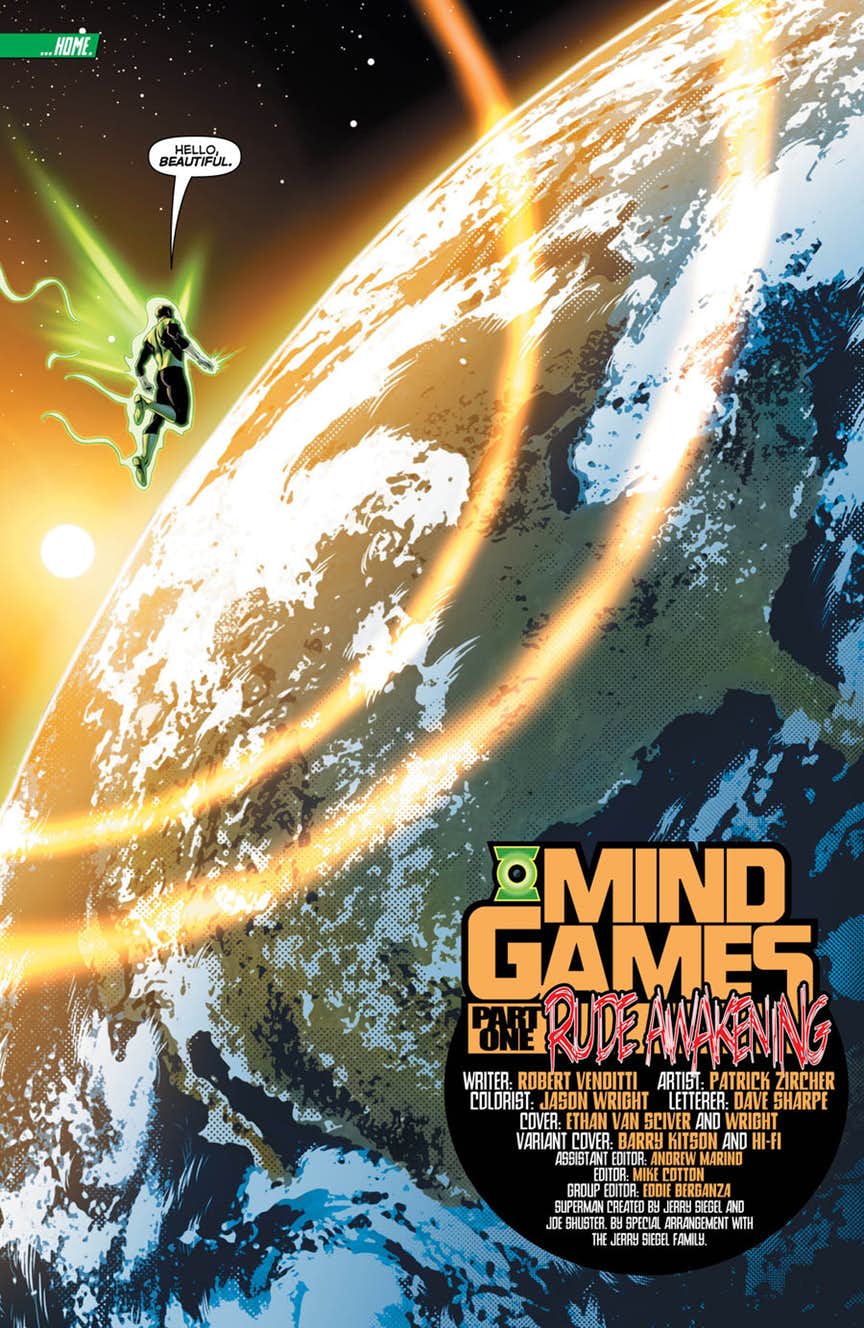 As the battle continues, Hal tells the entity about how he cannot possess Clark and the two continue their fight until a revelation is made that brings Hal into the path of one of his oldest foes.

I wish there was more to say about this issue, but there just wasn’t much there, to begin with. The Hal/Clark interactions were not that interesting and the entire plot quickly boiled down to the two of them fighting and yelling declarative statements at each other, Parallax or not. It would have been more interesting to reverse engineer this story and start with the reveal and how the character in it manipulates Hal Jordan and the people around him. The art looks great, but there just isn’t much to work with story wise in this issue.