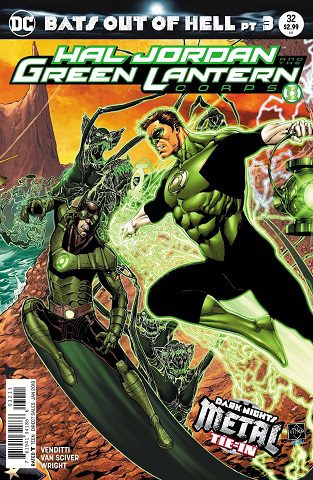 “Bats Out of Hell Part Three”

For anyone who knows about Hal Jordan, he has a special affection for his hometown of Coast City. In a moment of memory, Hal remembers the time that he and the rest of the Corps helped rebuild Coast City. As the scene transitions back to the present and the city is encased in darkness, Hal is going toe to toe with the Dawnbreaker. As the nightmare Batman attempts to inspire fear in Hal, the Green Lantern is more amused than anything else. What follows is a match between a Lantern filled with rage and one who is without fear. 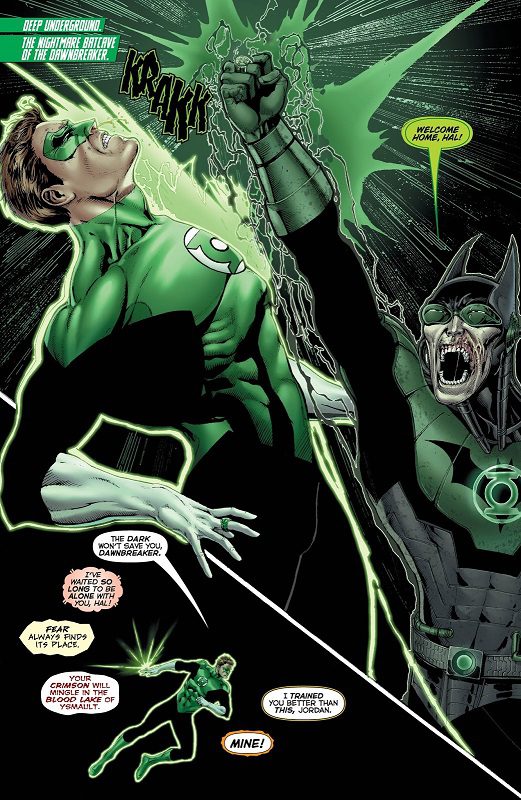 Dawnbreaker uses to try and intimidate Hal as well as the monuments to Jordan’s enemies that Dawnbreaker has collected in his twisted Bat Cave. Hal, to his credit, attempts to teach the young Lantern what it means to be fueled by willpower. At the same time, the Batman who Laughs reveals a part of their plan that involves Cyborg and the potential destruction of the multiverse itself.

Have you seen this:
SFSX Vol. 2: A Big Triumph From Image Comics! (REVIEW)

The Bats out of Hell storyline is a well done continuation of the events of Metal. Seeing the Justice League go all out to take on versions of Batman infused with their powers is inspiring. Venditti allows for Hal to have the hero moments that he deserves as he schools the young Bruce on what it means to truly wear the ring he has on. Van Sciver’s art is always amazing and blends the narrative moments together seamlessly with the action.