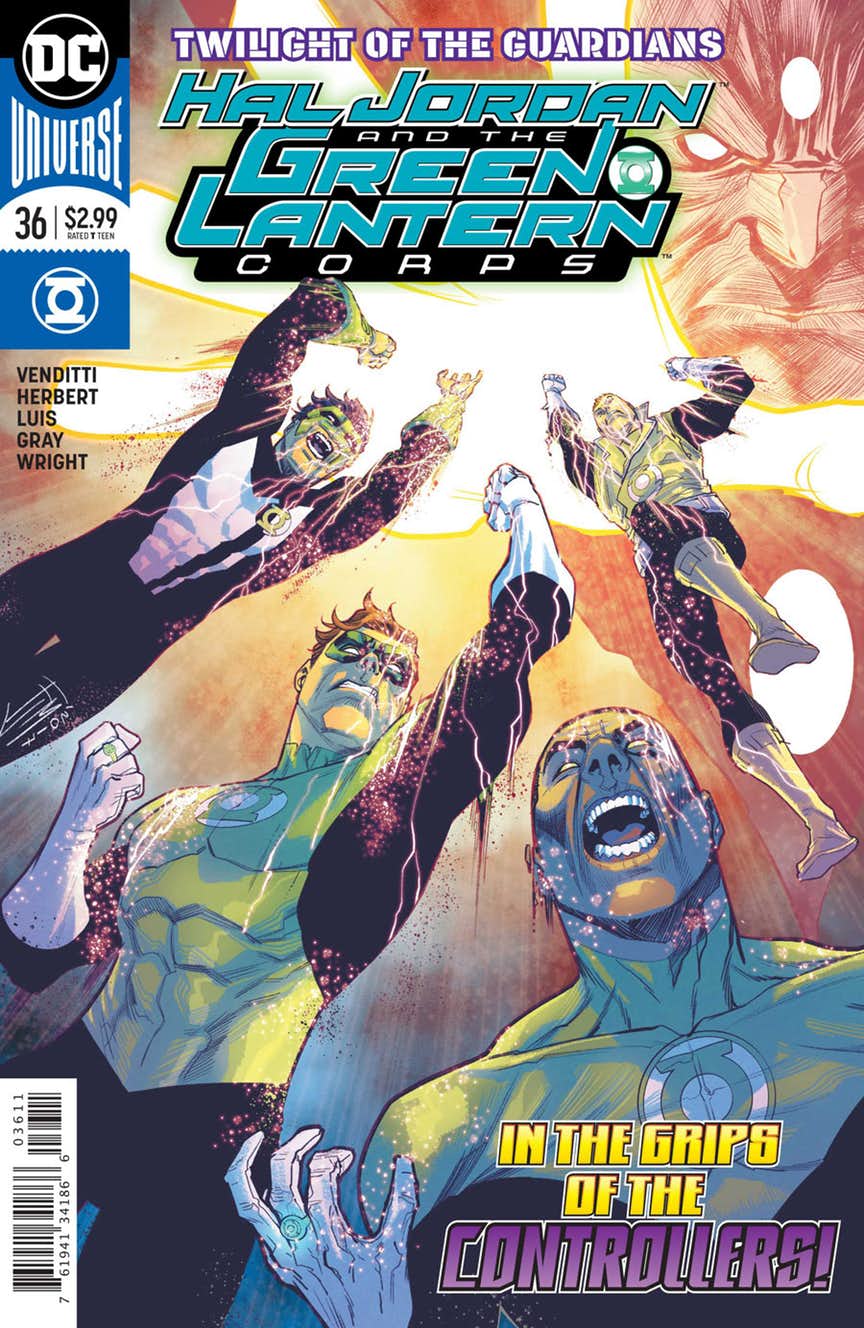 Ganthet is pondering in the void something no one would have expected from a Guardian of the Universe. Something that, if he survives, might change the nature of who the Guardians are in the future. As he thinks about what might be his end, the Green Lanterns arrive to stop the Controllers. As the corps tries to press their advantage, they are stopped by the Controllers and frozen in place with their powers. As the Lanterns are stopped, the leader of the Controllers orders the rest of the Guardians to be harvested all at once.

As the Controllers prepare to end the corps, Ganthet remarks on the unique strengths of each member who has come to rescue them. He 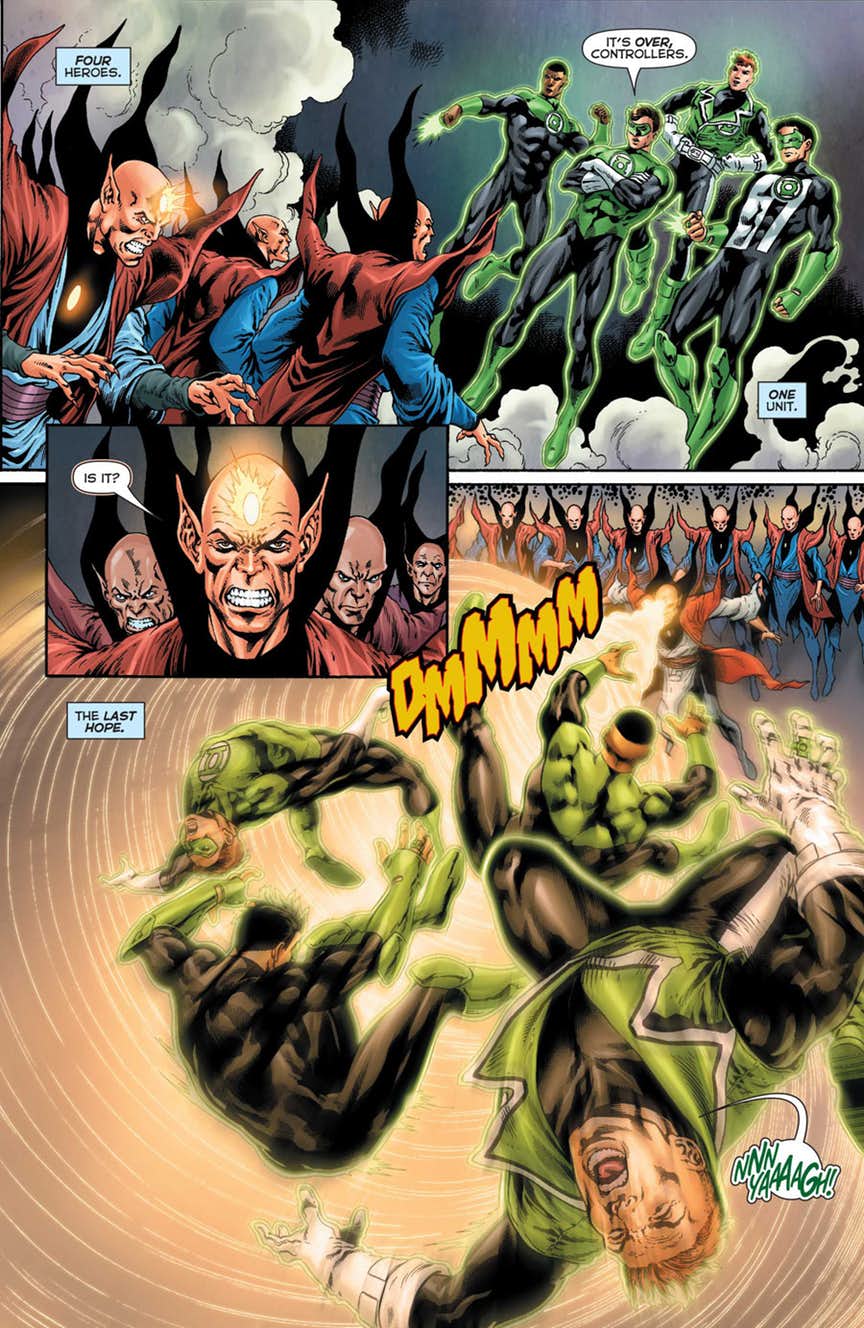 marvels at John Stewart, Guy Gardner, Hal Jordan and Kyle Rayner and how each of them brings something unique to the role of Green Lantern and how each one of them is worthy of the ring that they wear. It’s a nice subtle moment that isn’t overly emotional but is effective in reminding the reader of who these characters are and what they mean to this team.

I don’t want to spoil anything about the conclusion of both this issue and the arc, but it is satisfying if a little brief. I would have liked to have seen more of a reckoning between the Guardians and the Controllers, especially considering what they’ve lost. I think the emotional stakes raised in this story arc should have been given a moment to be reflected on, but these threads might get pulled down the road and they should be. The art is well done and the details are great, with some great hero moments for each character which I enjoyed.