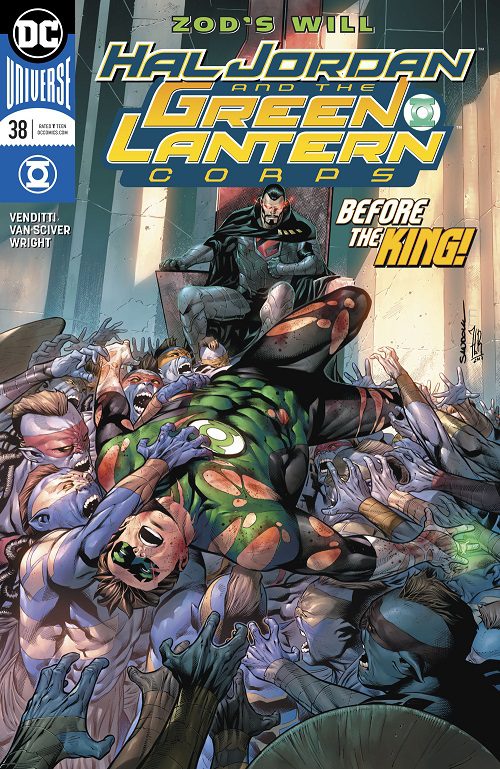 In the last issue, Hal Jordan and Kyle Rayner were dispatched to an alien planet to investigate something strange. When they arrive, they are attacked by General Zod and his forces and captured too easily. The people of the planet have been enlisted to build a fortress for Zod and his people. Hal and Kyle are locked in the dungeon without their rings and Kyle is in pretty bad shape physically. When they wake up, they discover that Zod wanted their rings and the Eradicator is analyzing them as Hal is brought before Zod and his family for dinner. 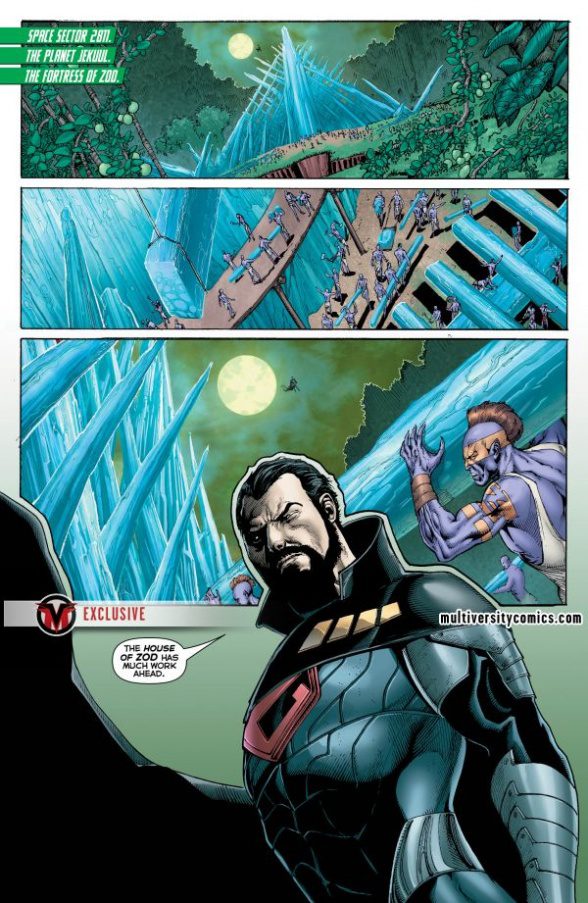 the Green Lantern corps and how their failure to save Krypton was something of a blessing. Hal decides to be Hal and interrupts Zod’s lesson to his son with some truth that Ursa does not appreciate. When Hal is returned to his cell, he tells Kyle about what happened and the fact that Zod doesn’t know that Hal’s ring is different from the other Green Lantern rings. A fact that the Eradicator will find out personally when the ring breaks out of containment and straight through him.

As the two of them escape, they attempt to get the inhabitants of the planet to join forces with them to take down Zod. Unfortunately, they find out quickly that the inhabitants have different plans. As Hal finds out part of Zod’s plan, he decides to send the injured Kyle to warn the rest of the corps along with evidence of something that is a potential threat to both the corps and the universe.

This issue is much more interesting than the previous one. First, there is an effort to portray Hal as a tactician, which he should be in a way. The previous issue had them flying in blind and taking on Zod without backup or a plan. This issue is a counter to that as it shows Hal being the hero he’s always been. The art is always great in this series and I love the rendering of each character and how detailed their expressions are. I am interested to see where it goes.

Have you seen this:
DC Fandome Returning OCtober 16th!