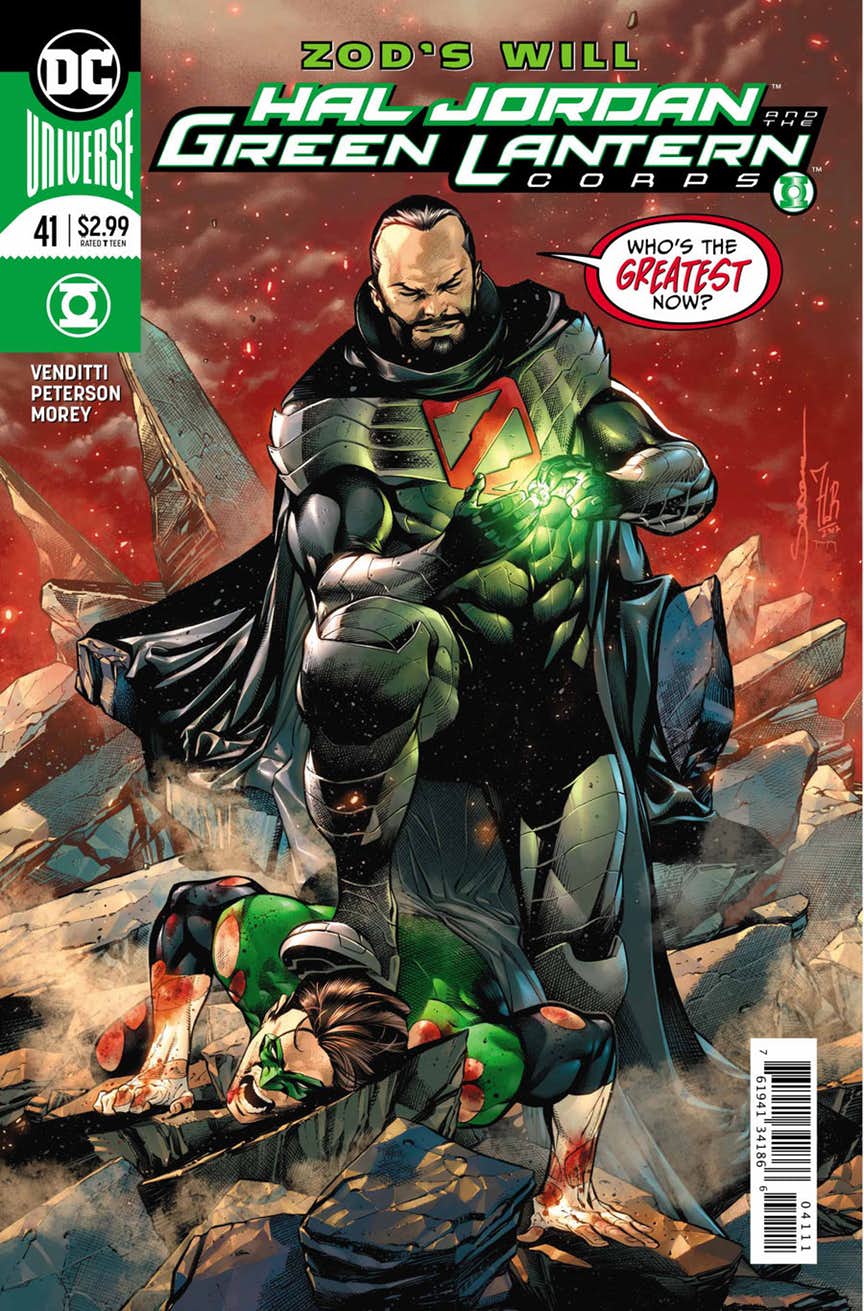 The Lanterns continue their assault on the planet Jekuul in an attempt to bring down Zod and save both Hal Jordan and Kyle Rayner in the process. As Kyle lay wounded, Eradicator continues to study his ring.

Hal and Zod’s battle rages across the sky as both men give as good as they take. Hal’s voice over affirms his commitment to his principles, his beliefs and to the will that has made him a Lantern as well as a hero. A will he is going to need in buckets in order to stop the rampaging Kryptonian, his family, and his followers. What makes this battle epic is Hal’s explanation to Zod about the difference between his pilot instincts and the general’s raw power when it comes to the skies. His actions rile Zod enough for the villain to lose his composure and strategy as the fight rages on.

As Zod rages at the thought of Jordan beating him, the former pilot uses that rage to give the despot a lesson in the difference between Air Force fighting and Zod’s military upbringing. A lesson that the would-be leader of Jakuul learns the hard way. A lesson that is short-lived as the Guardians of the Universe decide to intervene with information that changes the dynamic of the entire encounter and we learn that the confrontation may have been part of a bigger plan all along. 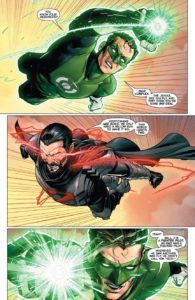 This issue went a long way towards repairing some of the problems I had with the previous one. There is a forward moving momentum to this issue and I felt like I was seeing something new instead of a retread of the first few skirmishes. Venditti does a great job of following the threads of this story and laying out some new ones that look interesting to follow as well. I still find myself on the fence about Zod and his “family”, but this issue does a good job of establishing him as a bigger threat than just a Superman villain. I’m intrigued to see where this is going.