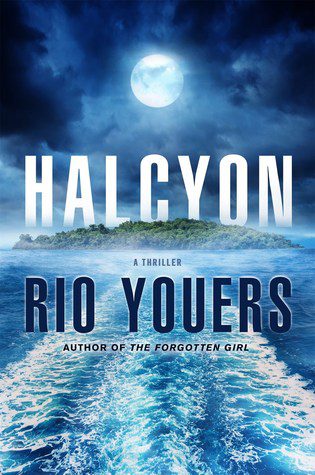 Captain Benjamin Sisko said it’s easy to be a saint in paradise— but what if paradise isn’t all it’s cracked up to be? That was— one of the many—questions on my mind after checking out the upcoming novel Halcyon, by Ontario author Rio Youers (@Rio_Youers).

My uncorrected advanced proof copy of Halcyon was a surprise to receive and a joy to read. The book is difficult to classify. It’s not your standard dystopia where everything seems peachy until it’s not; there’s a paranormal aspect that sneaks up and surprises you. I love surprises. The subject matter is also up to date and relevant, so much in fact, that it feels ripped from the headlines of early 2018.

Readers may complain that the book’s themes lessen its escapist qualities by touching on too many hot-button issues. Many readers, myself included, open a book to escape the problems of the world, not to be reminded of suicide bombers or frequent school shootings. However, it’s clear that Youers wrote Halcyon for the ages, not a single season. I already wonder what my re-read of Halcyon will be like in 2028. My optimistic side hopes I’ll look at it as a reflection of a time before things improved.

Otherwise, I may be searching for travel rates to hidden islands for my own family.

Halcyon is a self-sustaining island; an oasis of safety with the promise to return the inhabitants to better times. Nestled within its borders, hunger, violence, and terror are but memories of a dark past. The communal aspect of the island is interesting, where everyone has jobs and worked in a group to achieve their goals. The inhabitants of Halcyon all carry a sense of ownership over their home. Or so they think.

Halcyon’s promise to be a refuge attracted Martin Lovegrove to its shores. Lovegrove decided to relocate his family after enduring a serious heartbreak. He meets the mysterious leader of the island, Valerie Kemp, who goes by the alias “Mother Moon”. Mother Moon is a psychedelic leader and a divisive one at that. At times, I felt like I was reading a cult leader—a mother Jim Jones— in action. Learning about Moon’s complicated backstory, however, fleshed out the character and actually made her relatable.

With Moon, I have to admit one thing: Youers tricked me. He took a character that seemed antagonistic but delivered a writer’s slow burn, turning her into a far more complex or even sympathetic figure. I’m still not sure how to categorize her. Good job Rio, you got me.

The interwoven tales of several of the characters are also interesting and page-turning. As a reader, you can’t help but root for the Lovegrove family. Every father should long to be as solid as Martin, even if his actions seem to spiral at times. Once he suspects there’s more to the island, he turns investigator to uncover the truth.

Have you seen this:
FUTURE STATE: HARLEY QUINN #1 (REVIEW)

What he finds sends him rushing to save his family from the one place he saw as a safe harbor.

As a father myself, it’s easy to relate to Martin. All fathers can. How far will you go to keep your children safe? Are there limits? And, if Halycon existed in our world, how many families would sign up to relocate?

The Lovegrove family are a solid group, all battling their own personal adversities. Once I got to know the characters and their individual quirks, habits, and goals, it became easy to root for them.

The finale of Halcyon deserves to be read in a single sitting, so this book’s release in July is perfect for beachgoers. Find yourself a comfortable lounge chair and dig into a “utopia” where no one is who they seem and the character’s layers go deeper with every page. 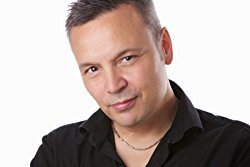 Halcyon has an expected release of July 10th, 2018 and is coming from St. Martin’s Press. Pre-order it with one click on Amazon: here. Follow author Rio Youers on twitter:  (@Rio_Youers)

Let me know what you think about Halcyon @JSandlinWriter. Check out our podcast on TheGWW network: @WhoWouldWinShow