GWW editor, Jessica, asked me to choose one game to write about for this Halloween season. I did not flinch: Dead Space 2.

Perhaps you have read my original review of the game from 2011. That review came after I finished the game the first time. Since then, I have developed a habit of playing the game nearly every year around this time. The replay value is built on the same foundation that makes Dead Space 2 an awesome horror game: deep player immersion. 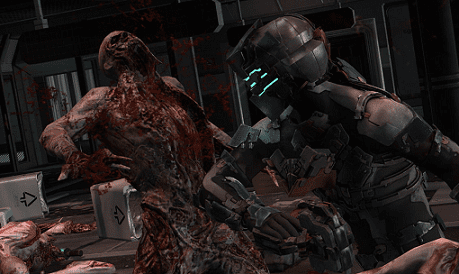 Dead Space 2 takes place on the Sprawl - a space station built on Saturn’s moon. The story follows Isaac Clarke, now removed from his armor and more vulnerable to the frightening necromorphs and their creepy and varied attack approaches.

The dark setting of the Sprawl puts Isaac, and the player, in an uneasy world. You never know what is around the next corner. Toss in the necromorphs and you have a reason to be on edge throughout the 10-12 hours of the game’s story.

A key to the game appeal is the precision required to eliminate enemies effeciently, without draining much needed ammunition. To do this, the necromorphs have vulnerability to particular limbs. Attacks and weapons must be combined to eliminate the enemies with the most efficiency. To that end, the necromorphs are a combination of spiders and humans. Ugh. So gross! Creepy crawly…necromorphs! They attack from above, underneath, and behind! They come out of dark corners and vent covers! Of course, there is more to the frightening Sprawl than just the visuals. 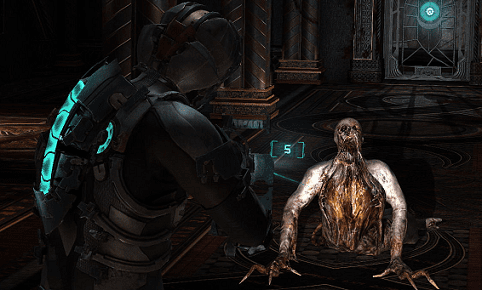 Throw on a good pair of noise-canceling headphones, turn down the lights, and get ready to FREAK OUT! It’s not just that you can hear the creepy-crawly necromorphs around every corner. In addition, the game throws the faint cries of your fellow humans throughout the game in well-timed spots. There is always something audibly happening. You may think a moment is silent, but that just adds to the mood. And often, in the distance, you will hear something.

Since Isaac is an engineer, his weapons are tools. The sounds of these retrofit weapons is on-point. They are also different weapons from traditional games. So hearing these sounds brings you deeper into the world. The weight of your suit and boots through the space station and inside conduits is spot-on.

The best way to play?

My first playthrough was on the PS3 back in the day. Now, your best bet is to play on PC using EA Origin. I hope you can find a couple dozen hours this Halloween to enjoy Dead Space 2!