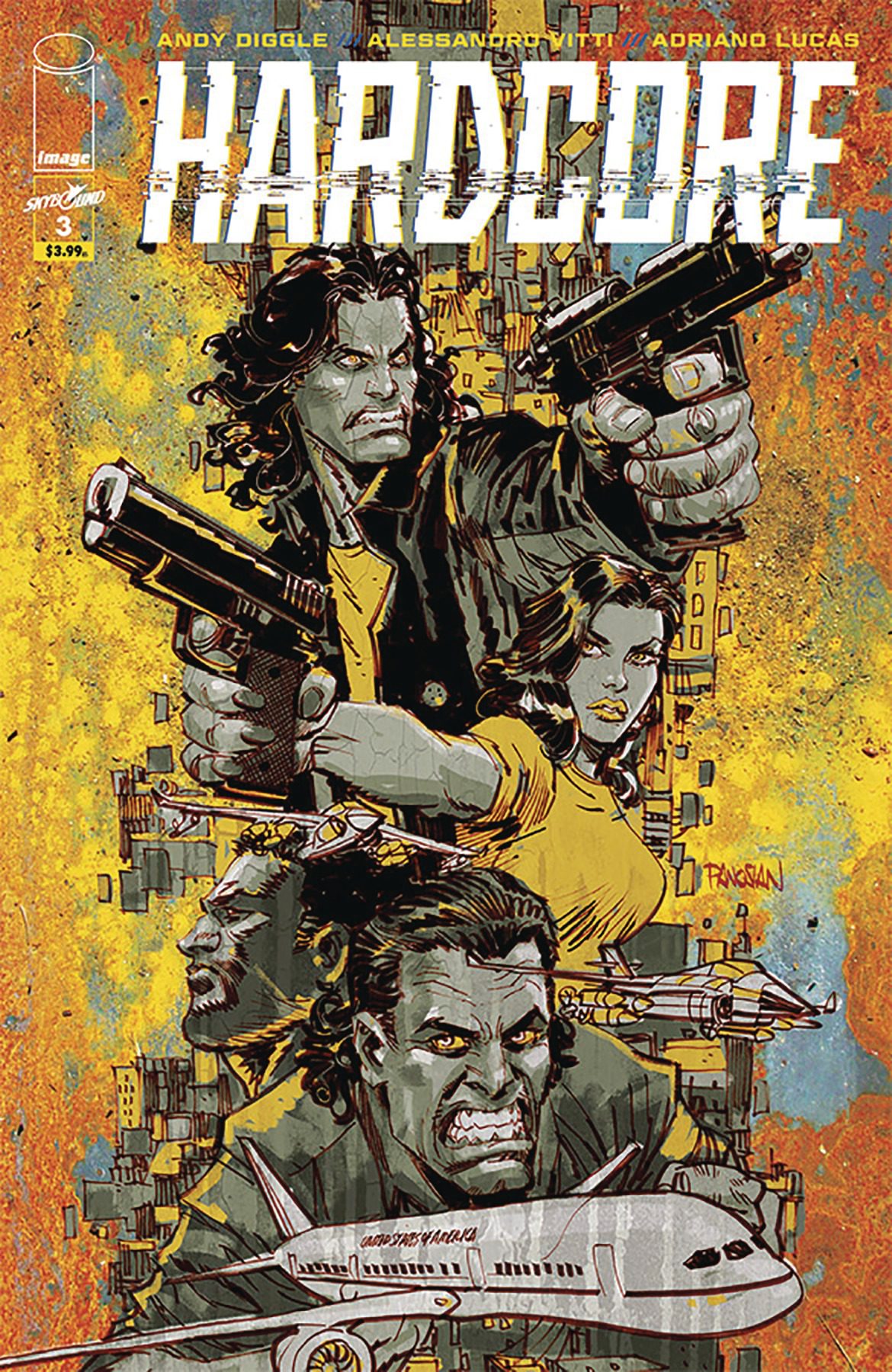 Agent Drake’s story ramps to another level in Hardcore #3. Now three issues old, this has to be one of the hottest new titles on the market. (It’s hard to imagine it took this long for Robert Kirkman and Marc Silvestri’s idea to get it’s own series, originating back in 2009. There was also a one-shot back in 2012.)

Andy Diggle keeps things moving quickly while giving readers every necessary detail. There’s no fluff, but the story isn’t rushed either. His writing has been on point.

That’s not to say Alessandro Vitti’s art, hasn’t been great, as well. It goes very well with the late 90s, early 2000s action vibe to the story. The same goes for Dan Panosian’s cover. If that doesn’t give you an old school action fell, then what does? Definitely Panosian’s best cover among the first three.

This new chapter in the Hardcore story is absolute chaos. Hardcore #3 introduces a couple new characters, Paige and Williams, who make up the sniper team that hit targets with the Hardcore tag, allowing Agent Drake to do what he does. We also see the President of the United States and the US Secretary of Defense are aware of the program.

However, it looks like it’s up to Drake, inside of Esteban’s body, to clean things up, along with General Vazquez’s wife, Lupe. Like Paige said, “no one ever planned for this contingency.”

Meanwhile, the Secretary of Defense does have soldiers closing in on Markus and Price at the Hardcore facility. Though it’s hard to imagine they’ll find a way to remove the program’s creator.

One thing Diggle has also done well, each issue has had the perfect cliffhanger. Hardcore #3 is no exception.