Have You Seen My Bow? Red Hood and the Outlaws #8 REVIEW 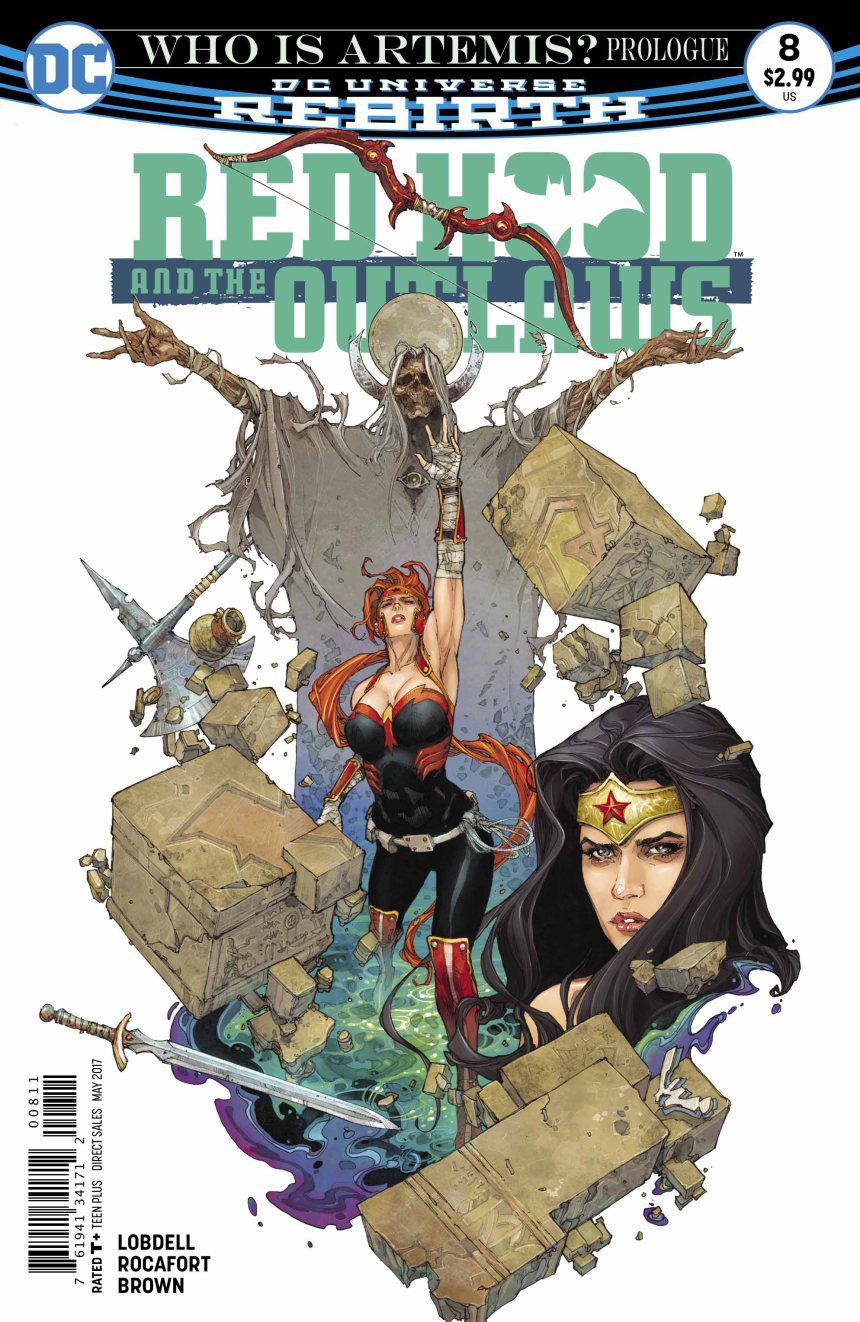 After last month’s fantastic issue between Red Hood and Bizarro, Issue #8 dives into Jason and Artemis discussing the backstory of the Bow of Ra and it seems like we are finally starting to get some clarity. In addition to giving readers a reason to invest in this team, this time around Lobdell delivers compelling scenes between Jason and Artemis when in the middle of a bar fight we are introduced to someone who was very important to Artemis who also provides later in the story much needed backstory.

In 8 issues not so much has happened in terms of story and I am happy to see that Scott Lobdell is receiving positive reactions towards this book, since the New 52 reactions weren’t too kind. However, I must say that this time around with this book, Lobdell’s characterization of Jason showing not only compassion and more depth has been pleasant to see. While, Artemis has quickly become one of my favorite characters to read since Rebirth has started and that is due to Lobdell’s and Soy’s depiction of her power and vulnerability.

Although I am a fan of Kenneth Rocafort’s art. I feel that this story does take a dip without Dexter Soy on art duties. Rocafort’s art is usually more detailed however when looking at some of the crucial aspects where vulnerability should be at full display and some action shots should be all out as well, the facial expressions seemed dull and out of place. However, I did like that they choose a different artist to portray flashbacks and there were some panels that Rocafort’s style definitely worked but overall I missed Soy’s consistency. 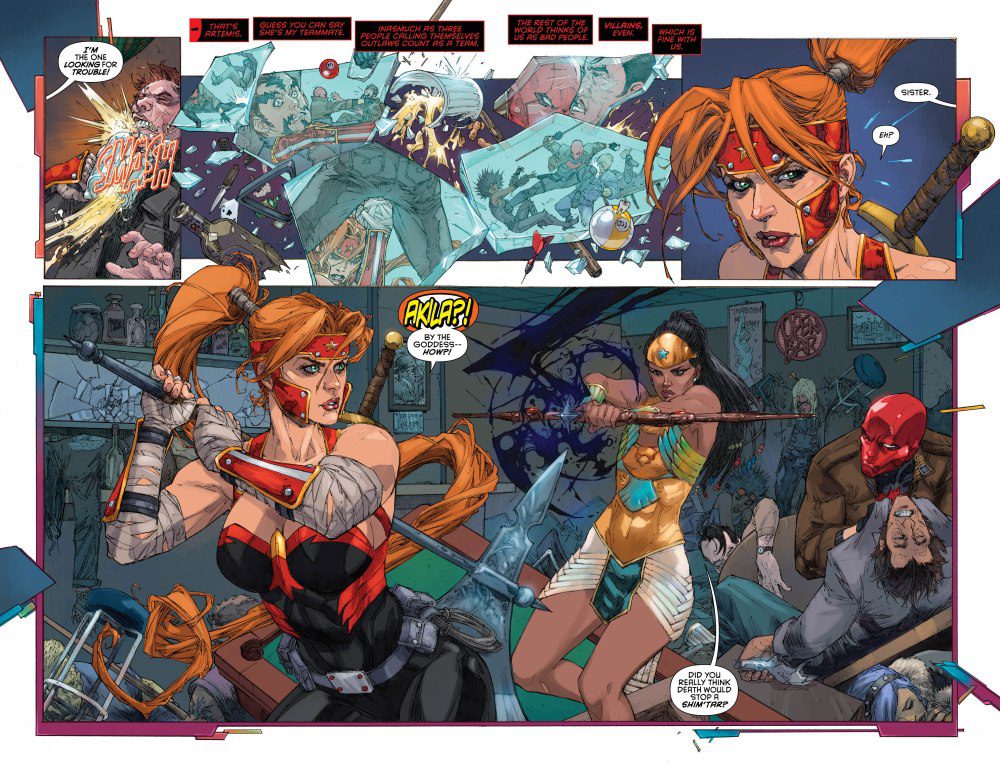 For those who haven’t decided to follow this series, this is perfect starting point to know where there story will be heading, Which is great news for those who have been following this book since the beginning.