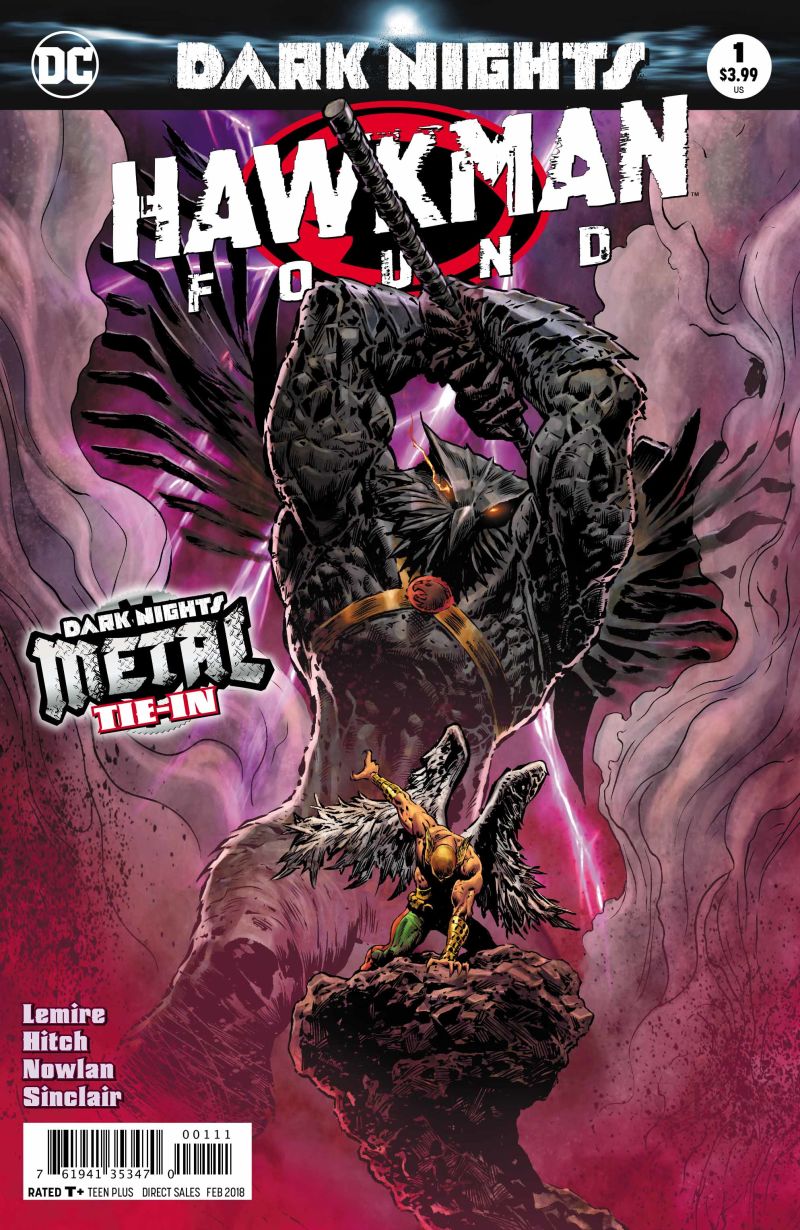 As most of us read the ongoing story of Metal, we continue to marvel at the twists and turns that have sprung up to affect Batman’s life. What can get lost in the narrative is the fact that the storyline is driven by the journal of Carter Hall aka Hawkman. His story is part of the backbone of Metal and this one-shot looks to fill in the gaps of Carter’s story as well as set up the events that recently transpired in Metal #4. So let’s dig in.

In a place completely unknown, Carter Hall counts the days that he has been trapped. He finds himself in this place with others who wear the symbol of the bird being hunted by bird creatures and taken to their ship. Carter refuses to be the victim and kills two of them when they come for him. When the opportunity arises, he decides to board the alien ship and he discovers both his armor and his wings. As he starts to remember who he is and how he came to be here, he is attacked by the creature that lured him to the Dark Multiverse. 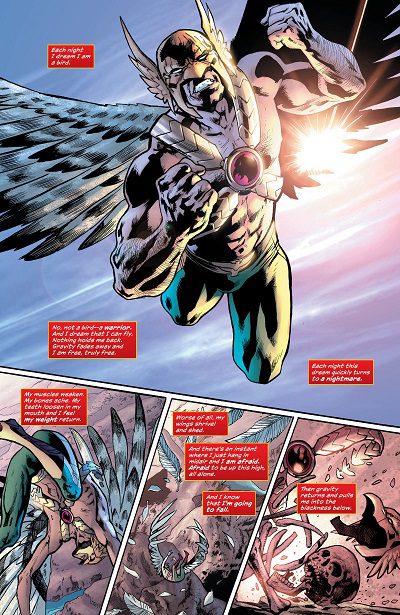 He followed the missing Challengers only to discover the Forge of Worlds and what he thinks is his destiny. As he destroys the taunting creature that is fighting him, Carter finds a new set of armor and tries to escape, only to find that he is being pulled back by another more powerful entity.

I finished this issue with a profound sense that there was more to be told. While I enjoyed seeing what happened to Carter, the story seemed too short. I liked what was there, I just wish there was more to it. I wanted to have more context for Carter’s actions and his motivations. Something I think would have been done given more story to tell.