John and Mercury are still in Paris. After the confrontation at the end of issue #7, John finds himself in a  police station being questioned. While waiting to bail John out, Mercury receives a curious offer from the Djinn Adnan. Adnan lets the genie out of the bottle as it is, and tells Mercury that she has the ability to control his people, the Djinn. Adnan wants to serve by her side, as he did King Solomon.

As Mercury is bails John out of jail, they both notice a woman claiming to be Henry’s daughter. Constantine recognizes her as Mademoiselle Misabel Lefebvre, someone he’s bumped into before, but in pure John Constantine style, he won’t go into more  info on the subject. They follow her back to Henry’s house, where they discover she is also looking for Henry’s Desert Journal. 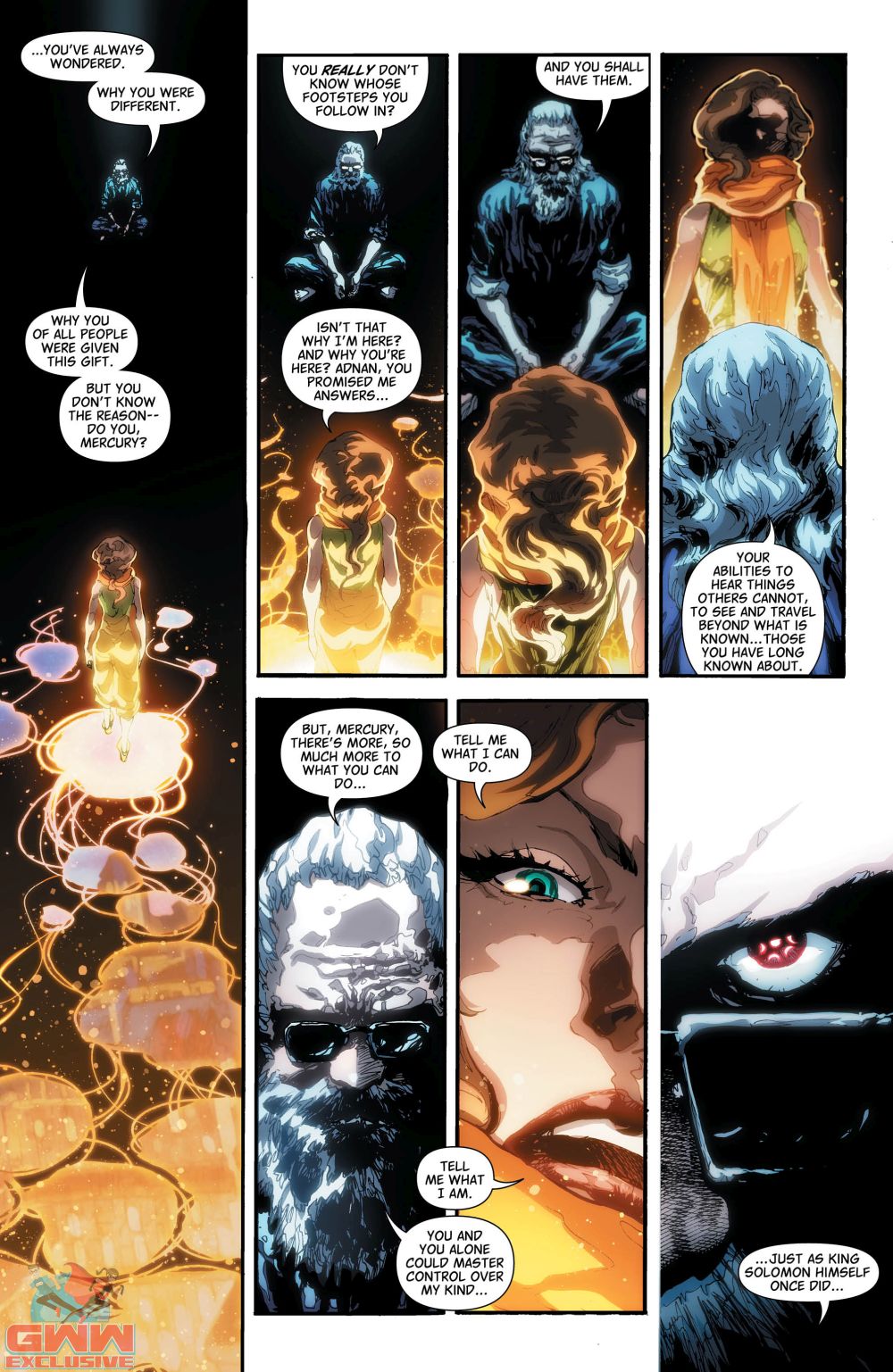 Constantine cast a spell on young Dante’s shoe that he lost in their rooftop scuffle (Issue #7), and they are on their way to the book.

I want to love this book. This story of the Djinn and the connection to the disappearance of Abby Arcane, and the mystery of what they may be up to is very captivating. Unfortunately, I don’t feel like issue 7 or 8 of this run have been captivating at all. We’ve gotten a few clues here and there, but after reading the issue I feel like not much has really happened again. I don’t feel like we needed a Part 2 to “The Smokeless Fire” as it all could have been said and done in one issue. I’m also not in love with Tan’s art style. While reading the book, I decided that I really didn’t like it, then at the very end we get a beautiful full page look at Paris, the night sky and the magical shoe that Constantine cast a spell on. So, I’m back at not knowing if i completely hate the art or not. I will say things seemed a little more muddled in this issue. I wasn’t always sure what actions were taking place in the panels, which did bother me.

All in all, the story is interesting, but the execution is lacking.

I Feel like we got a little more out of this then Part 1 of “The Smokeless Fire” but I still would only really recommend this to die hard Hellblazer fans.