Saturday, May 27th and Sunday 28th saw James Frazier, founder of the popular Walker Stalker convention, bring his Heroes and Villains Fan Fest to the Olympia in London, UK. This convention celebrates all things superhero and covers films and TV shows including Arrow, The Flash, Supergirl, Legends of Tomorrow as well as Guardians of the Galaxy, Agents of S.H.I.E.L.D and Captain America.

This two-day convention gives Marvel and DC fans an opportunity to meet their favorite TV and film stars with photo ops and signing booths available for each guest, as well as a packed schedule of panels.

Some of the big names for Heroes and Villains Fan Fest included HVFF co-founder Stephen Amell and Emily Bett Rickards from Arrow, Michael Rooker and Sean Gunn from Guardians of the Galaxy Vol.2 and Stanley Tucci and Hayley Atwell from Captain America: The First Avenger.

On Saturday John Barrowman kicked the day off with style in a dress and leggings covered in the Tardis!

On Sunday Stephen Amell kicked things off with the Green Arrow Q&A panel. I was lucky enough to get a seat a couple of rows back from the front and it was amazing as Emily Bett Rickards, Robbie Amell and Josh Segarra all crashed the talk! Emily Bett Rickards commented that she would be up for a musical crossover but only if John Barrowman was there! Robbie Amell came on to announce that his and Stephen’s film, Code 8, started principle photography on Thursday (1st June) and Josh Segarra basically just wanted to chat about his and Stephen’s mutual love of wrestling! In the rest of the panel Stephen Amell discussed who his favourite hero (other than Green Arrow) would be - The Flash, his favourite villain - Deathstroke, which other characters he would play in the show - Diggle, his experience on American Ninja Warrior and what his favourite moments are on the show - the quiet ones. He also teased that season 6’s theme will be family following season 5’s theme of legacy and that William may play a role:

“That would be a very interesting story…I think Oliver is more equipped for being a father than he realises. I think, I hope, that he would do a really good job. That would certainly create an interesting dynamic.” 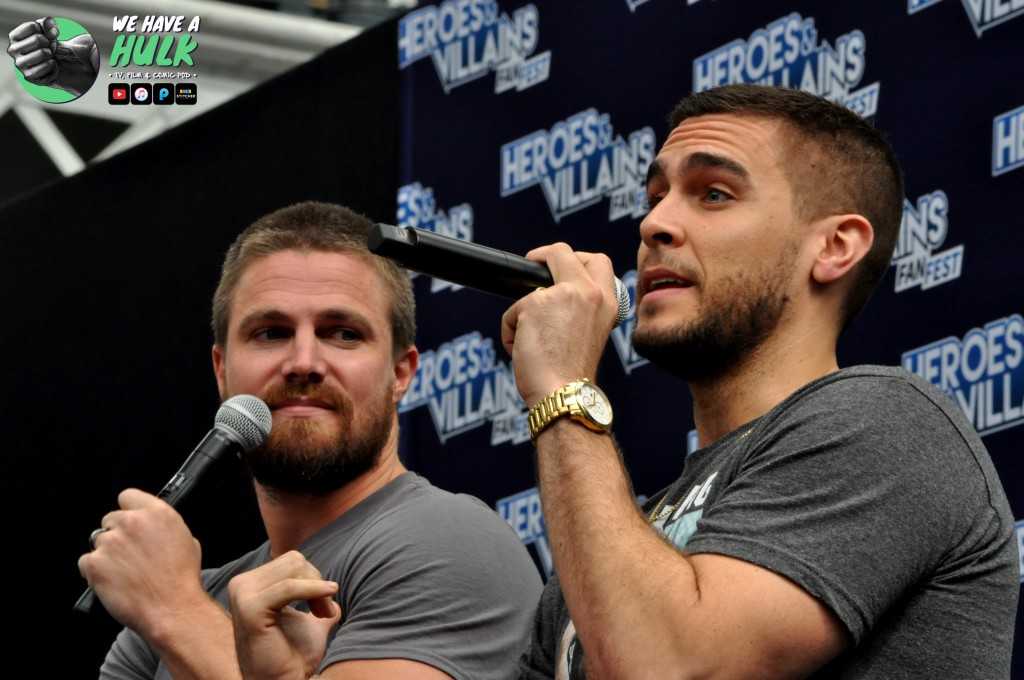 Next up was the Captain America panel featuring Stanley Tucci and Hayley Atwell. The two discussed their time and experiences on set of the film and Atwell described Peggy Carter as ‘the gift that keeps on giving!’ Atwell discussed the possibility of an Agent Carter animated series and commented that if the need is strong enough, it’ll happen - and that she’d definitely be up for it! She was also asked which DC superhero would she play, with a very quick answer of Batwoman! The rumor of her taking up the role of the Doctor was also brought up, but she answered:

“I don’t want to play it. No. It’s just not my thing, but I really respect it. I’m a big fan of Phoebe Waller-Bridge, though. She plays the lead in Fleabag. There were talks of her being the next Doctor, and she’s so funny and eccentric and unique; she’d be great. I can’t really see anyone other than her playing it.”

She also discussed what she would have liked to explore in series three of Agent Carter: 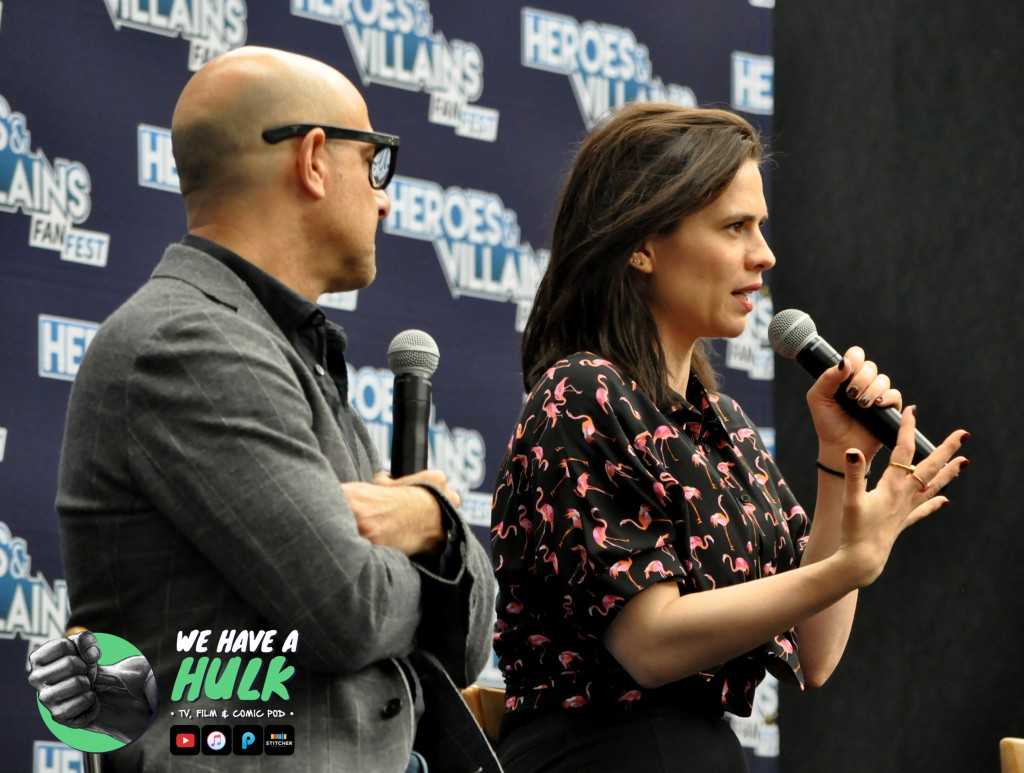 Following the Captain America talk was the Arrow panel featuring Emily Bett Rickards, Katie Cassidy and Josh Segarra - and it was so much fun! Katie Cassidy discussed her return to the show as Black Siren and how she had no idea that she would actually return! She teased that Black Siren might meet Sarah Lance next series and that there may be a love triangle with Felicity and Oliver. She commented that it was so much fun going against Felicity as Black Siren as she really doesn’t like her and also enjoyed the change in dynamics with her on-screen father, Paul Blackthorne. Emily Bett Rickards then went on to discuss how Felicity is a hero in her own sense and shouldn’t become a superhero - but did enjoy playing that version in Legends of Tomorrow! She then went on to discuss Helix and how she will do everything to continue that storyline in the show. Rickards also teased that the Smoak industries easter egg from Legends of Tomorrow is in the pipeline and that they’re working towards it! Josh Segarra discussed how he didn’t originally play Chase as a bad guy, which made the reveal more interesting and fun. He explained that if you go back to the beginning of the series, when Chase told Oliver about the first time they met, his (now) girlfriend went home with Oliver rather than him and how he reassured him that he doesn’t hold grudges, is actually a huge giveaway! Oh, and there was also some salsa dancing… 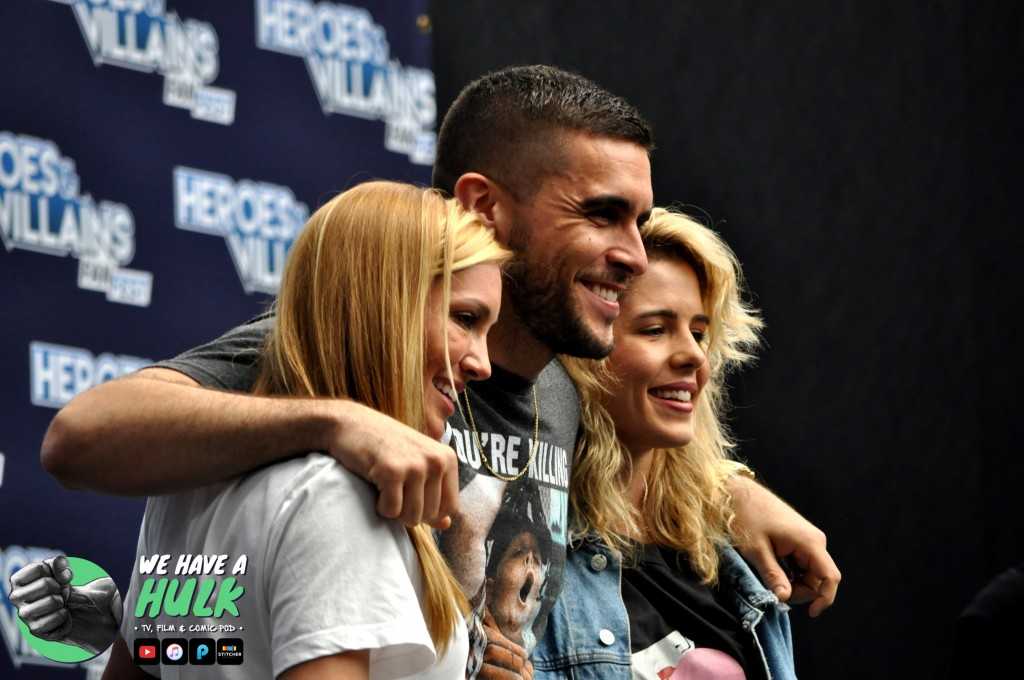 The Legends of Tomorrow Q&A Panel

The last panel I watched was Legends of Tomorrow featuring Brandon Routh and Maisie Richardson-Sellors. The two stars discussed which time period was their favorite in the show; Brandon picked Camelot but wanted better fitting armor and Maisie said she’d love to visit Ancient Greece in the show! Both teased the return of Rip in series 3, revealing he will be leading a group like the Time Masters, but not as we know them…Also, Vixen will return and there will be new characters in the next series. When asked which Marvel superhero they’d love to play, Maisie picked Spider-woman super quickly while Brandon was pretty coy about it all, saying Gambit is cool but he’s already been cast. They were also asked about which heroes and/or villains they’d love to see in S3, Maisie answered that she’d love to see the Justice Society of America return while Brandon answered an evil version of Tom Cavanagh as Harrison Wells. They also picked their favorite legend from the team - Brandon picked Nate as they have such a good friendship and comradery while Maisie picked Sarah Lance as she’s a great strong female character. One fact that really interested me was that the last episode they filmed with the doubles they actually used the same camera from the show Orphan Black. According to Brandon, it took all day to shoot 2 scenes and for each scene featuring doubles, they had to shoot it 20 times! 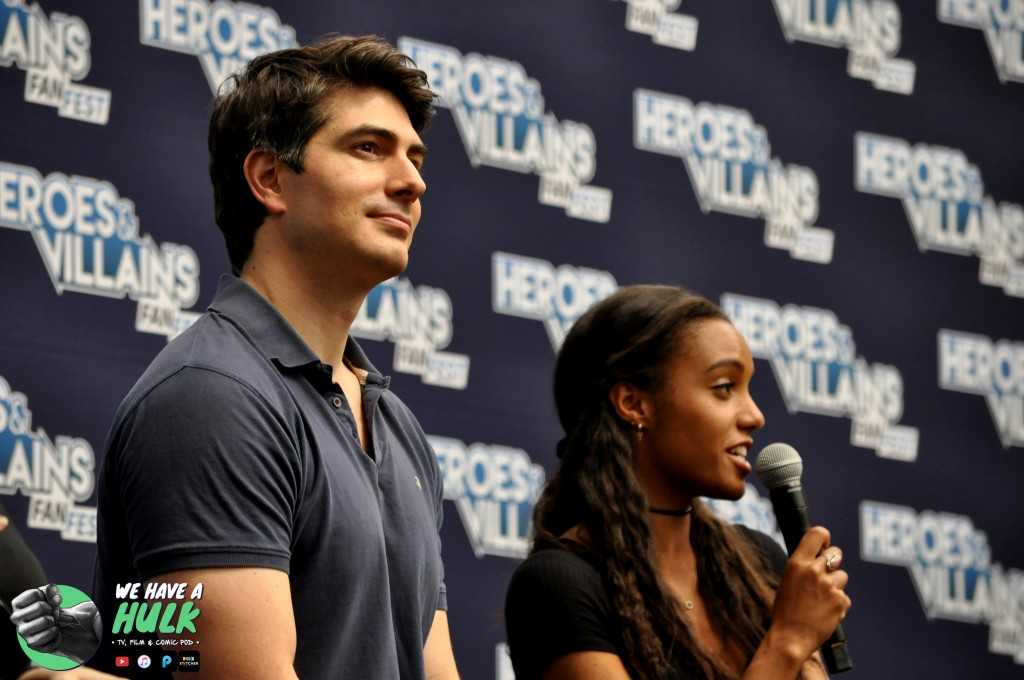 As a regular convention goer and a huge DC and Marvel fan, I have to say Heroes and Villains Fan Fest was one of the best cons that I’ve ever been to! The atmosphere was so relaxed and the halls weren’t full to the brim with people and stalls which was so refreshing - it was funny to see Josh Segarra just strolling around the con! The opportunity to meet and engage with the guests was also phenomenal; they spent so much time chatting with their fans and taking selfies. It was great to see them genuinely enjoying their time at the con and wanting to be there.

It was a real blow to fans that Melissa Benoist and Chris Wood pulled out last minute, I was pretty gutted about Candice Patton and Carlos Valdes from The Flash canceling, but Stephen Amell more than made up for it. This guy is honestly so dedicated to his fans, he stayed way past closing on Saturday evening to make sure each and every fan managed to meet him and get an autograph.

This fantastic con wouldn’t have been possible without the incredible staff and volunteers though, they were some of the most friendly and helpful people that I’ve come across. If you’re a huge fan of the shows and films, I would highly recommend checking out this con next year, I know I can’t wait!

Make sure you check out our next podcast episode featuring an interview with Maisie Richardson-Sellors aka Vixen from Legends of Tomorrow recorded at Heroes and Villains Fan Fest. A huge thanks to HVFF for scheduling the chat and providing us with press passes for the show. In the meantime check out the gallery below for some more images from the weekend!

agent carter Arrow captain america Guardians of the Galaxy Heroes and Villains Fan FestX Legends of tomorrowX Stephen AmellX SupergirlX The Flash We have a hulk
Add your voice!Join the conversation on Discord...
Join Our Discord