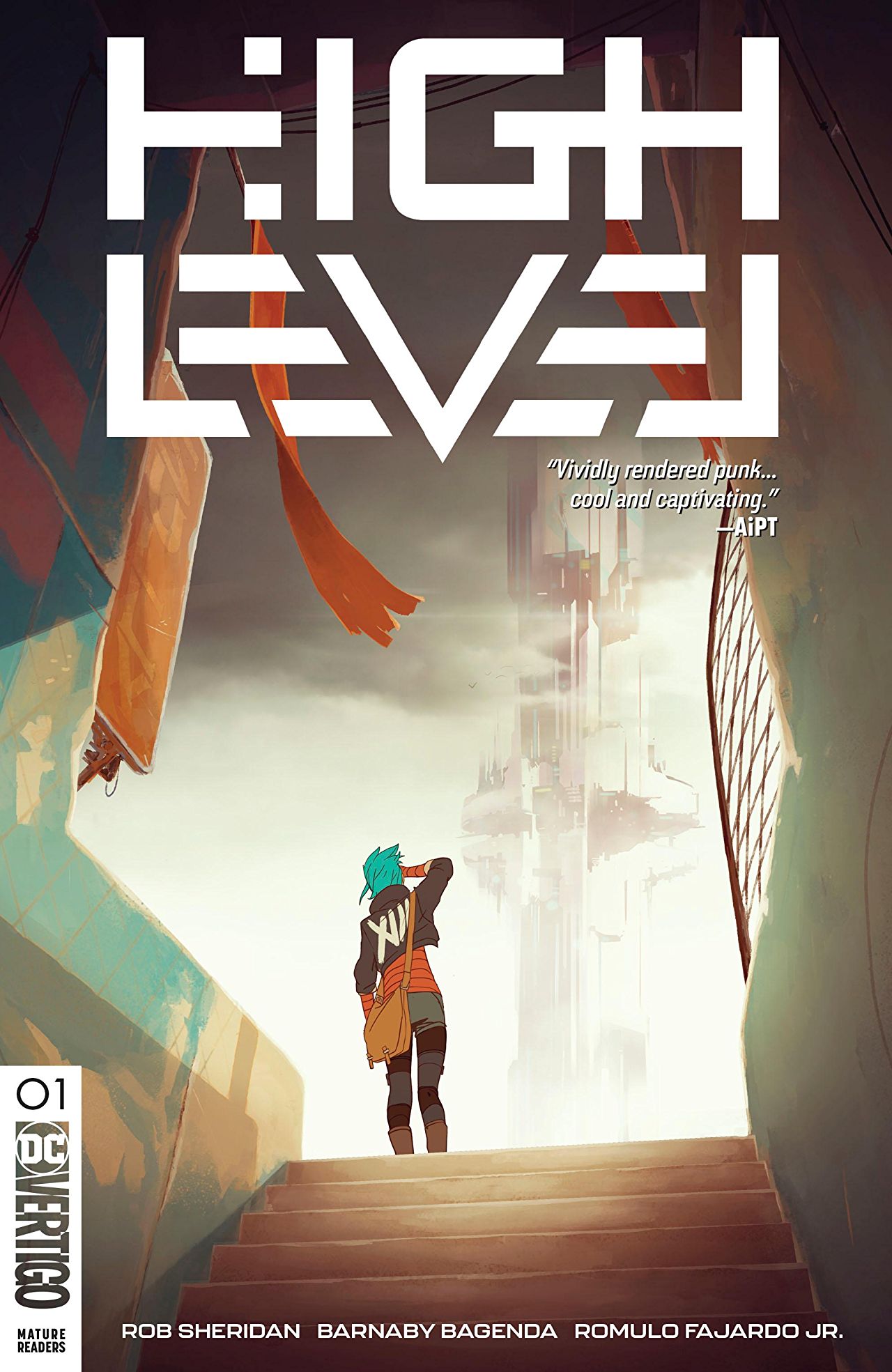 High Level is a post-apocalyptic story set hundreds of years after a war has ravaged the lands. Self absorbed smuggler thirteen takes dangerous missions to survive and the price on her head grows bigger by the day. An ancient book containing the old worlds secrets is bestowed upon her but she’s more interested in her own survival. With the war escalating and a chance of salvation arriving, thirteen is given a mission to potentially save mankind. Traversing the wastelands with a special cargo bound for the mythical city known as High Level. Will she rise to the task? Or is it game over before she reaches high level. 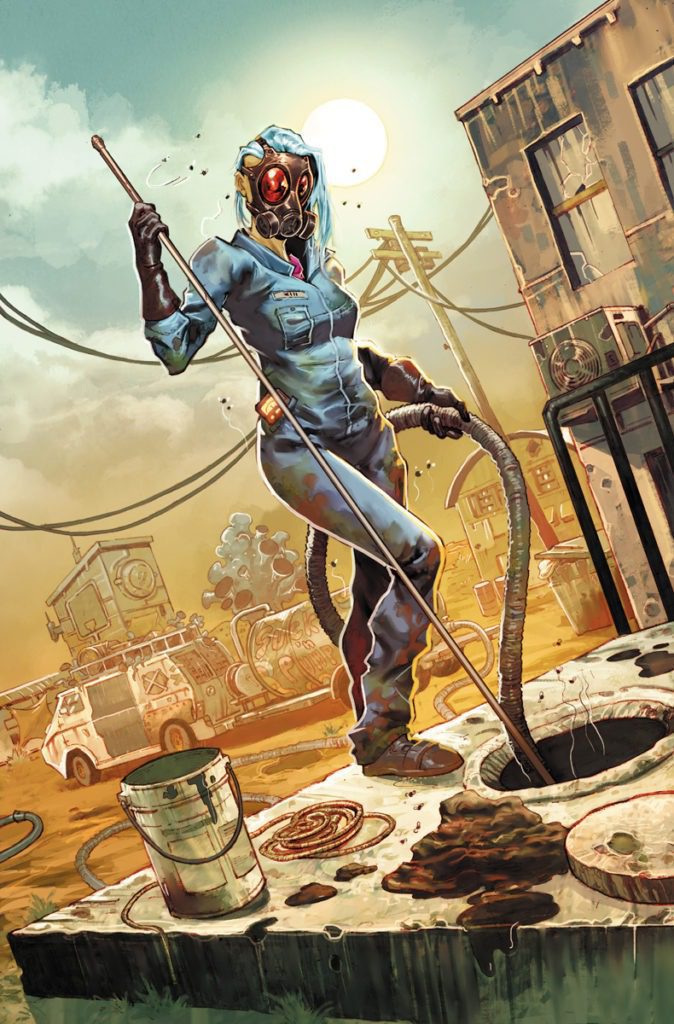 Im a huge fan of post apocalyptic settings and this issue sets the tone brilliantly. Opening pages introduce us to a futuristic timeline with a royal couple overlooking the land from a high tower. A mysterious figure approaches and from here it cuts to thirteen narrating. We find out she was given an ancient book (religious book, talks of gods) which she reluctantly shakes off the ideas. Thirteen is a very interesting character and I instantly loved her. She has a bad mouth, an even worse reputation which I say all wrapped up in superbly designed cyberpunk attire.

The issue embraces cyberpunk in a big way which I really enjoyed seeing. From bright beautifully artwork and car designs to rogue cyborgs intent on making those with flesh repent. High Level touches the right notes on what cyberpunk is. Mid pages see a biker bar that had me in awe of the artwork

Have you seen this:
Q&A With An “Invincible” Superfan #InvincibleFriday

for quite some time. Barnaby Bagenda works with Rob Sheridans writing to deliver a gorgeous cyberpunk feel.

The issue talks about high level being a place for salvation and to ascend. Witthe tones playing out already regarding gods and myths I feel this Is only the beginning of the runs undertone. It’s well crafted first issue and although the last page is somewhat cliche, the character of thirteen has Hooked for issue two.