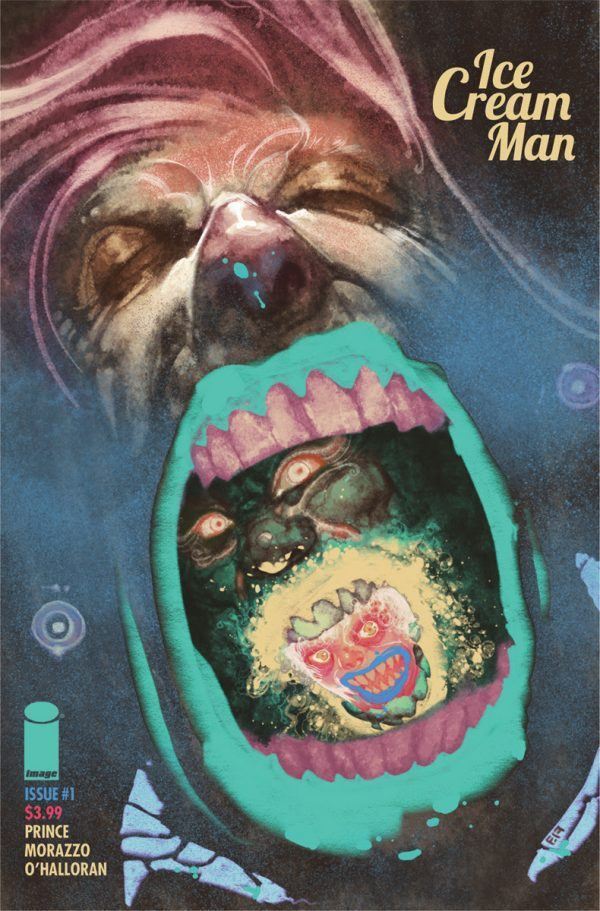 Ice Cream Man is a brand new series published by Image that I didn’t know I wanted. I was aware of this title coming out but didn’t bother looking into the previews for it. I figured I would just go for it and it was the right decision as I was gripped by this odd horror book. I just wasn’t prepared for how weird it would go, which was not a bad thing. I think if you’re a fan of certain old horror films with weird towns, monsters, and critters, you’ll find yourself in a familiar place with some of the things in this first oversized issue.

Our main character is detective Jialleou Hwan. (Pronounced Jolly-O.) After her introduction, we see her go check on missing person’s report that involves a 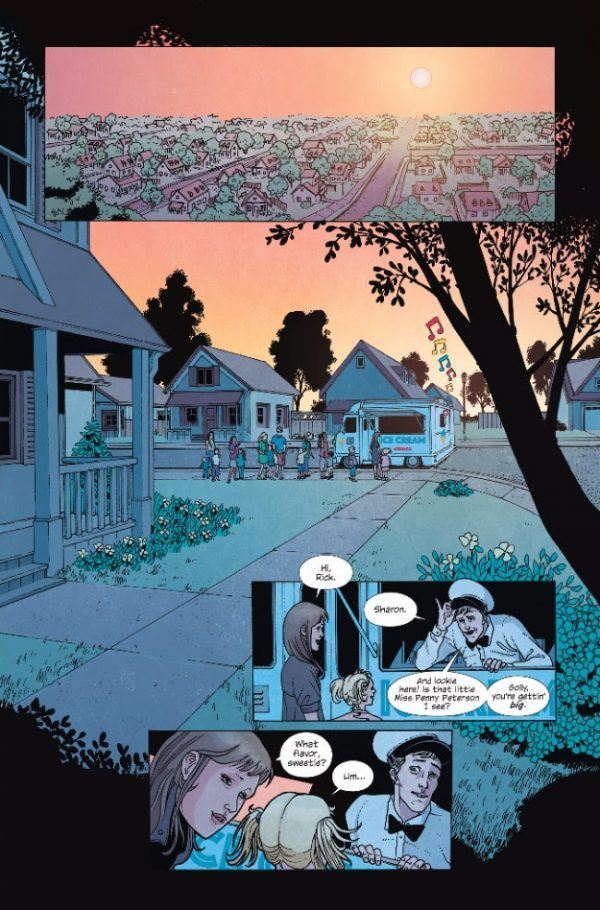 child’s parent’s we met earlier in the issue. We aren’t given too much character traits for her right now by I imagine we’ll see more in later issues as we spend more time with her. I know what you’re thinking how can we not know much about the main character in an issue of this size. Well, that’s just because of all the other things W. Maxwell Prince decide to show us in this issue, the biggest being the town’s ice cream man and his deep dark secret. We don’t know where he comes from or what he has planned or even how he’s capable of doing what he has been doing, but it’s enough for me as a reader to get hooked and want to see how it will play out.

When it comes to horror book series, tone and tension is always important. I believe Prince and Morazzo were able to nail some of those aspects for this issue with a little bit of a shock and surprise for the readers. You can feel uncomfortable about certain characters as you read through the issue because of the mystery that surrounds them is designed to make you feel uneasy. After a tragedy that occurs involving some of our characters, we’re left wondering if detective Hwan will share what she experienced with everyone or keep it to herself to try and make sense of it all.