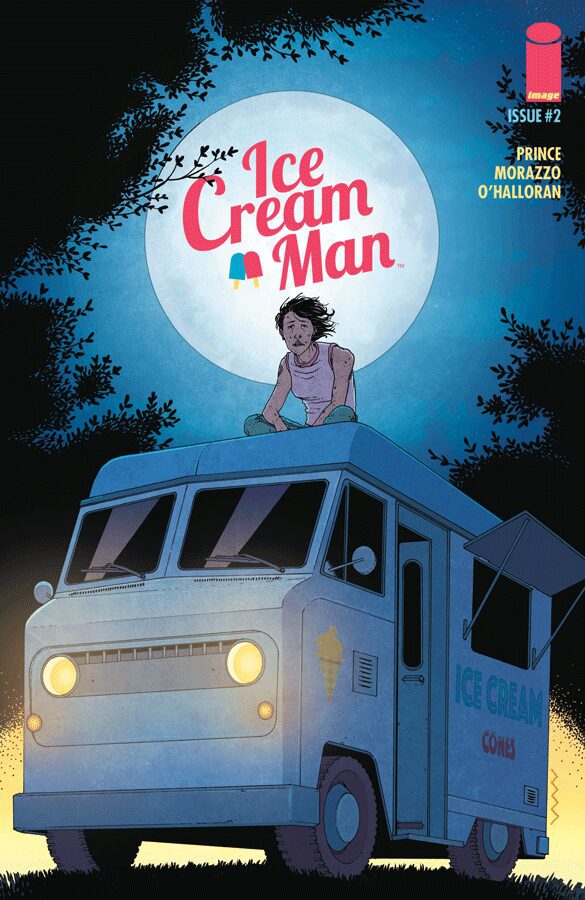 Ice Cream Man #2 brings us a story about a young couple that is going through quite the hardship, mainly due to their addiction with heroine and always looking for their next fix. If you’re looking for a continuation on the mystery of the town’s ice cream man, you wont find it here. When I finished the issue I was a bit disappointed in that view but when I think about the issue itself and the story it told, I was still very satisfied. This also gave me an idea of how this series is going to handle its story telling for now. It felt like an episode of Tales from the Crypt and perhaps the ice cream man is just the small focus in a set of tragedy stories that are set in this town. Nothing in the issue gives you that warm feeling. Instead you’re just sad for what people are going through and what they are willing to put themselves through just for a drug.

The one single page we are given with our couple shows that they had the chance and opportunity to really work together to give each other a good life. From there it just 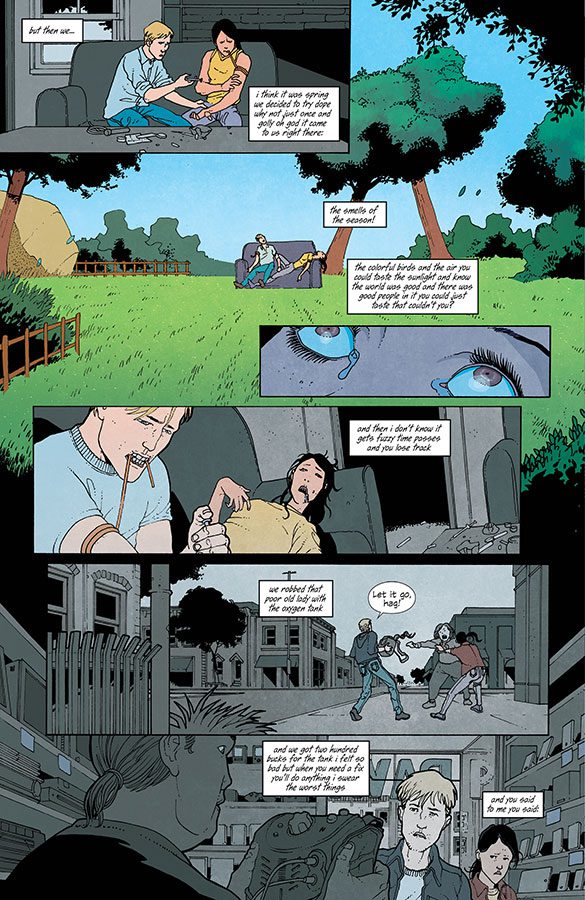 spirals out of control because of their addiction. We do get this great narration throughout the issue from one side of the couple and you really do feel how they care for each other but I think this is a good lesson in how your actions speak far louder than any words you share with a person. It’s because of their lack of taking steps to get clean and just simply talking about it is one of the reasons why they end up the way they do. The run in we get with the ice cream man all happened simply by chance. But he left an offer for our couple and the decisions made are not surprising as by the end we’re left with multiple dead bodies and the only one that really gained any amusement here is the ice cream man.

The art delivered in this issue is still very much of what people will be familiar with if they’ve read horror books before. The dark shadows and a few flat colors paint a great picture of a town that appears nice on the outside but when up close, you can feel that there is something off in the town. It compliments and helps set the tone of the issue just as it did in the previous. By the end of this, Ice Cream Man #2 delivers even with the absence of our title character.