Infinity War Primer: Where Are The Infinity Stones?

“Before creation itself, there were six singularities. Then the universe exploded into existence, and the remnants of these systems were forged into concentrated ingots. Infinity Stones. These stones, it seems, can only be brandished by beings of extraordinary strength. Observe. These carriers can use the stone to mow down entire civilizations like wheat in a field. Once, for a moment, a group was able to share the energy amongst themselves, but even they were quickly destroyed by it.” -The Collector

For hardcore fans of the Marvel Cinematic Universe, there is nothing we love more than to speculate on either the location of or the ultimate fate of the Infinity Stones. They’ve been around and talked about since the early parts of Phase One and they are the focus of the upcoming Avengers: Infinity War currently in production. So for those that might not be following the stones fate as much as I and others are, I offer a short primer on the current location of the sought after singularities and what their locations might mean for the Infinity War film as well as the rest of the MCU. 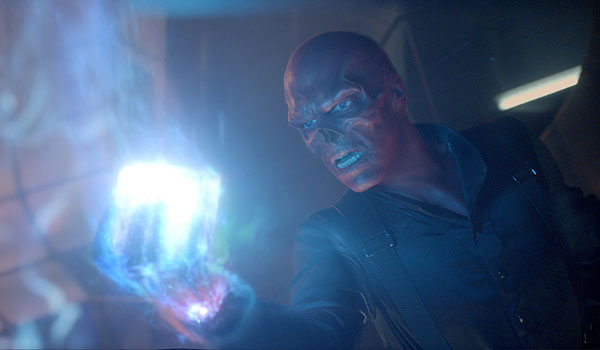 The Space Stone also known as the Tesseract is the first proverbial domino to fall in the quest for the Infinity Stones. The history of how the stone made its way to Earth hasn’t been chronicled yet, we do know from the Red Skull in Captain America: The First Avenger, that the Tesseract was the jewel of Odin’s Treasure Room. This means that it was originally in the hands of the Asgardians. How it made its way to Earth is a bit of a mystery, but considering the Asgardians are considered Gods and in that vein, do not age as we do; Could Loki have sent the stone to Earth to cause mischief on the world that the All-Father was protecting?

Currently, the stone is back in the hands of the Asgardians after the events of The Avengers and protected in Odin’s vault. It will be interesting to see how that security holds when Hela attacks Asgard in Thor: Ragnarok. It will also be interesting to see if this attack is a convenient distraction or part of Thanos’ larger plan to remove security surrounding the stone so he can take it himself.

The Mind Stone seemed to be the only Infinity Stone that Thanos physically had in his possession at the time of the first Avengers movie. So it always struck me as strange that he would give it to Loki to use during his invasion of Earth. Hopefully, that issue is addressed during the Infinity War movie. The stone was placed in a scepter that Loki used to alter the minds of people like Erik Selvig and Clint Barton to bend them to his will. After his defeat at the hands of the Avengers, the scepter was turned over to SHIELD. Unfortunately, this was before we learned in Captain America: The Winter Soldier that SHIELD had been infiltrated by HYDRA. 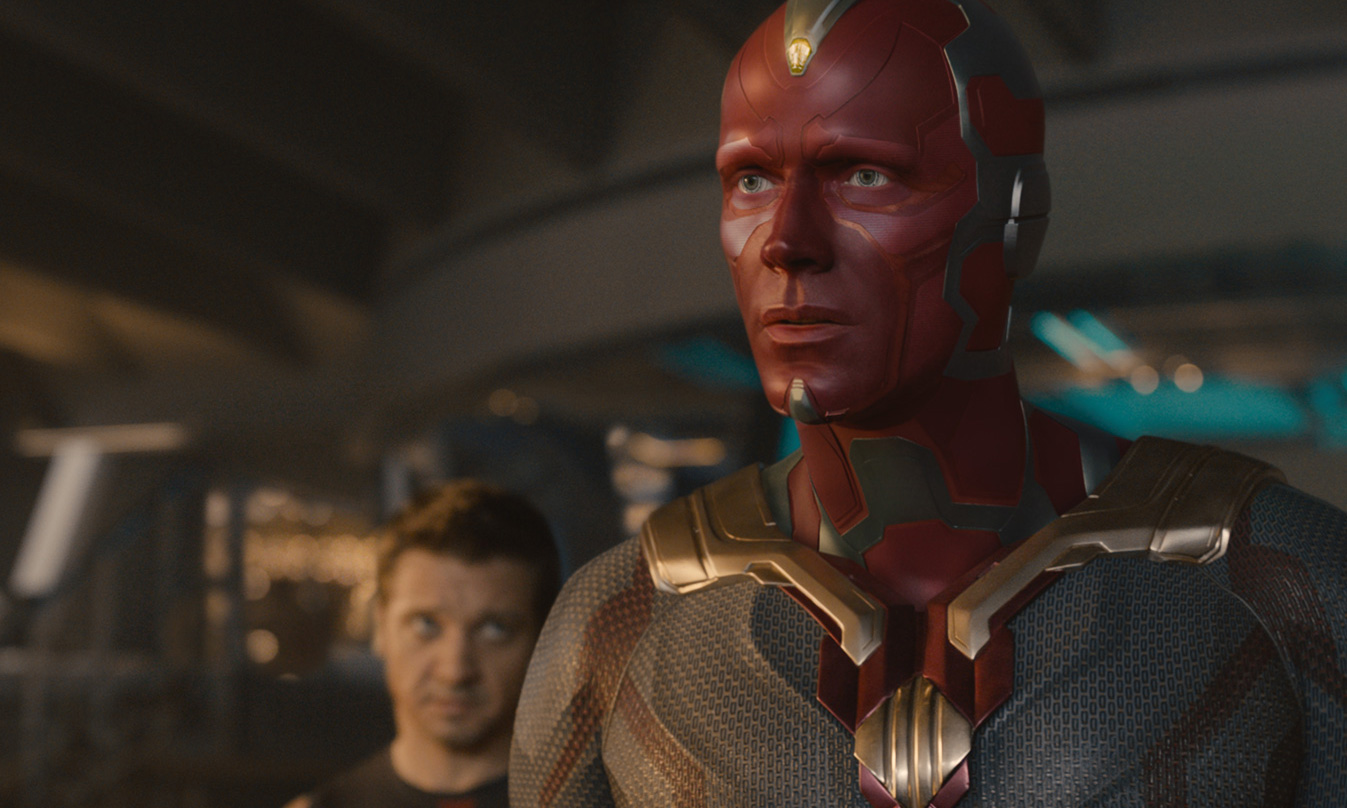 Subsequent episodes of Marvel’s Agents of SHIELD revealed that HYDRA had been operating secret bases throughout the world and Agent Phil Coulson reveals the location of the base in Sokovia where Wolfgang von Strucker was studying the scepter and using its powers to unlock the powers within Pietro and Wanda Maximoff. After the power of the stone helps create Ultron, the villain creates a new body to house both his mind and the Mind Stone itself. Tony Stark and Bruce Banner transfer JARVIS into the body and Vision is born.

Vision currently possesses the Mind Stone. Which makes him a walking, talking target for Thanos and the Black Order.

The Reality Stone is also known as The Aether and appears as an almost living, writhing fluid. It was discovered by Malekith, the Dark Elf during the events prior to Thor: The Dark World. Malekith planned to use the power of the stone to alter reality enough to cover the nine realms in eternal darkness. After being defeated by the forces of Asgard, Malekith losses possession of the Aether and goes into suspended animation until it is uncovered on Earth by Jane Foster. The stone takes possession of Jane’s body, using it to protect itself.

Malekith removes the Aether from Jane and allows it to possess him. As his plan is about to come to fruition, he is defeated by Thor. The Aether is subsequently captured and stored away. In an end-credits scene in the movie, Volstagg and Sif give the Reality Stone to Taneleer Tivan, The Collector. It is currently housed in The Collector’s Museum on Knowhere, but the destruction of the museum during the first Guardians of the Galaxy movie puts that in doubt. It also might be the first place Thanos goes when he decides to finally collect all of the stones. 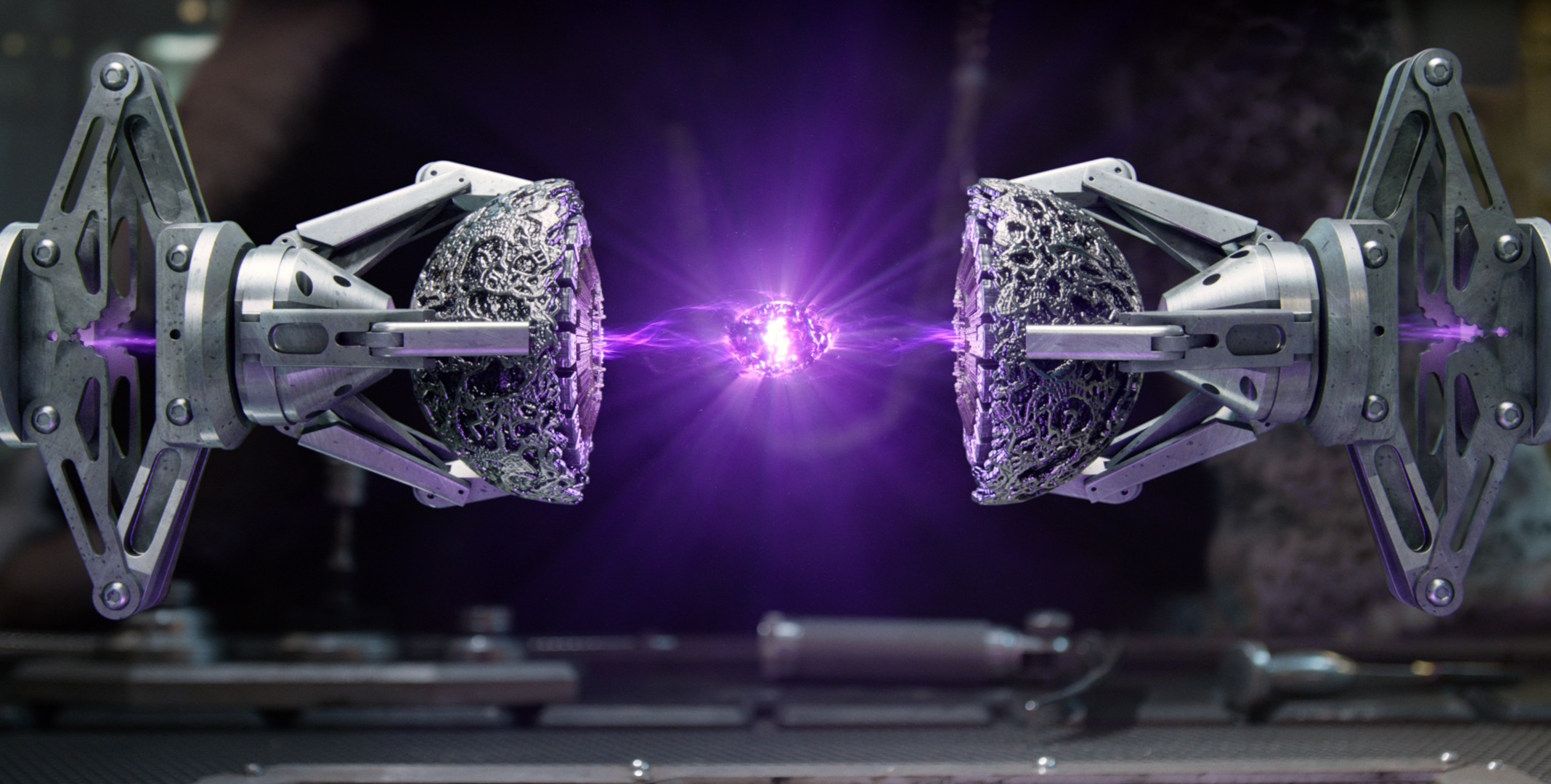 The Power Stone increases the user’s physical strength and ability. It was used by the Celestials to pass judgment on other worlds because it’s ability to manipulate energy could be used to destroy all life a planet. It was housed in a vault on the planet Morag until that planet and its inhabitants all perished. Thanos tasked Ronan the Accuser with retrieving the stone but he was beaten to it by Peter Quill and retrieving it became the basis of the first Guardians of the Galaxy movie. 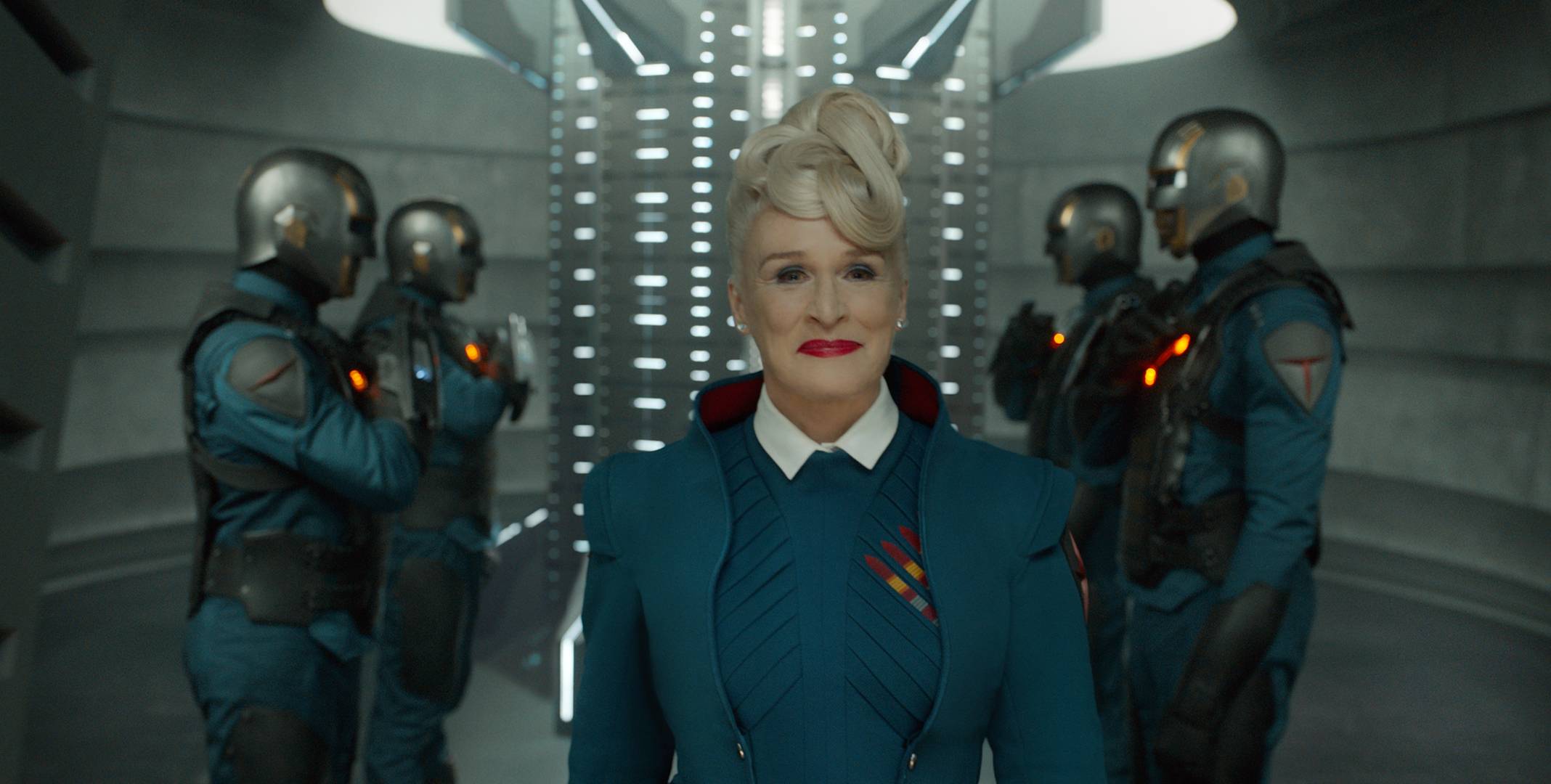 After defeating Ronan and retrieving the Power Stone, the Guardians hand it off to Nova Prime and the Nova Corps. Its current location is in the vault of the Nova Corps. With Thanos taking a more active role in retrieving the stones himself, it will be interesting to see if he starts with the Power Stone during the events of Guardians of the Galaxy Vol. 2 or if his taking the stone is the catalyst for bringing the Guardians of the Galaxy to Earth for Avengers: Infinity War.

The Time Stone was discovered and wielded by Agamotto, the first Sorcerer Supreme. He created an artifact, a pendant called the Eye of Agamotto, to house and harness the Time Stone’s power. The stone itself can start, stop and reverse time itself either locally or on a global scale. It can create loops of time as well. As it is considered a device that goes against the natural order of things, it was housed on a pedestal in Kamar-Taj, where it was passed down to each subsequent Sorcerer Supreme to protect. Doctor Stephen Strange quickly learned how to use the stone and discovered the plans of Kaecilius and his connection to Dormammu and the Dark Dimension in the movie. 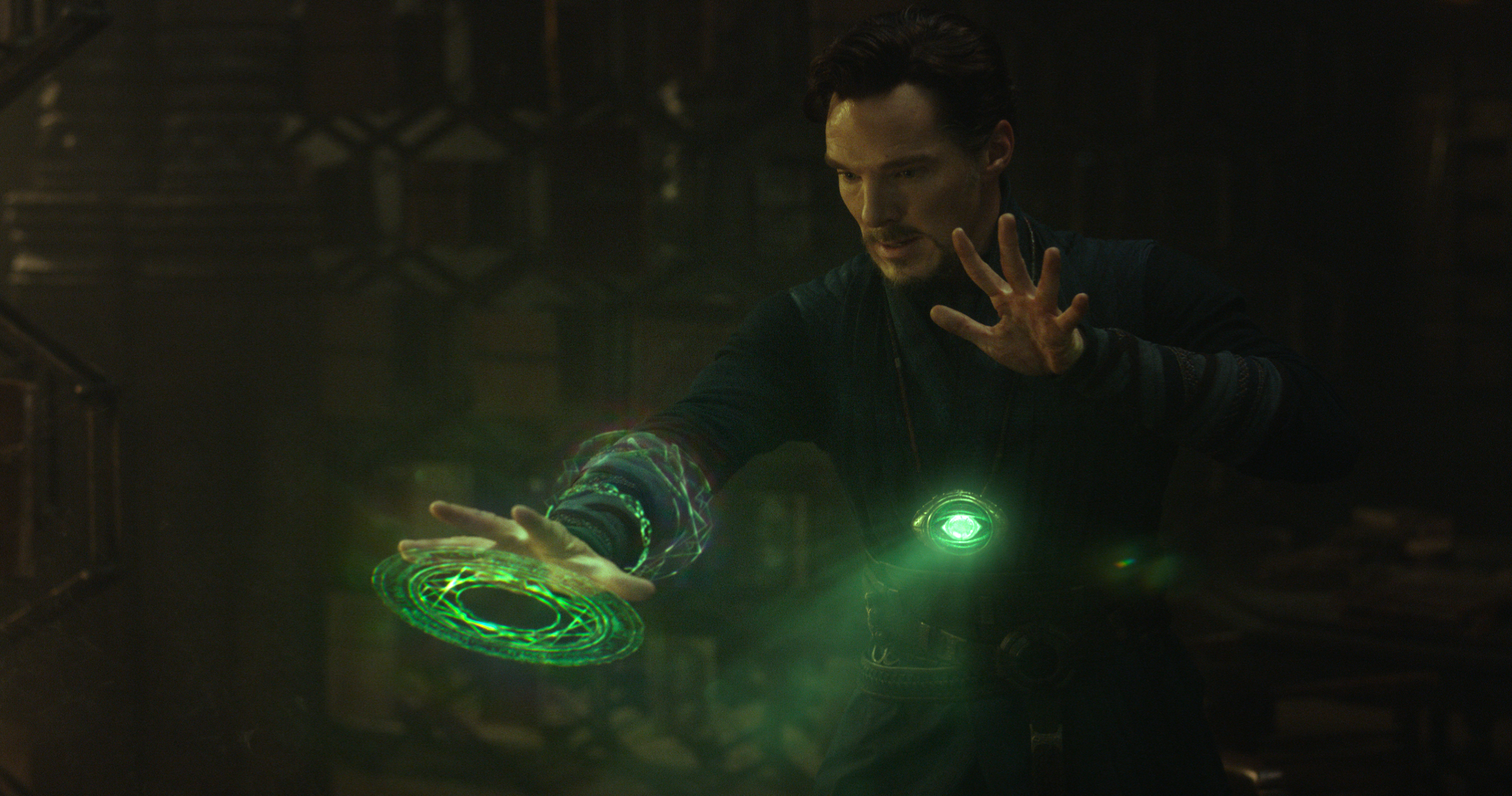 Strange used the powers of the stone to defeat Kaecilius and Dormammu by creating a time loop that the all-powerful Dormammu could not escape, forcing him to bargain with Strange and freeing the Earth from the demon’s hold. As the Eye of Agamotto was not the focus of the film Doctor Strange, it was not revealed to be an Infinity Stone until the end of the movie. Could Dormammu use the location of the stone to strike a bargain with Thanos? Perhaps he helps the Mad Titan retrieve the stone in order to prevent himself from ever being compromised like that again. Doctor Strange does appear in both Thor: Ragnarok and Avengers: Infinity War. What is the status of the Eye of Agamotto at the end of Rangnarok?

The only stone that has not made an appearance in any Marvel Cinematic Universe film so far has been the Soul Stone. The last, and arguably, most powerful stone can grant the one who wields it control of the souls of the living and the dead. It can steal those souls as well as the powers of anyone and can create a pocket universe that could be like Heaven. Is it just me or does this all sound like a power that someone like Hela could be in control of? After all, Hela is the ruler of the Asgardian underworld.

In the trailer for Thor: Ragnarok we see Hela steal and destroy Mjolnir, take out a squad of Asgardian Warriors and the city itself. She’s driven Odin from Asgard. All of these are feats that she could be performing with a little help. Could she be using the Soul Stone to manipulate souls in the underworld? Is she creating a pocket universe that allows fallen warriors to believe that they have entered Valhalla?

Maybe the Soul Stone isn’t a stone at all. In the comics, the High Evolutionary has the Soul Gem and gives it to Adam Warlock. As Warlock has been teased in the first Guardians of the Galaxy and all but confirmed for the third, it wouldn’t work story wise for him to be in possession of it or be the living embodiment of it, but it could be someone. The Space Stone became the Tesseract. The Reality Stone became the Aether. There’s nothing to say that the Soul Stone did not evolve into a sentient being who might or might not be aware of its own existence as an Infinity Stone.

So there you have it. The current location of most of the Infinity Stones. As Marvel ramps up to close out this next phase of their cinematic universe, it will be interesting to see how the filmmakers incorporate all of these stories that they have woven through their films into the conflicts of Infinity War. The only thing I can guarantee is that I will be in my seat for every second of the ride.

Let me know what you think. Where do you think the Soul Stone is? What events do you think will be showcased in Infinity War? Give me your opinions in the comments below.