Season Two of Netflix’s Luke Cage has officially hit Netflix and fans will now get the chance to see what Luke Cage has been up to since his appearance in last year’s The Defenders. I had the opportunity to have a very openly discussion with showrunner, Cheo Hodari Coker about the series, the thought process behind season two and we also get to chat about the music behind the show.
*NOTE: We do get into spoiler territory so if you haven’t seen season two yet, then what are you waiting for?
How are you doing?
Cheo Hodari Coker: I’m exhausted. We had our party yesterday. The show started streaming at 3am on the East Coast. I’m holding on for dear life right now. It’s always like this the first day of launch.
When the season first drops, with Netflix its usually in the middle of the night, do you usually stick around or refresh the feed to see first reactions from the fans?
CHC: On one hand I am reading critical responses, you know, In terms of Rotten Tomatoes and that kind of stuff but the most important moment is really what the fans think. It really is. I left the party and got back to the hotel around 1:45am, I blinked my eyes and woke up and it was 4 o’clock in the morning. I’ve been up ever since, just basically watching the feed, refreshing and looking at the comments. You’ll see on my Twitter, but I love when people react to the show and have comments and ask questions and then I’ll directly answer them. That’s always fun because people are probably surprised it is me. What’s great now is that now that I finally have the blue dot, people really do know it was me as to opposed to before when they’re like “Oh, is this really Cheo Coker?”
That’s one of the fascinating things about social media, it allows fans to connect to people they wouldn’t normally be able or have access to. It’s a great experience being able to connect on that type of levels.
CHC: It’s fascinating really. You can interact with anybody. So like right now, Alan Sepinwall, the Rolling Stone critic, he dinged the hell out of the show and I thought his criticism was unfair but instead of calling Rolling Stone and going through that rigmarole, I tweeted him. We’ll see if he responds. 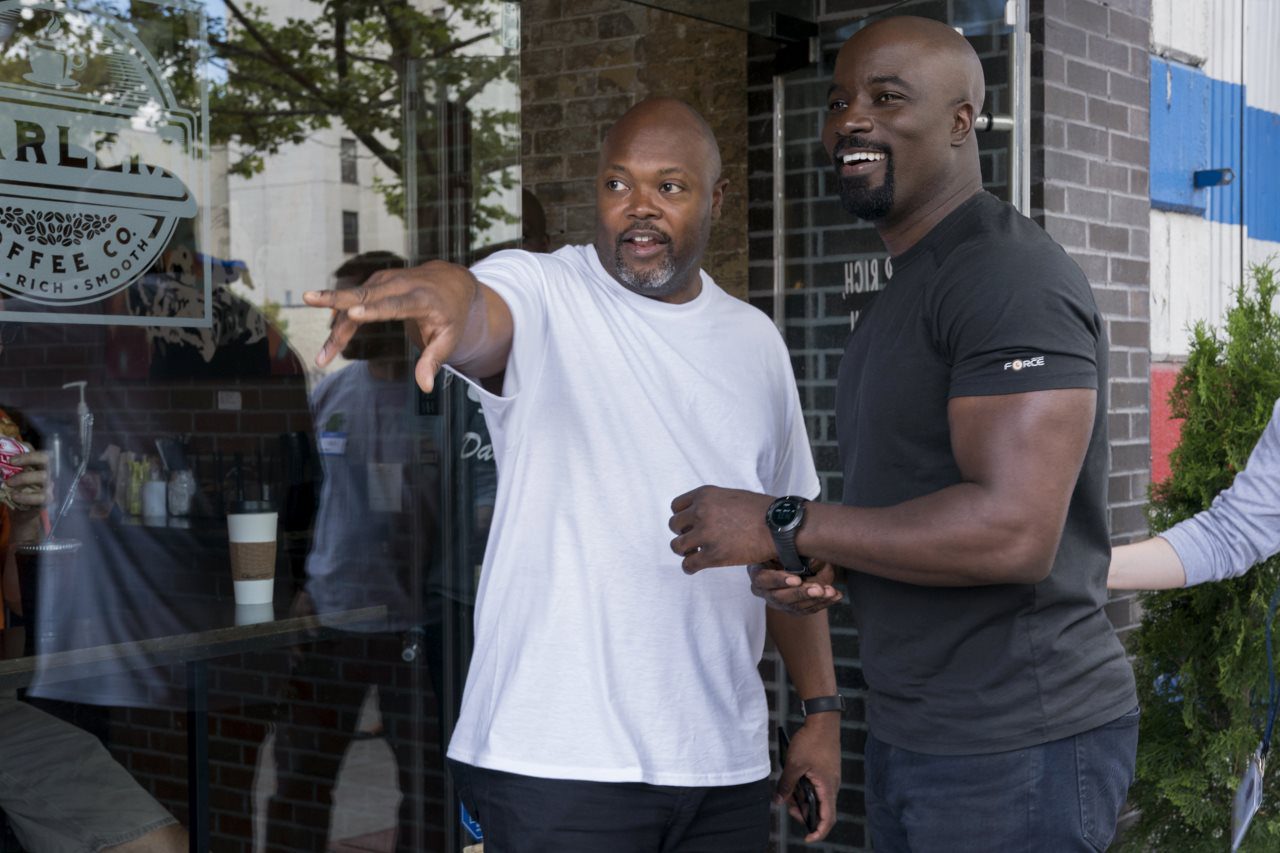 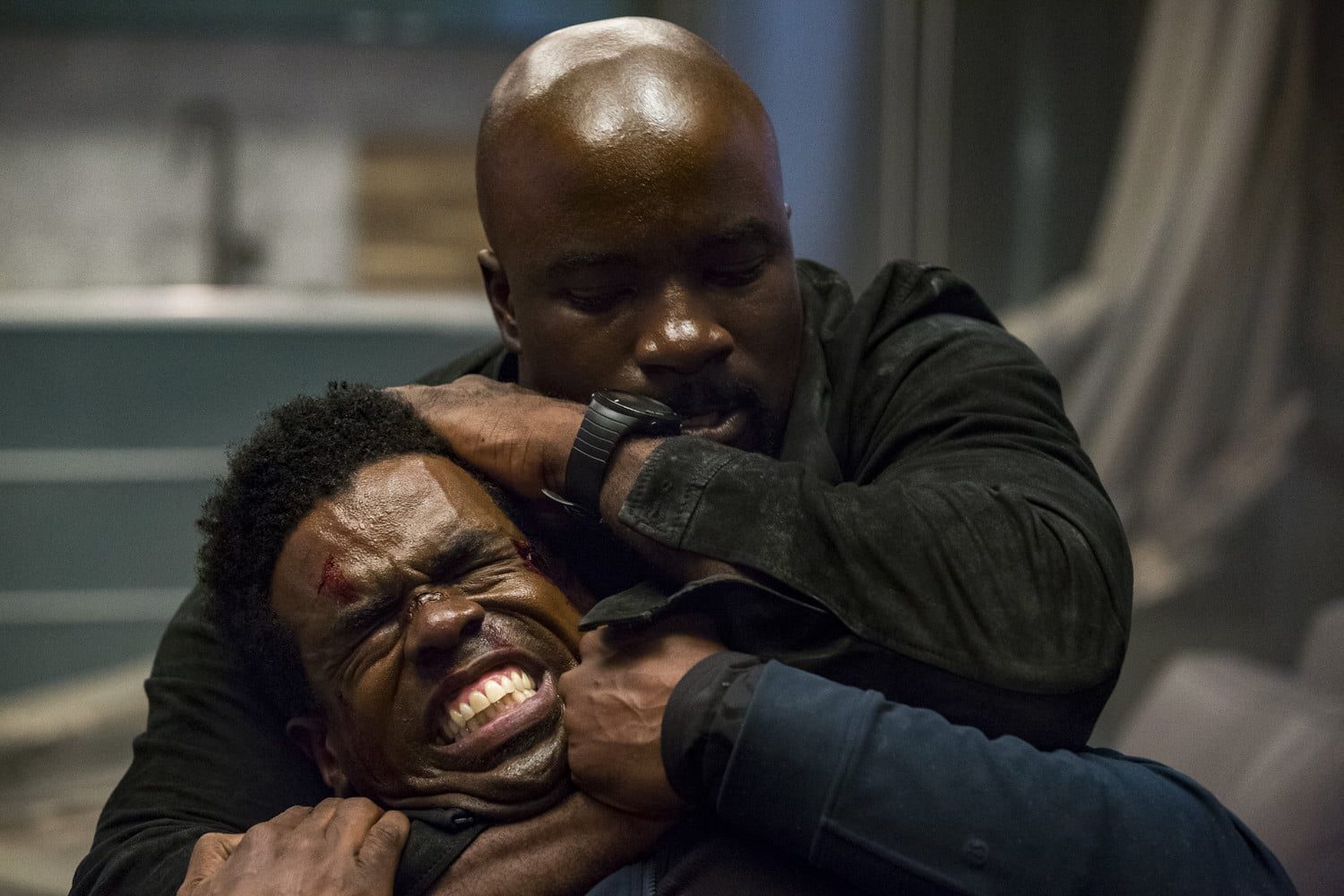 Maybe I’m reading too much into this but after watching the season, I felt one of the central themes of the series was “family”. Bushmaster is looking for redemption due to what happened with his family in the past, The mother-daughter relationship with the Stokes, Luke with his estranged relationship with his father. Misty and Luke even make a comment regarding family after they discover Piranha has died. When Luke mentions Piranha’s mom is still in Harley, Misty response with “Family is a good thing,” and Luke says “It can be.
CHC: Its all about legacies. Family legacies for better or for worse so you aren’t wrong. 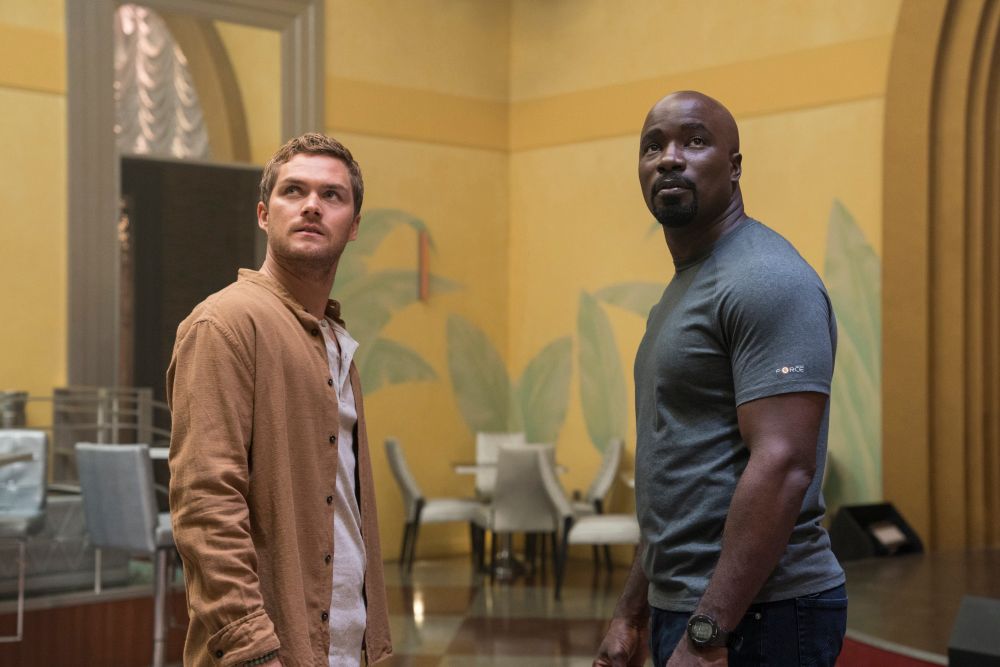 Fans are going to go crazy over this, I know I did, we finally got to see the Heroes for Hire, Luke Cage and Danny Rand, together. How awesome was that being able to play with those two characters together.
CHC: It was great to play with those characters but it was the fact that we were able to play with those characters differently and do Iron Fist different than what we saw in his own series and in The Defenders. In our show, Danny Rand felt like the Danny Rand in the comics.
Absolutely. I think some of the comments on the internet from the Iron Fist series was about Danny’s naivety. Of course, it was only natural to see him mature throughout. We see him mature towards the end of The Defenders as well when he realizes what Matt is willing to sacrifice, and just being around other heroes. It felt like he was really starting to understand his place now. Now we see Danny back again and it seemed like of the two, he was the one that really had it together. In this season, even though his appearance is brief, I feel like we get a refreshing take on Danny Rand/Iron Fist.
CHC: The thing is, in order to do Danny Rand justice, you have to love Danny Rand the character. In order to love Danny Rand, you have to love Kung Fu, and Kung Fu movies and Kung Fu mythology, and the Kung Fu mentality  which is that all external problems are solved internally once thought about. How thoughts and emotion and all the different things you do to harness chi are what shifts the energy. Again, the anger thing and being off-balance, what Danny was saying, is the same thing Claire was talking about. Having Danny being a more of a guru in that spiritual sense instead of feeling like he is whitesplaining Kung Fu, you are able to avoid all the different issues, I think unfortunately, the character got bogged down by and really get down to the essence of these characters. Having the characters more like 48 hours, where Luke Cage is the Nick Nolte character and Danny is the Eddie Murphy character.
Lastly, let’s talk about the music, The Score and the soundtrack. One of my favorite scores of 2016 was from Luke Cage season one. I actually picked up the vinyl for that when Mondo did their limited edition release. It was amazing. I loved that Adrian Younge and Ali Shaheed Muhammad both came on board and are back for a second time around. The musical artists you had featured on the series itself, was definitely impressive. As an Austin local, it was awesome seeing Gary Clark Jr. make an appearance. We also got Ghostface, Stephen Marley, the list goes on. I know you have a music background, being a journalist and fan, how much fun was that constructing that part of the series?
CHC: Well, you have to understand, I became a journalist because I wanted to be an A&R person. Someone lied to be and told me the best way to become a Hip Hop A&R person was to write about Hip Hop then incidentally I became a Hip Hop journalist. Whereas, what I really wanted to do was be A&R. What’s interesting now is that I essentially do is what an A&R person does, but instead of showrunning a record, I showrun a television show. For me, it was my dream job. It’s funny, people say “Well, do you love your job? Do you love what you do?” and I’m like “Yeah”, and they say to me, “Why are you so stressed, if you love it then what is the problem?” Then I say, Look, I love water, I just don’t love drinking water from a fire hose and that’s what showrunning is. It’s every aspect that you love about the coolest parts of the job but it’s so much at once. It’s so much of a rush that you try to mitigate the flow honestly.
As a heavy music, and especially hip hop fan myself, there were several moments throughout when the music would transition with the scene where I thought, “This seems like it would have Cheo’s touch all over it.”
CHC: I pick every single needle drop, needle drop meaning every prerecorded song, I also have a very heavy hand in picking the musical artists. At the same time with Adrian and Ali, we all consult on the score but they ultimately do all the work. Gabe Hilfer, Season Kent and Whitney [Pilzer] are responsible for clearing all the music and making sure we can afford it which is crucial and the final key is Michael Brake who is the Music Editor. He is amazing. So essentially, I’m not must mixing thirteen episodes, I’m mixing thirteen albums because it’s an album of music for every single episode that Adrian and Ali do. The final mix is when I really go in hard, because I’m picking the levels at which the songs play and how they play in the background, the sound source it’s coming out of, all that stuff. If you look at episode 7 and that song that’s playing in the bar and then it transitioned to playing on the radio when Ridenhour drives to the dock. It’s that little geeky sound shit that I love. If I had to spend the rest of my career doing music placement and sound, I’d be happy with my career.
Have you seen this:
Soul (Review)