Diamond Select Toys has released the first images from some of their awesome new collectibles available for pre-order in May.

Products based on Marvel Comics, DC Comics,  Black Panther, Thor: Ragnarok, Batman: The Animated Series, the Batman Classic TV Series and more are all ready to order. Here’s a look at some of the awesome items available. 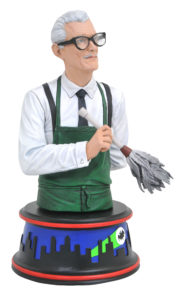 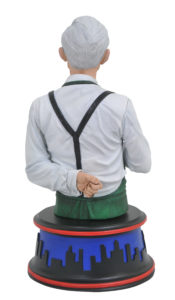 The epic line of resin busts based on the classic Batman TV Series continues, with the show’s single most important character - Alfred! The sole keeper of Batman and Robin’s secret identities, Alfred kept house at Wayne Manor and assisted Master Bruce and Master Dick whenever they needed him. This 6-inch bust comes armed with a feather duster, and sits atop a pedestal base inspired by the show’s opening credits. Limited to 3,000 pieces, it comes packaged with a certificate of authenticity in a full-color box. Hand-sculpted by Jean St. Jean! 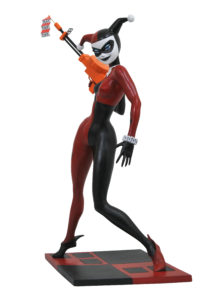 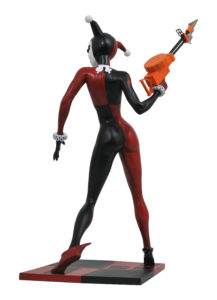 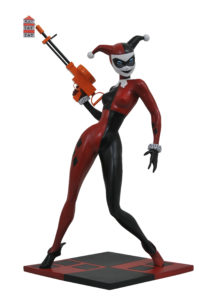 As many costume changes as Harley Quinn goes through, we always come back to the harlequin suit she wore when she debuted on Batman: The Animated Series. Measuring approximately 12 inches tall, this all-new sculpture captures her classic costume in the animated style, in a limited edition of 3,000 pieces. Each comes with a certificate of authenticity in a full-color, hand-numbered box. Hand-sculpted by Clayburn Moore!

Have you seen this:
New Items From Diamond Will Blow Your Socks Off 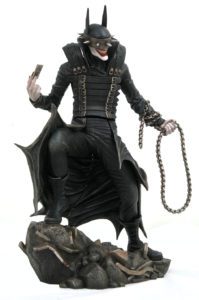 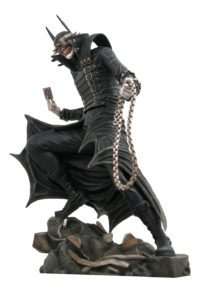 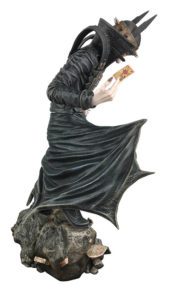 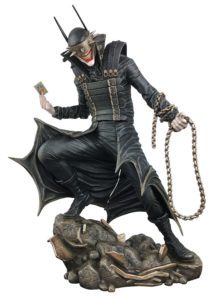 From the pages of Dark Nights: Metal comes the Batman Who Laughs, the leader of the Dark Knights, a team of evil Batmen from across the multiverse. This fully Jokerized Batman stands about 9 inches tall, and features a detailed sculpt with exacting painted details. The high-grade plastic statue comes packaged in a full-color window box. Sculpted by Alterton!

Celebrating its 15th year, the Marvel Minimates line has dedicated its 76th assortment to the epic Spider-Man crossover, Maximum Carnage! Four specialty-exclusive 2-packs make up the assortment - Spider-Man with Black Cat, Venom with Doppelganger, Carnage with Demogoblin and Cloak with Dagger - and if you collect all four you get the pieces to build Shriek! Each 2-inch Minimates mini-figure features 14 points of articulation and fully interchangeable parts. Designed by Barry Bradfield. 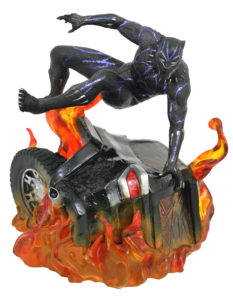 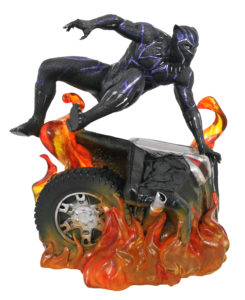 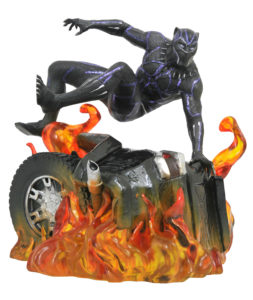 The Black Panther braves the flames to become the newest PVC Diorama in the Marvel Gallery line! Vaulting over the flaming wreckage of a car chase gone bad, T’Challa is sculpted in a 9-inch scale and cast in opaque and translucent plastic for a realistic flame effect. Featuring detailed sculpting and paint details, the diorama comes in a full-color window box. 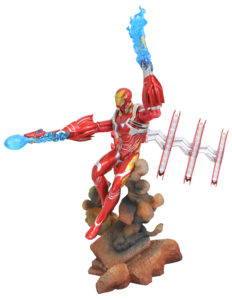 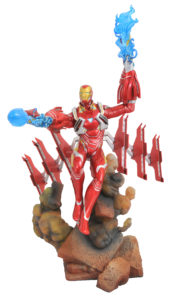 A Diamond Select Toys release! How high-tech is your Gallery? This PVC Diorama of Iron Man in his tricked-out Mark 50 armor is based on his appearance in Avengers: Infinity War, and is sculpted in an approximately 9-inch scale. Featuring detailed sculpting and paint details, this piece comes packaged in a full-color window box. Sculpted by Gentle Giant Studios. 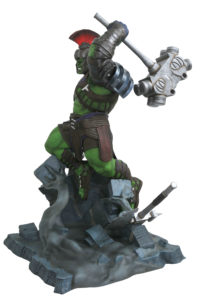 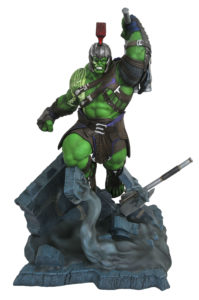 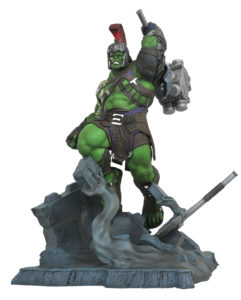 This is the big one! Clocking in at approximately 24 inches, this Milestones statue of the Hulk as he appeared in Thor: Ragnarok is one of the biggest DST has ever made! Limited to an edition of only 1,000, this resin statue can be displayed on its own or join with the upcoming Gladiator Thor statue to form a scene from the movie! Each statue comes packaged with a certificate of authenticity in a full-color, hand-numbered box. Sculpted by Jorge Santos Souza!

Collectibles diamond select
Are you an Insider?News, reviews, & updates are just the beginning.