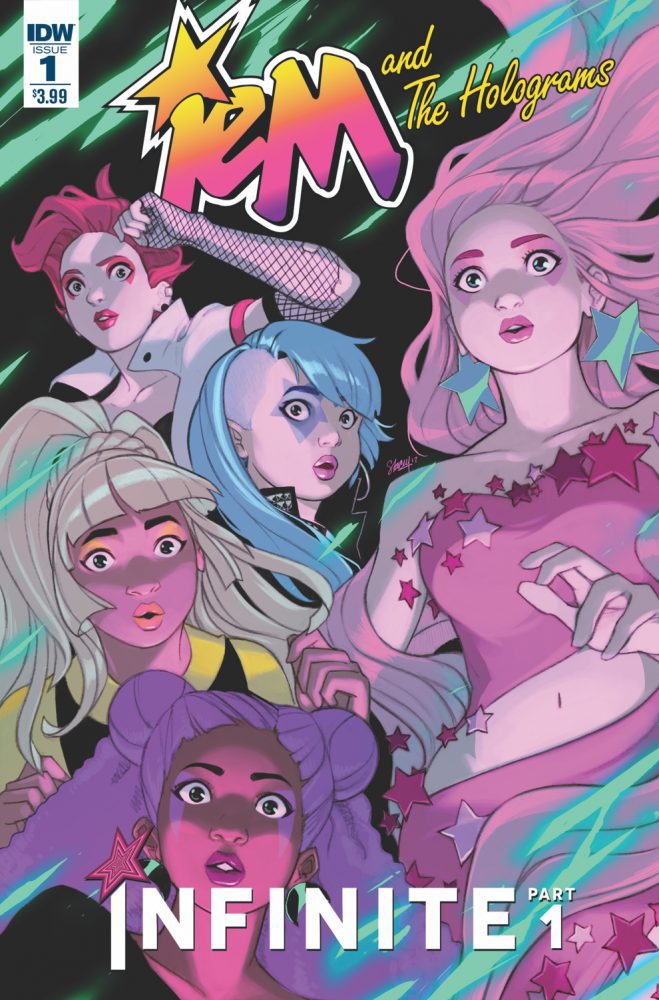 When we last left Jem and the Holograms: Jem… er, I mean Jerrica, was trying to determine if it was in the best interest of her band to reveal her secret.  (The secret being that Jem is just a hologram and Jerrica is really the one in control.)  While this is going on she is also having to deal with a rival band, The Misfits.  They claim that Jem is trying to ruin them.  She is not.  They also think that it is her fault they have been blacklisted in the industry.  It is not, Jem checked.  At least the charity concert is over and Jem and the Holograms can go home and relax for a bit. 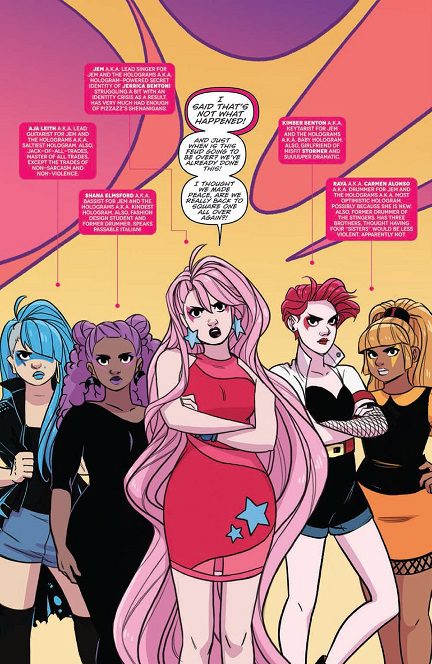 What is a comic book without crisis, though?  Techrat has made his way back into the story.  Or, at least the Holograms think this is Techrat.  Turns out that he is from a parallel Earth and they need the help of Jem.  I am doing my best to not compare this to other comic books.  At best, Kelly Thompson is borrowing an idea that has worked in the past and is making it her own.

The art in this issue holds up to what I expect to see in a Jem story.  Even in the darker parts, it is still full of color.  At the beginning of this issue, they reintroduce the characters.  This could be slightly annoying to people who have read all of the other comics, but it only takes up two quick pages.  They even throw in a couple facts I did not know before reading this.  What those intros do is let new readers jump right in.  Though I would recommend reading all of the previous work by Ms. Thompson.  If you can only read one other arc before this, read Jem: The Misfits.  That story helps put the “rival band” in a better, more understandable light.