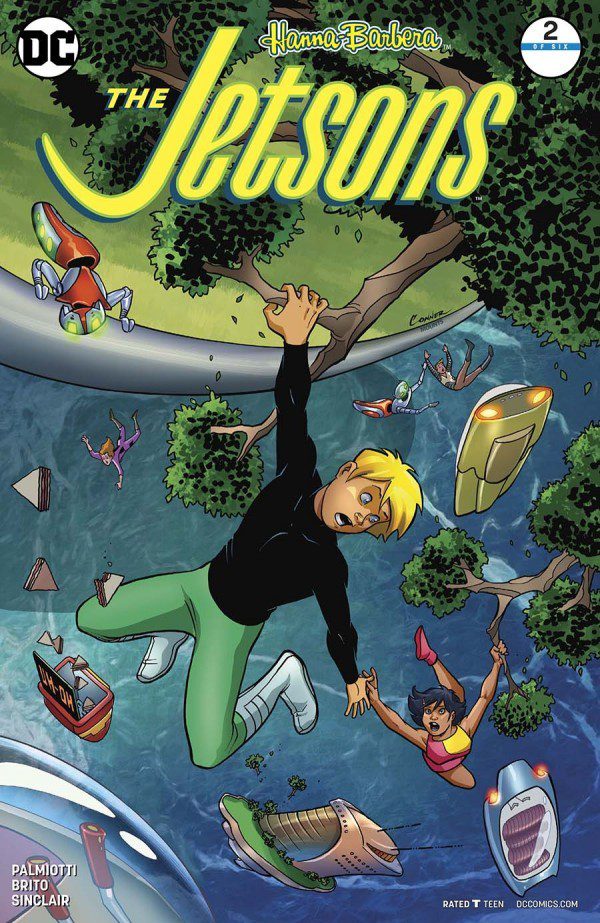 DC continues to reinterpret classic Hanna Barbera franchises into new and ideally meaningful ways. Garth Ennis’ Dastardly & Muttely is now in its fourth issue and has continued to play with readers expectations. Jimmy Palmiotti’s The Jetsons also plays with reader expectations due to not fully establishing what readers can expect from this version of these classic characters. Issue #2 continues to build the characters and the world created in the first issue. Similar to the last issue, Palmiotti’s characters are interesting and his writing makes connecting with these characters easy, but their connection to classic characters is tenuous at best. As a result, The Jetsons is a solid science fiction comic without an emotional connection to the former franchise.

This lack of connection may be for the better given that the extent of original 1960’s characterizations was limited to traditional gender roles of the period. To portray Judy as a boy-crazy teen or Elroy as a plucky youngster limits the depth that Palmiotti could extract. Jane’s role, as shown in issue #1, is a leading 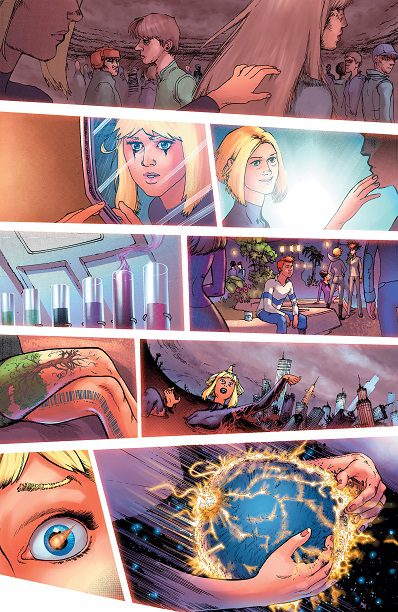 scientist and visionary, but even in this future earth she still is subjected to the advances and harassment of men. George’s role expands during issue #2 through his hands-on repair work and expertise but serves as a witness to the plot, rather than a participant. George’s lack of action and passive nature may be the closest Palmiotti gets to mirror the original character traits.

The passive characters are the weakness of this second issue. The incident underwater at the end of the first issue created a temporary crisis and disaster above the water. A crisis which now will reunite Jane and George. This creates a good setup for character growth and drama within the world. Unfortunately, this issue is only the setup. For a six-issue miniseries, issue #2 takes the entire issue to move anything forward. Palmiotti does use these pages to develop a world of dream recordings, synthetic grass, zero gravity exercise, and medical technology. He creates an interesting world but gives readers little reason to care about its occupants.

Palmiotti’s world grows richer and further developed in The Jetsons #2, but his characters remain limited. This issue will provide development for the collected trade paperback, but as a stand-alone issue – reader’s can easily pass.