Jim Henson’s The Power of the Dark Crystal #3 Review 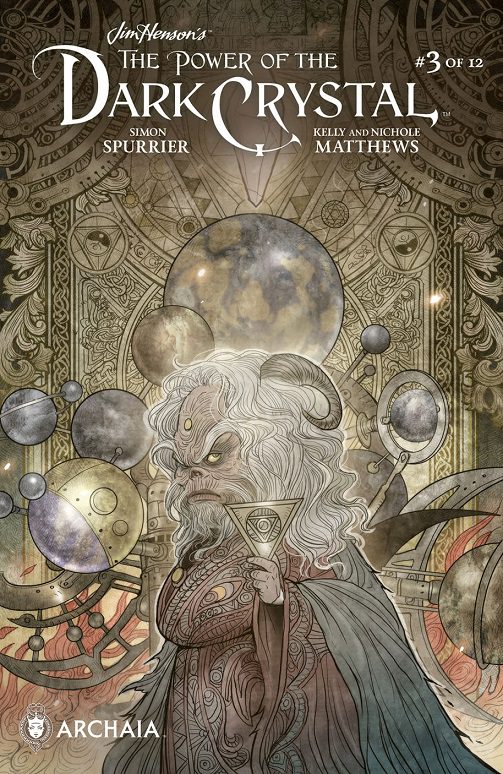 The Power of the Dark Crystal #3
BOOM Studios

A challenge in converting a screenplay to a comic often comes down to pacing. 20 - 30 minutes of world building and exposition may invest a viewer, but it can drag a single issue of a comic down. After a strong start, the second issue was too heavy in exposition. Issue #2 ended with the new character, Thurma, shattering the crystal and releasing the evil Skeksis back into the world. The screenplay by Craig Pearce, Annette Duffy, and David Odell continues to stay true to the themes, pacing, and world of the original movie. Writer Simon Spurrier has more action to work with in this issue as the Skeksis waste no time to remind readers why they were the villains of the original tale.

Spurrier once again creates excitement and suspense in how the action is framed and paced. With the return of the evil Skeksis and the shattering of the crystal, there are a number of plot threads all running concurrently. Spurrier creates a sense of momentum with these multiple confrontations. There are meaningful acknowledgments of the original movie characters, but Spurrier does not get bogged down in nostalgia. 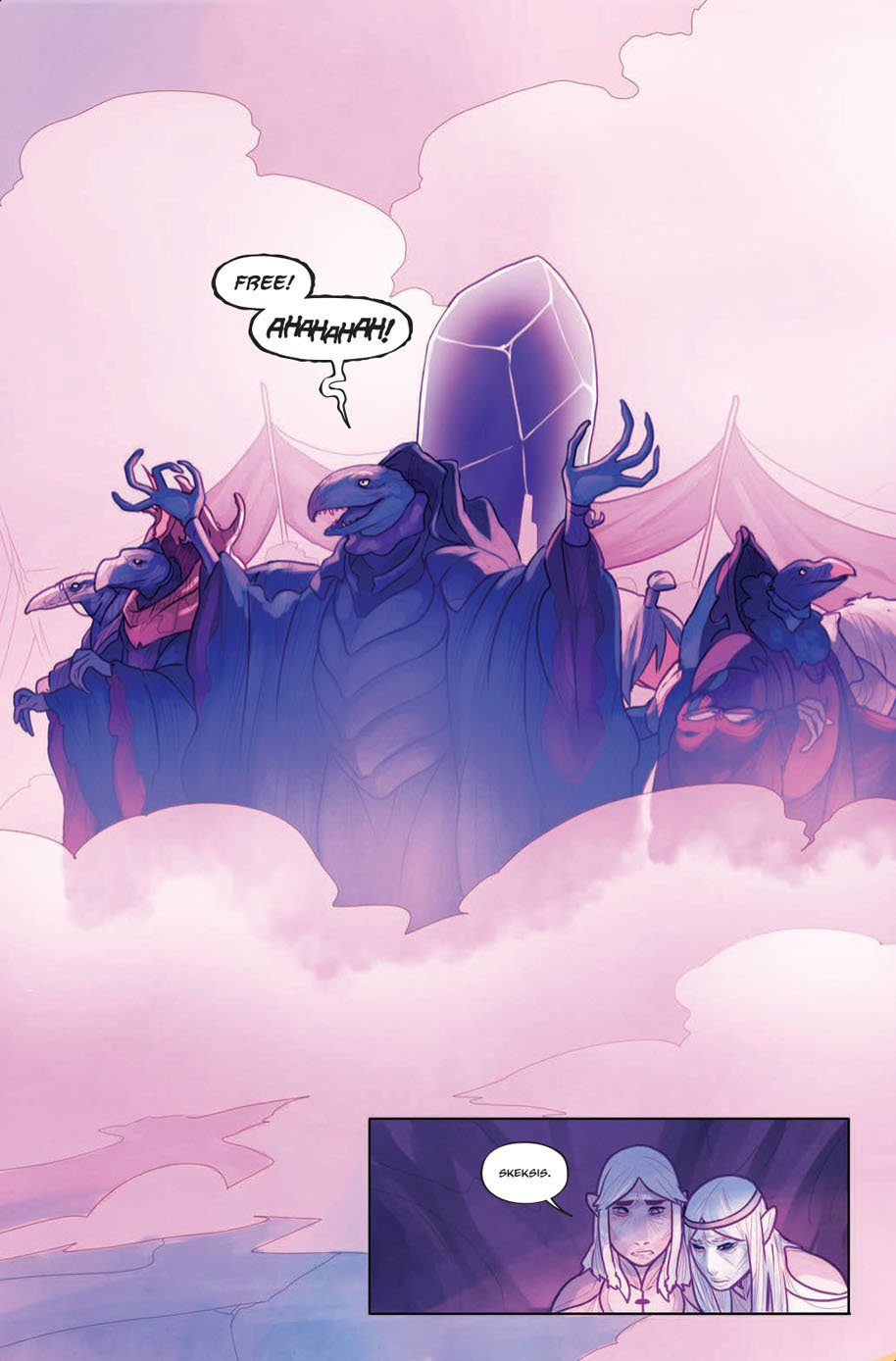 There remain clues that all is not right within the world and that the planet has larger environmental issues. The plot threads of the shattered crystal and the returned Skeksis create narrative openings for themes about the abuse of power and the care of the world. Like most good fairy tales, there are meanings and applications to the real world within the story and The Power of the Dark Crystal has that same potential.

The artistic team of Kelly and Nicole Matthews continues to create a beautiful world and characters. Their stylistic coloring invokes a painted fairy tale that captures the mythical fantasy of the world. The artwork reflects the historic Muppet roots of these characters while adapting their uniqueness within a muted color palette.

Issue #3 brings excitement, confrontation, and drives the narrative forward. With picturesque artwork and solid pacing, The Power of the Dark Crystal returns to form. Even as the 3rd issue in the limited series, it remains accessible to new readers. True to fairy tales, there is a lot to hope for with this series and Spurrier and the Matthews duo are delivering.