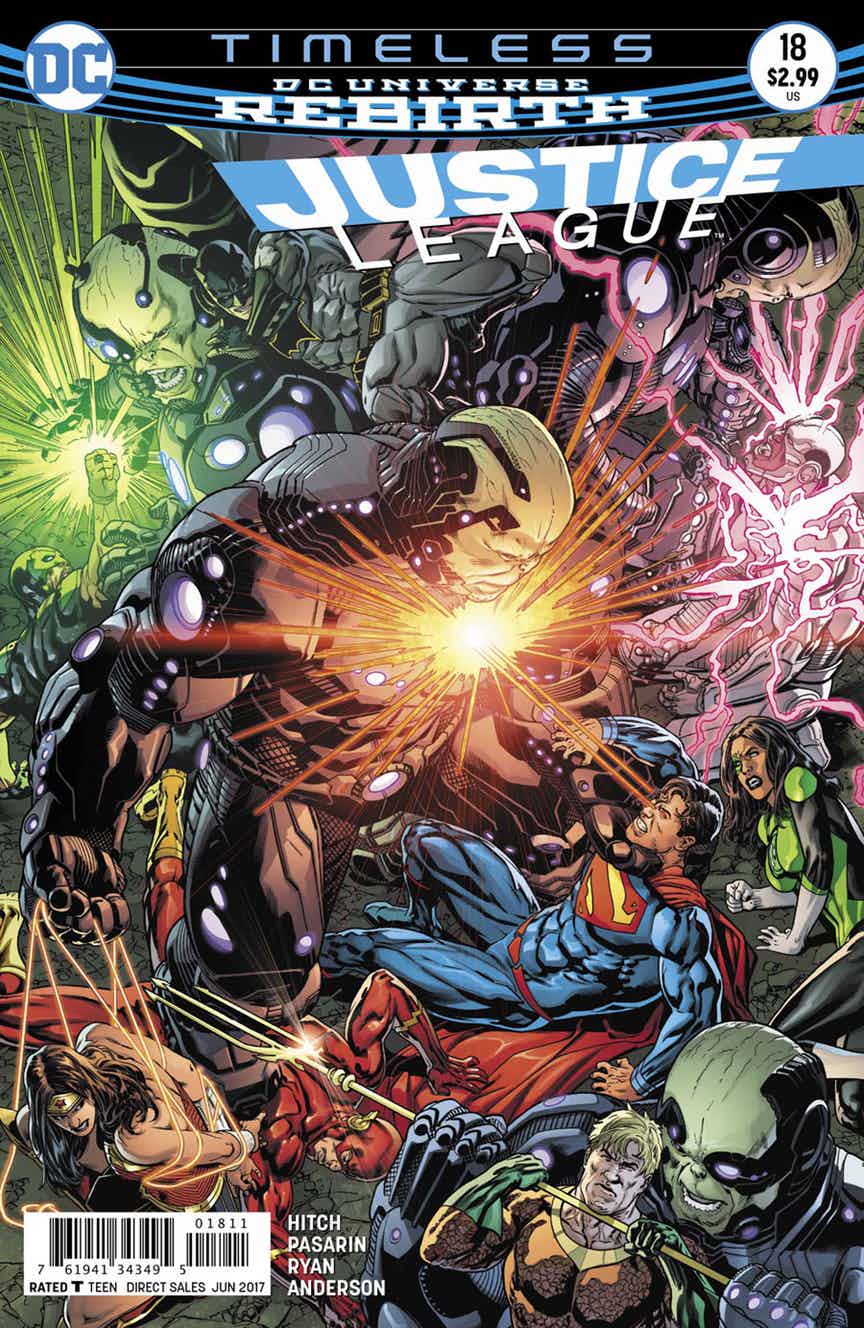 As Superman continues to rage against the forces of Tempus, the being himself has dispatched his troops to retrieve Lois and Jon. Superman continues to fight while the being continues to make the case that removing Earth from the universe will be the only thing that can save reality itself. Meanwhile, Batman is being outfitted with a new suit that is very familiar and he is confronted with the fact that the trio of time travelers who have been trying to help him have a deeper connection to the Justice League personally. As he makes his way deeper into the machine, a young woman is confronted by Tempus’ forces as she desperately tries to hide what she knows.

Across time and all over the world, the League continues to fight the forces of Tempus to gain control of the machines hovering over 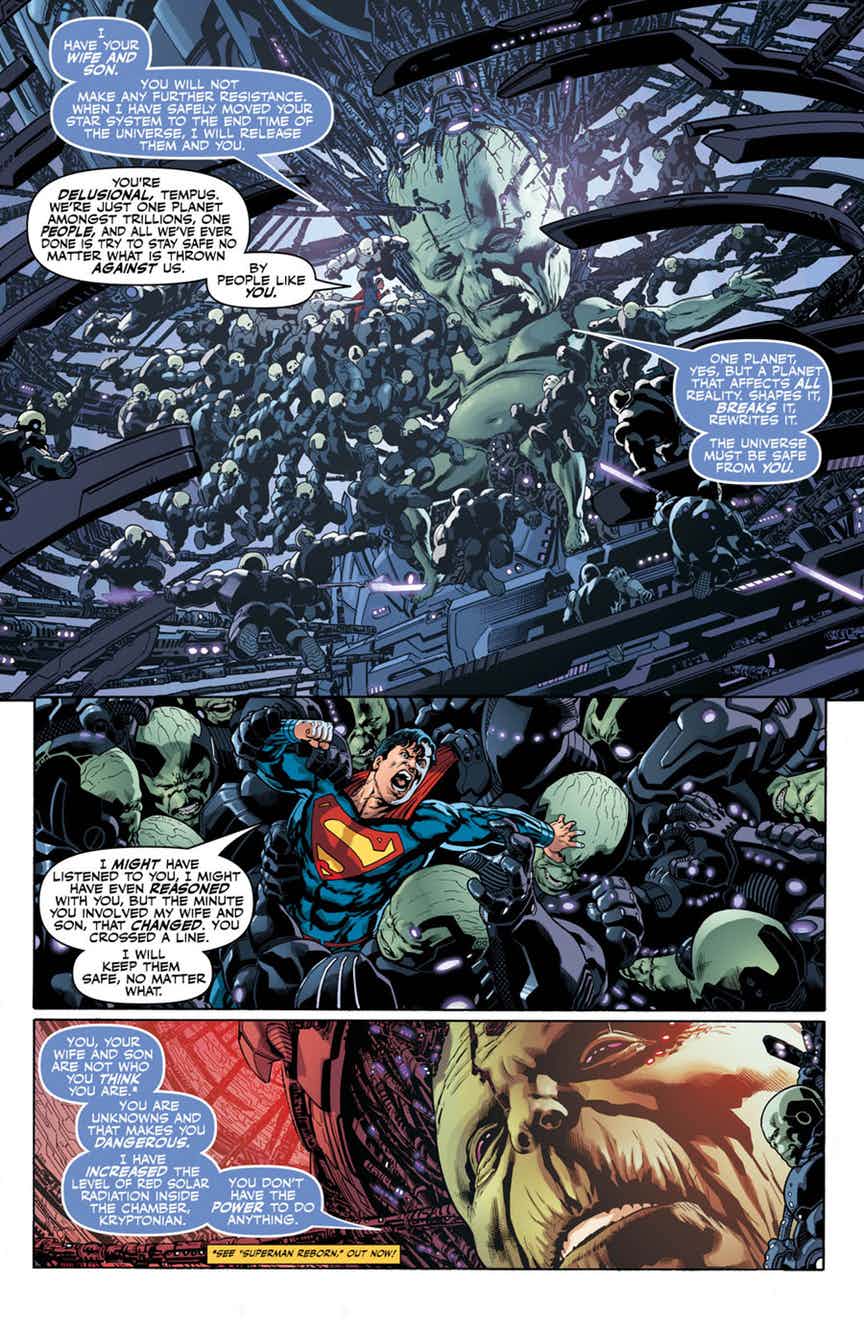 the planet. Batman uses a desperate gamble to try and help the failing Superman, who is being overtaken by red solar energy. Superman gets the upper hand and reveals something about Tempus that could severely damage the entities hold on the planet. Cyborg reaches the center of the machine as each member of the League moves into position. The young woman confronted by Tempus’s machines uses the opportunity to set into motion events that could mean the end of everything.

Have you seen this:
DC Fandome Returning OCtober 16th!

I sincerely enjoyed the twist at the end of this issue. It was unexpected and actually surprising. There are rarely moments that really make me step back for a moment and think about everything I just read, but this one does it. Great work by Bryan Hitch on this plot. He really brings the characters and the conflict together nicely, layering the action and intrigue elements in a way that allows for moments of surprise. Fernando Pasarin’s art well done. It services the plot well and there are great panels that show the intricate details of the machine itself and its scale. I really want to see how this storyline resolves.