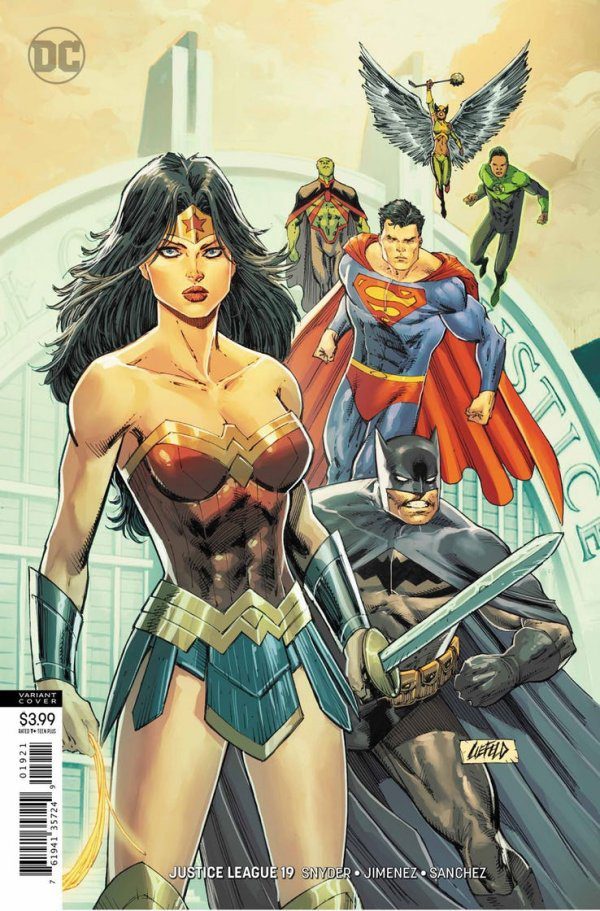 The Justice League is about to take on the strangest of trips as they try to recruit a dangerous enemy.

In the middle of Metropolis, Bruce Wayne has erected a giant dome. Cut off from the rest of the city, the dome is designed to simulate conditions perfect for one entity.

Superman meets with the rest of the league as the 90-day window is set to expire and allow for the return of Superman’s most dangerous, most powerful and most annoying enemy, Mxyzptlk. When the imp from the Fifth dimension arrives, he immediately laughs at the idea that the Justice League has trapped him and proceeds to turn the city against the heroes, literally. The heroes fight back but find themselves hopelessly outmatched against the imp and that’s when he realizes something is wrong.

The product of an elaborate ruse set up by Clark, Batman, and Martian Manhunter, Mxyzptlk is vulnerable by being on our dimension before his time and when the heroes ask for his help, he reveals that the destruction of the Source Wall is affecting his dimension as well. After agreeing to help them, he informs the team that there is a Sixth Dimension. A dimension beyond their understanding and the only person who can navigate it is Superman himself. As he steps through the doorway, he returns from the future with a path for the Justice League’s victory. As the team enters the doorway to follow Clark, they all forget that they are trusting the future of the multiverse and their safety to Mxyzptlk.

Scott Snyder reveals more about the hidden history of the multiverse in this issue and he does a great job of illustrating the growing desperations of the heroes to find a solution. Even if it means trusting Mxyzptlk. The plot is entertaining and engaging. The twists at the end are amazing. The dialogue and great, especially the moments between Superman and Batman and the narration. If there is one thing that stood out in the negative, it’s that too many characters had humorous asides, especially Batman. I understand that Batman is being used as comic relief, but there was one aside too many and they became distracting from the plot.

Jorge Jimenez’s art is insanely beautiful. He has captured not only the power and essence of these characters, but the fifth dimension attack is amazingly detailed. It stands out in an issue filled with amazing visuals.