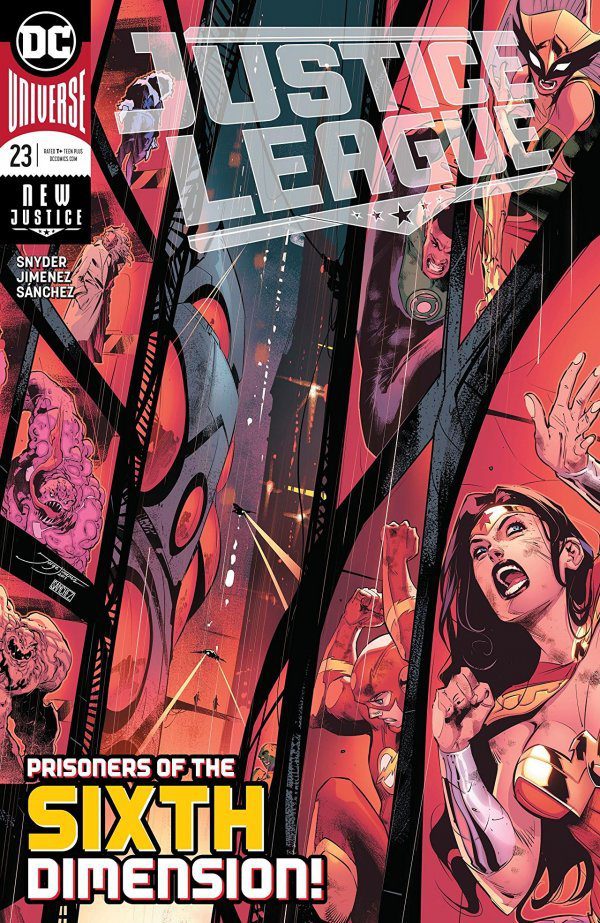 A memory of a moment with his son is the inspiration Superman needs to make one more desperate attempt to escape the prison he’s been trapped in.

At the same time, the Justice League is in the custody of a very angry Lois Lane and her forces. With no powers and little chance of escape, the League is locked up in the same prison as the worst villains in the DCU. As they attempt to escape, not only do they wonder where Batman is, but they find an unlikely group of allies looking to save them.

Batman is alone with the World Forger in the utopia he has created. In order to place this ideal future on top of the one being erased, Batman will have to make a decision that will condemn a friend.

Scott Snyder always seems to do a brilliant balancing act of writing stories that are both hopeful and harrowing. Harrowing in their high emotional and physical stakes and hopeful in its pacing. This issue does a great job of bringing the reader to the brink and pulling the rug out from under them, often at the same time. Both Superman’s arc in this story and Batman’s are unique and it is interesting to see how their two stories intertwine, especially considering what Batman is doing to ensure a new future. It’s a testament to the writing that I want to come back and see what happens next both in the Superman storyline, but in the overall arc as well.

Jorge Jiminez delivers some incredibly beautiful and detailed art throughout the issue and the differences in visual tone between the four different locations is magnificently rendered.