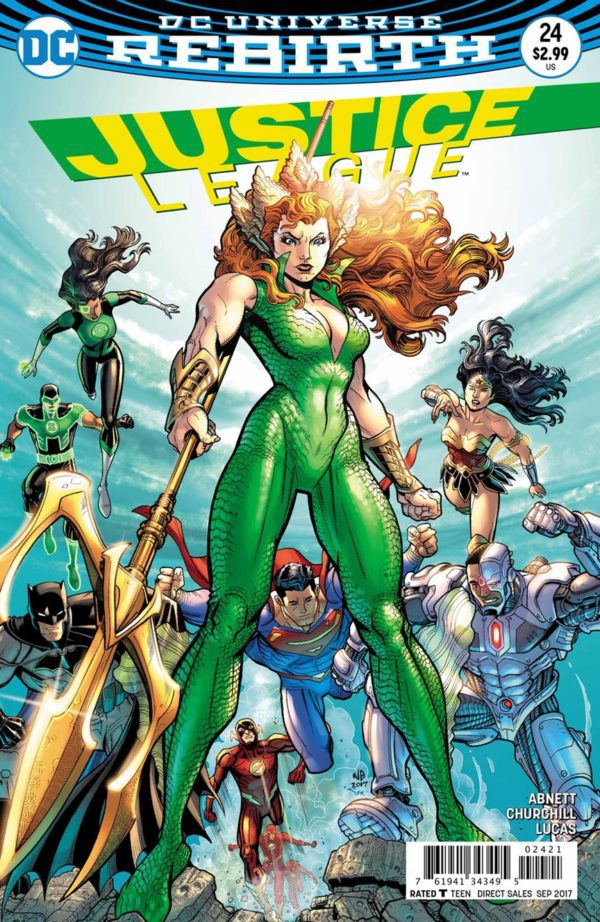 Cyborg alerts the rest of the League to a massive super storm in the Atlantic Ocean. In an are familiar with the League: Atlantis. As they come upon the city, an unbreakable dome has appeared over it. Unfortunately, that is the least of the team’s worries as massive tidal waves are heading to the US coast line. Batman gets everyone in gear to deal with the threat as a new one emerges from the depths of the sea: Mera. As the League attempts to find out why Mera has become enraged, they find out that the shield covering the city is keeping her out and preventing her from helping Aquaman, who is trapped within it and overthrown. 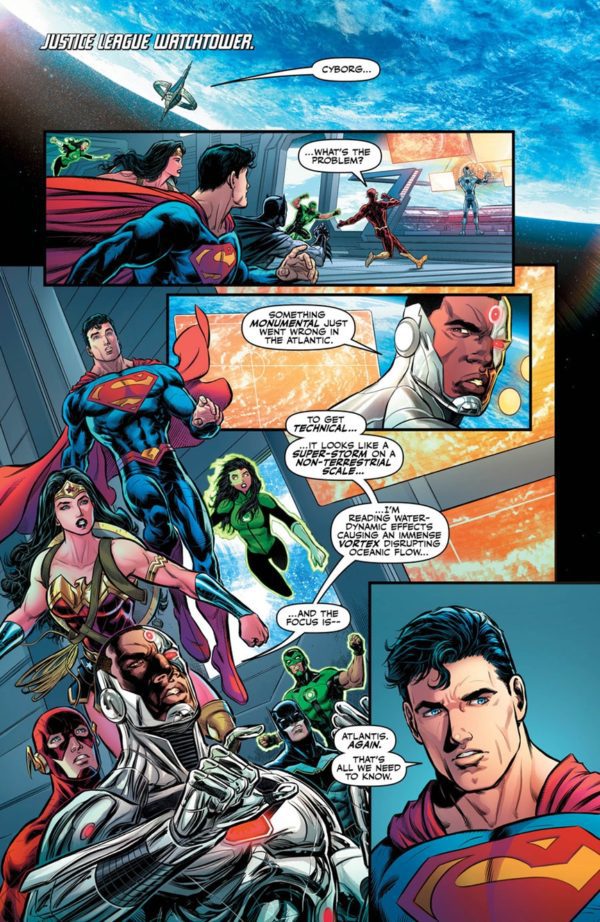 As Mera continues her assault, she takes out the League’s most powerful one by one, leaving only Batman to stand against her. As the battle continues, the League must come to terms with the fact that they really don’t know Mera at all. Especially the lengths she will go to in order to save the man she loves and the peace that he seeks with the surface.

As a standalone issue divorced from a huge arc, this story works. Abnett brings forward some interesting conflicts that not many fans would consider about the relationship between the Justice League and Mera. It is interesting to see her in a situation where she is the focus of her own story and not the extension of Arthur’s and I would like to see how that gets explored. Churchill’s art is well done in the action moments between the League and Mera and there are some remarkably well drawn moments of tension with these characters and the scale of the conflict is very well done.