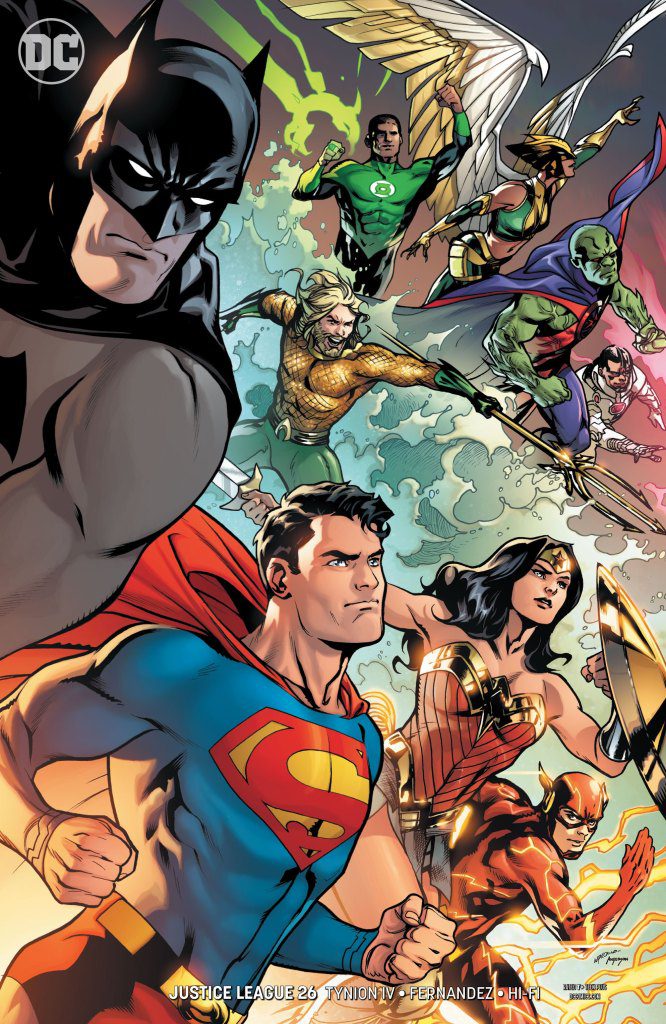 In the wake of the League’s return, the world teetering on the brink with people choosing Doom as the new normal and rumors of a cloaked figure fulfilling their darkest desires. Martian Manhunter is determined to separate the rumors from the facts and his investigation will lead him to a dangerous confrontation.

Mera and Hawkgirl are running the League and Kendra is obsessed with getting every hero on Earth ready while they search for the Legion of Doom. While the heroes prepare and the detective detects, Mera has to remind her colleague that she and Manhunter have some things they need to discuss. One of them being the child they share who returned with them to the present.

At the same time, a meeting of the heroes from across the Multiverse lays out the stakes and the dangers they all face as Superman tries to seek help from anyone he can.

James Tynion IV continues the story with an emphasis on the League dealing with a world they don’t recognize and circumstances that will challenge everything they believe in, including justice itself. There are some great character driven moments in this issue and the stakes that were laid out make for an interesting and engaging read. Manhunter’s story in this issue is one of the best and his investigation into the rumors of the “cloaked man” are some of the best parts of the issue.

Javier Fernandez does a great job with the art in the issue and the dark tone of the art is perfect for this story.