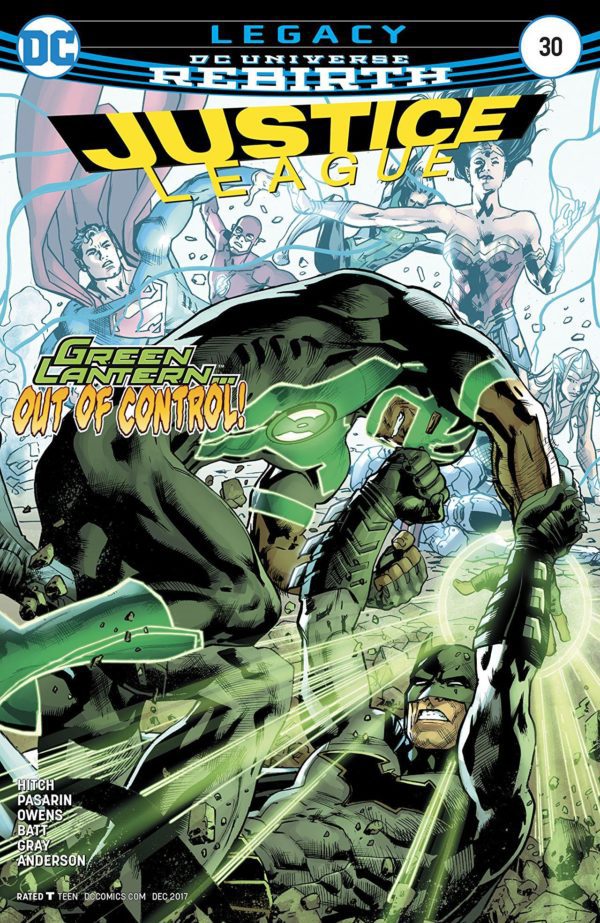 Diana is entwined in the energy that Simon was keeping at bay as the children of the League and the soldiers move in. As Steve Trevor tries to hold them back, he is attacked by Simon Baz and both and Diana are fighting commands telling them to kill everyone. The energy is the threat that seemingly wiped out the world the kids come from. As they try and decide what to do next, the Sovereign arrives at Amnesty Bay to confront Mera. The Sovereign forces Arthur to tell Mera what was done to him by their daughter Serenity and he opens a portal to take Sovereign to where she wants to go with Mera in pursuit. 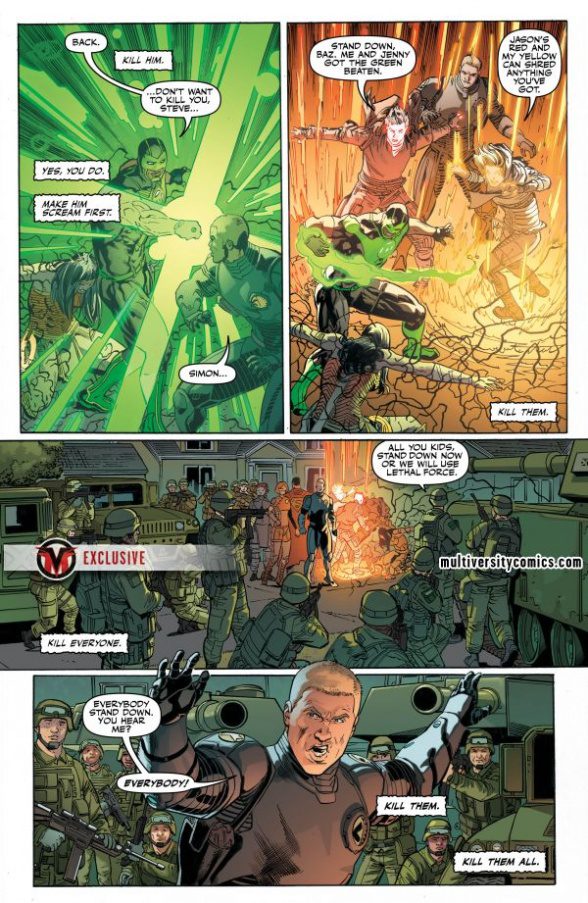 Meanwhile, Bruce is in pursuit in the Batplane as Sovereign and Arthur arrive at Diana’s location. After taking out the soldiers guarding the scene, Sovereign confronts Diana. As the rest of the League arrives, Sovereign reveals herself to Diana and commands her embrace the darkness that is overtaking her and in that darkness she can kill the entire world.

This issue actually held my attention. There has been apprehension on my part about the Legacy storyline and those problems still exist in one fashion, but this issue was refreshing in its pacing and appeal. I actually want to know what happens next. The art work in the issue is great and there are some really awesome expressive panels that I enjoyed looking over a second time.