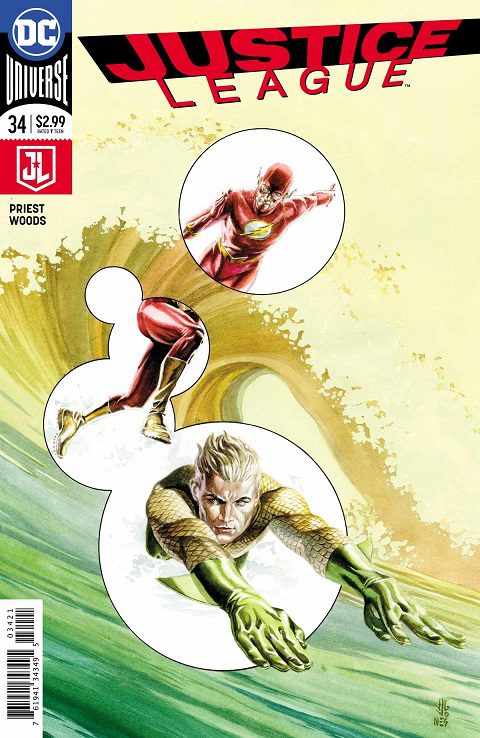 What makes Batman one of the most enduring comic book heroes in history is, despite his lack of superpowers, he consistently pushes him beyond his limits to overcome whatever is thrown at him and his team. Unfortunately, he is still human. A theme that is prevalent throughout this issue. As Simon takes off from an alien planet to investigate an armada of approaching alien ships, Bruce is crashed at the bottom of the stairs of Wayne Manor with Alfred finally coaxing him to get into bed after being up for three days straight. When the alert wakes him, Bruce gets into gear and Alfred scolds him for it, as he should.

As he makes his way to the Watchtower, Cyborg gives him the rundown on the three current threats facing the planet. A 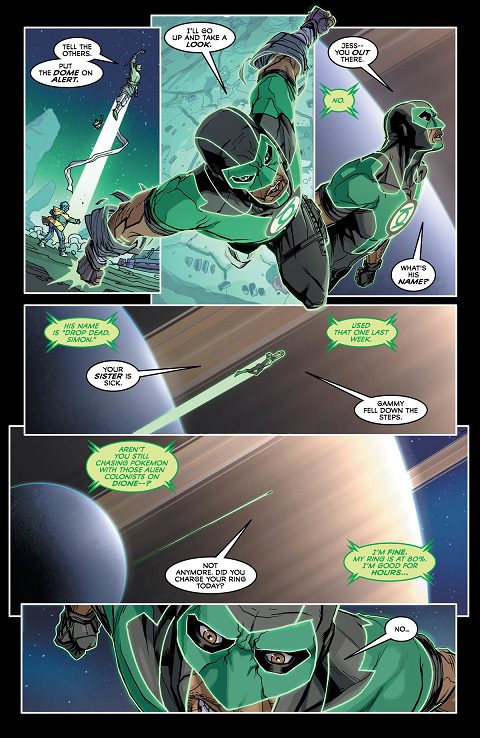 group of nuns are being held hostage by terrorists broadcasting live online. An earthquake has trapped thousands in Central America and the alien fleet headed their way. Instead of handing off the responsibility to Cyborg, Bruce starts tasking the League and dispatching them to handle the threats. Jessica, Superman, and Flash are evacuating the civilians from the earthquake site, Simon is following the fleet, trying to communicate and Batman is going after the nuns with Wonder Woman and Aquaman.

In a scene reminiscent of the film Speed, Arthur and Diana are both undercover as Bruce monitors the FBI. In a series of incidents that are uncharacteristic of the Dark Knight’s abilities, everything seems to go wrong at once with each scenario, leaving Batman to wonder what is going on and if this isn’t the precursor to something worse coming his way.

Self-doubt and reflection are themes that have been explored with Batman before and this issue does a good job of reminding the ‘World’s Greatest Detective’ that he is also a human being who can push himself too far for the sake of a mission. Priest has done a great job of telling a small, human story on a grand scale. Wood’s art enhances the story well and I like the direction this story is taking.