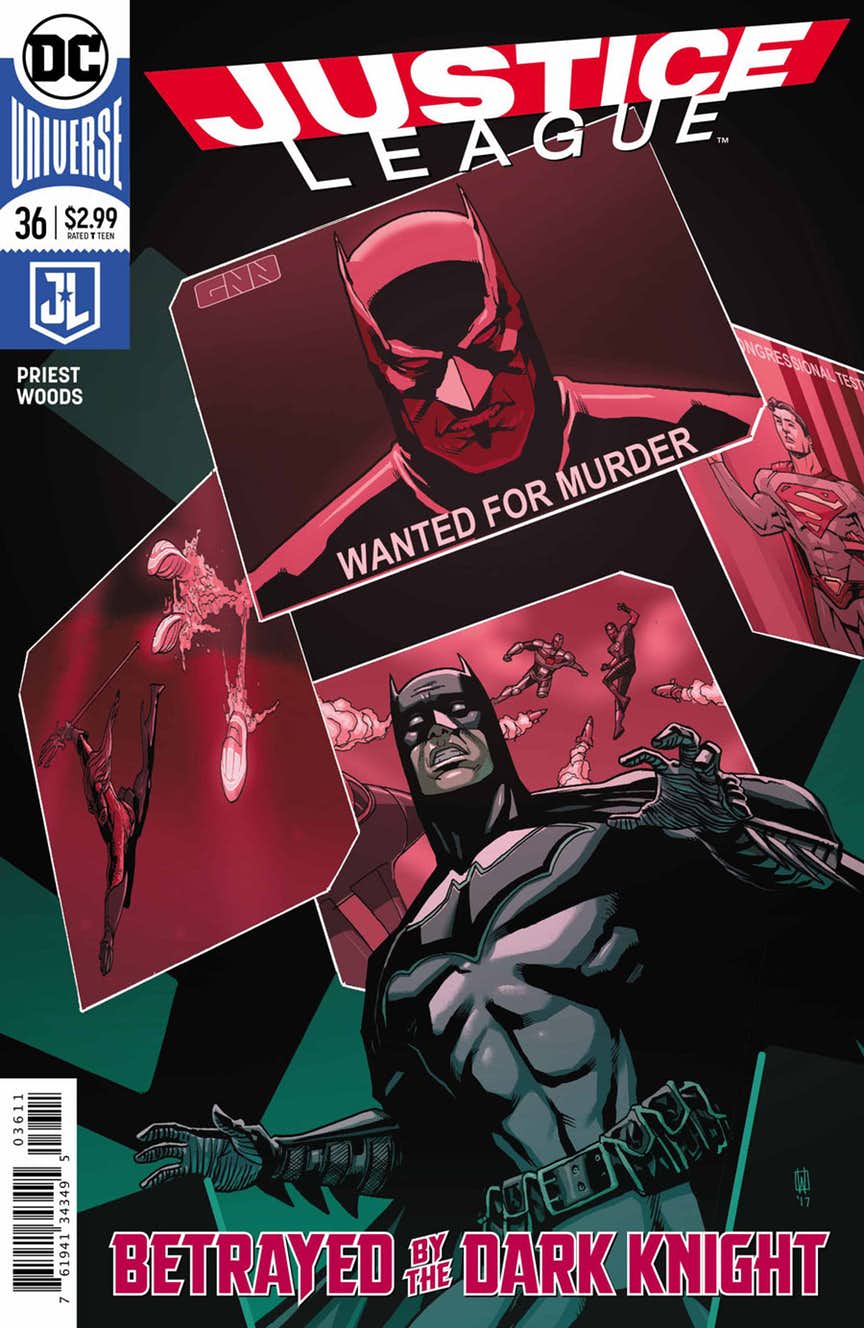 The House of Representatives is conducting a hearing on the events that led to the death of a civilian and the Justice League in total. After bloviating about the scope of the inquiry, the first witness is sworn in; Superman. That night, the Rep chairing the committee is murdered publicly by Batman himself with a Batarang to her head. Dick decides to confront Bruce about the obvious copycat who murdered the chairwoman, but Bruce seems less inclined to go out and hunt down the man impersonating him than to let the League take point and stay out of the fight altogether. His rationale to Dick is that it’s going to get worse before he teleports to the Watchtower.

Meanwhile, Aquaman is being chased by drones as he tries to remove a spy submarine carrying nuclear weapons. He clashes philosophically with Batman over what to do because the League cannot interfere while the sub is in the territorial waters of a sovereign nation. A distinction that Aquaman objects to considering his role. Bruce and Diana get into a heated exchange about the copycat as well and the problems with the concept of the League start to bubble to the surface. When Cyborg gets a lead on the copycat, he contacts Batman who decides to go after him alone. A move that alienates everyone who has been talking about how they need to work as a team and a plan that might get someone killed. 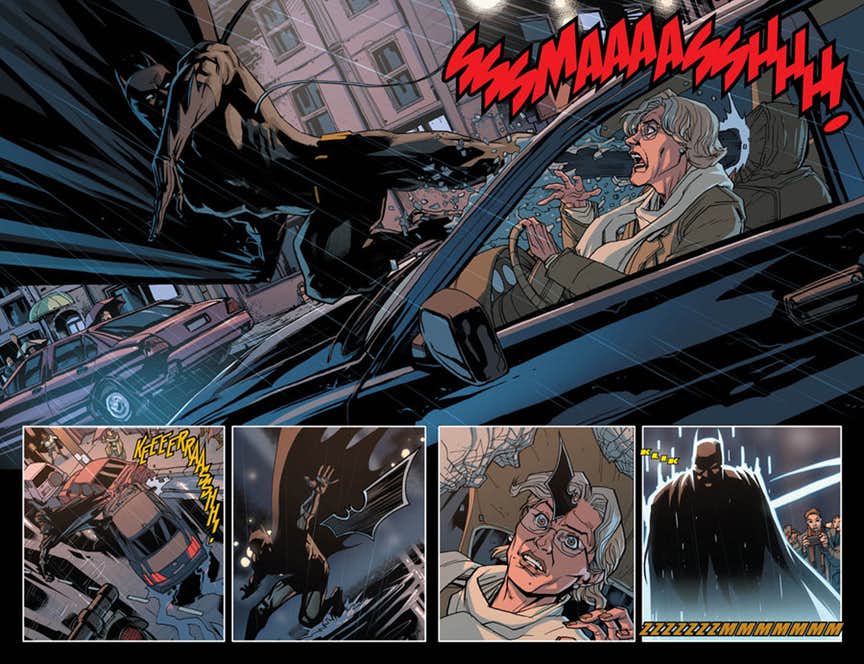 There is a mystery to where this story is going that I enjoy. I don’t know what’s going to happen next, but I’m intrigued by the journey. Priest has done a really good job of upping the suspense and showing the cracks in the team’s dynamics effectively enough to make them realistic to the reader. Batman’s self-doubt continues to be an interesting character trait to explore and I am interested in seeing what that mean for his relationship with the rest of the team.