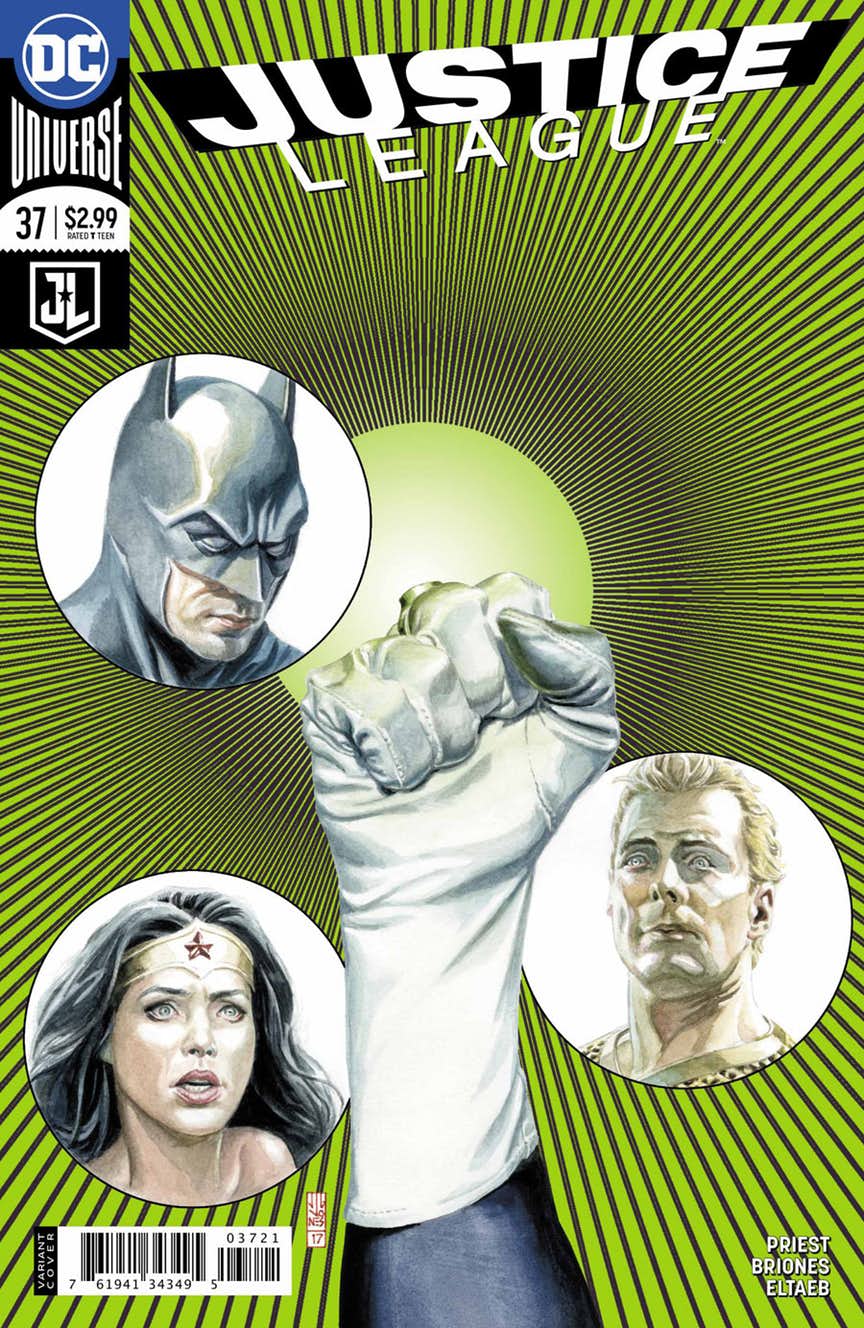 The Justice League is on trial in the court of public opinion and it is not looking good for the heroes. After the murder of a representative at the hands of a copycat Batman, the League must do what it needs to in order to flush out the man responsible and bring him to justice. But what does that mean in the long run? As Superman testifies before the government, the narrative shifts to the copycat in question.

At a moment in the past, the Justice League is fighting a creature in the middle of St Louis and they save the life of a friend of the copycat. As he recounts his experience at the time and his apparent admiration for the members of the League, he’s dealt a bad hand in the way of a falling building. As he recounts his fight back to health, we see that he has all the qualities you’re supposed to hate in a person besides his casual racism. 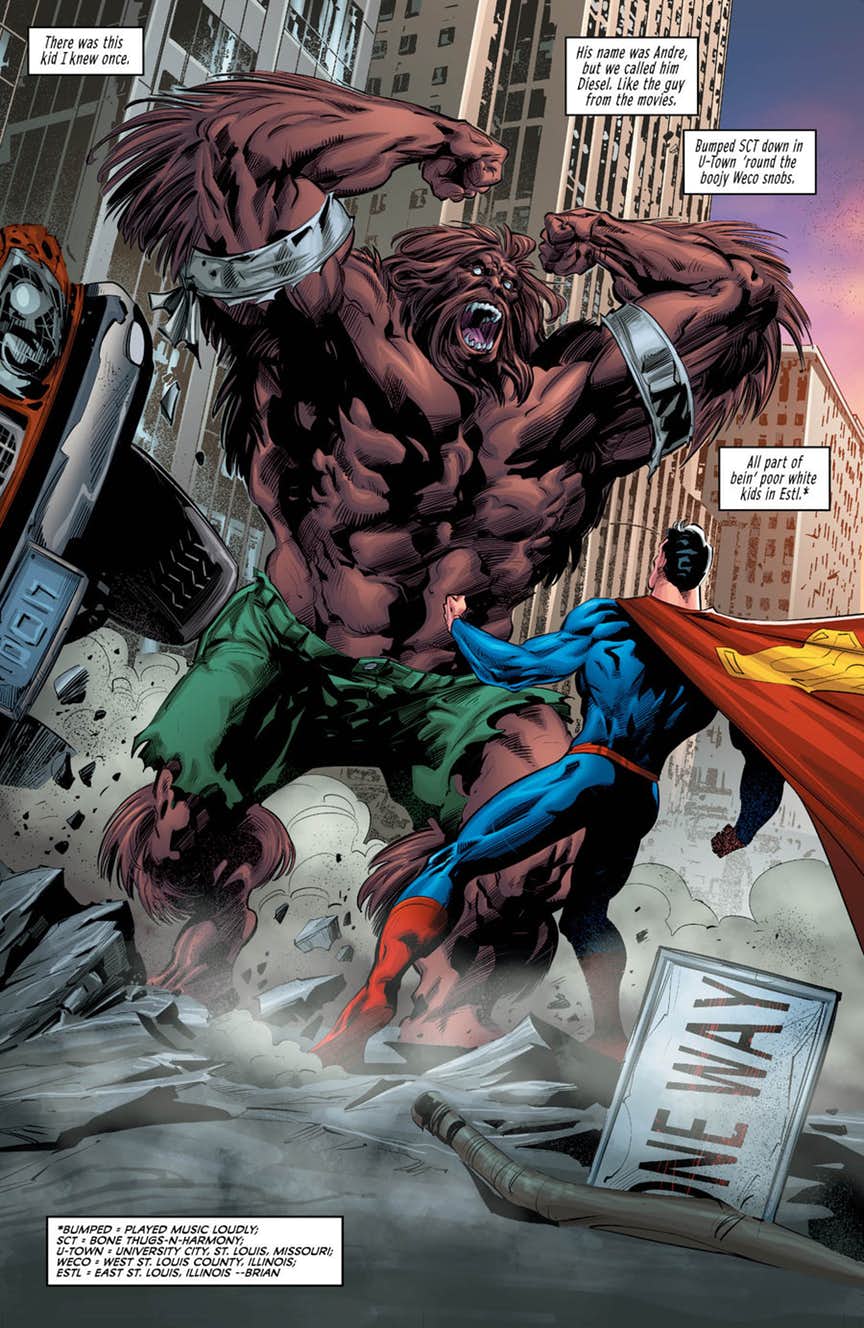 Meanwhile, a talk show where the panel is discussing the recent events and the purpose of heroes in the world has caught this Fan’s attention and he decides that he’s going to pay the show a visit in the guise of Hal Jordan and take out the hosts. Unfortunately, he underestimates Batman’s strategic planning. A mistake that might not get the League the kind of closure they are looking for.

I liked this issue. It was a well-executed story that added some interesting details and gave some insight into the League’s all too human nemesis. The only missteps for me were the execution of the Fan’s plans and how there doesn’t seem to be anything established so far that makes me believe he’s capable of carrying them out. I don’t get a sense of this guy being a threat as much as a MacGuffin used to showcase the real story which is how the League dispenses justice to someone who knows who they are?