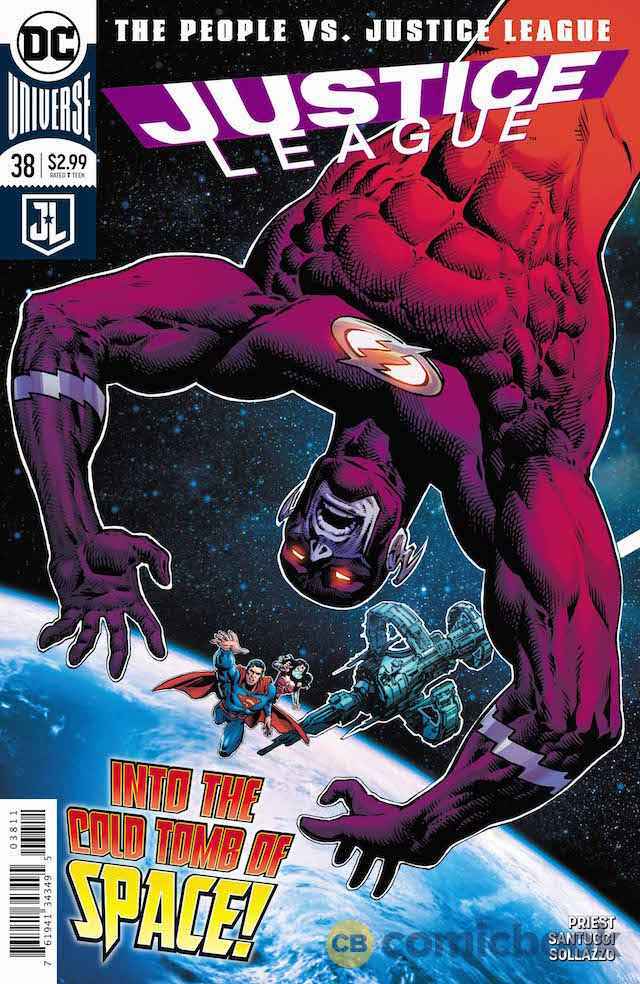 As the public sentiment against the Justice League continues to grow and the deranged fan that has been stalking them continues to operate, Barry is left on the Watchtower to try and remove any surveillance devices or security leaks that are on board. Meanwhile, Cyborg and Wonder Woman are in Africa. After scattering the team, Victor decides to pick them up one by one with Jessica going to find Batman. As the heroes regroup, they decide to pop in and visit Clark in his office because they all feel he’s the only one who can talk to Bruce about his obsession with the fan. As they discuss the matter, Wonder Woman brings up the Gotham Strike Force, the JLA and the other operatives Batman has at his disposal. 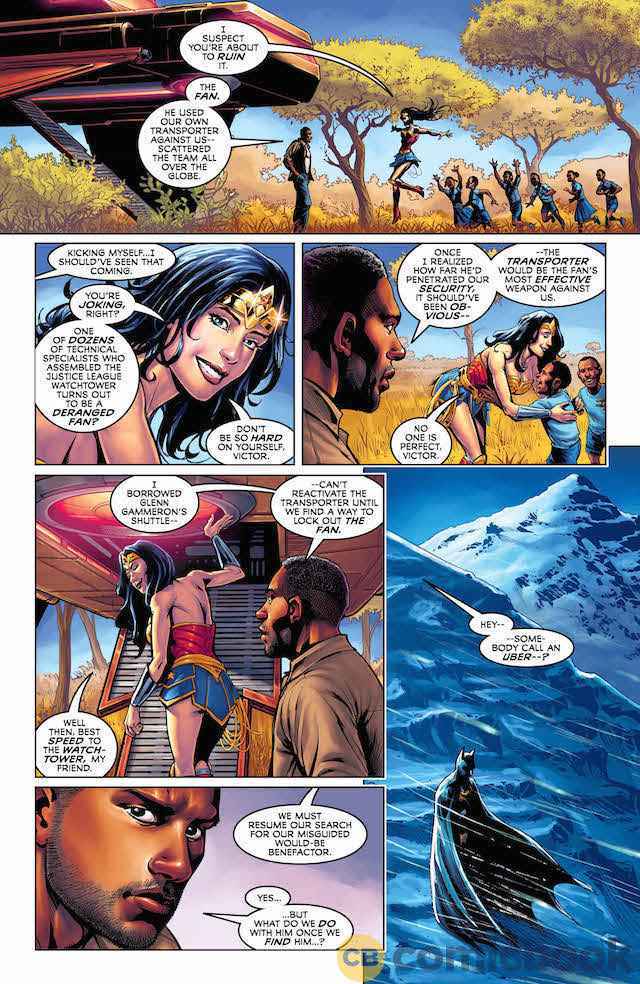 As they continue to discuss the matter, Flash needs to conduct an EVA to help out a shuttle that unsuccessfully tried to dock with the station and is in need of help. Flash gets caught out in space as the rest of the team makes their way to the station. Flash tries a desperate gamble to try and reach the station as Batman decides to make a bold decision both personally and for the team. A decision that leads to an interesting development with Cruz and a new leader for the Justice League.

Have you seen this:
Jim Henson's The Storyteller: Ghosts Part Four (REVIEW)

The Fan storyline is interesting and I hope that the series gets back to that in order to give some answers and finally conclude it. This issue seemed to be more filler than anything else and it’s entertaining but doesn’t really add too much of substance. The art is very well done and the framing of the Flash shots are particularly good. Unfortunately, it’s not enough.