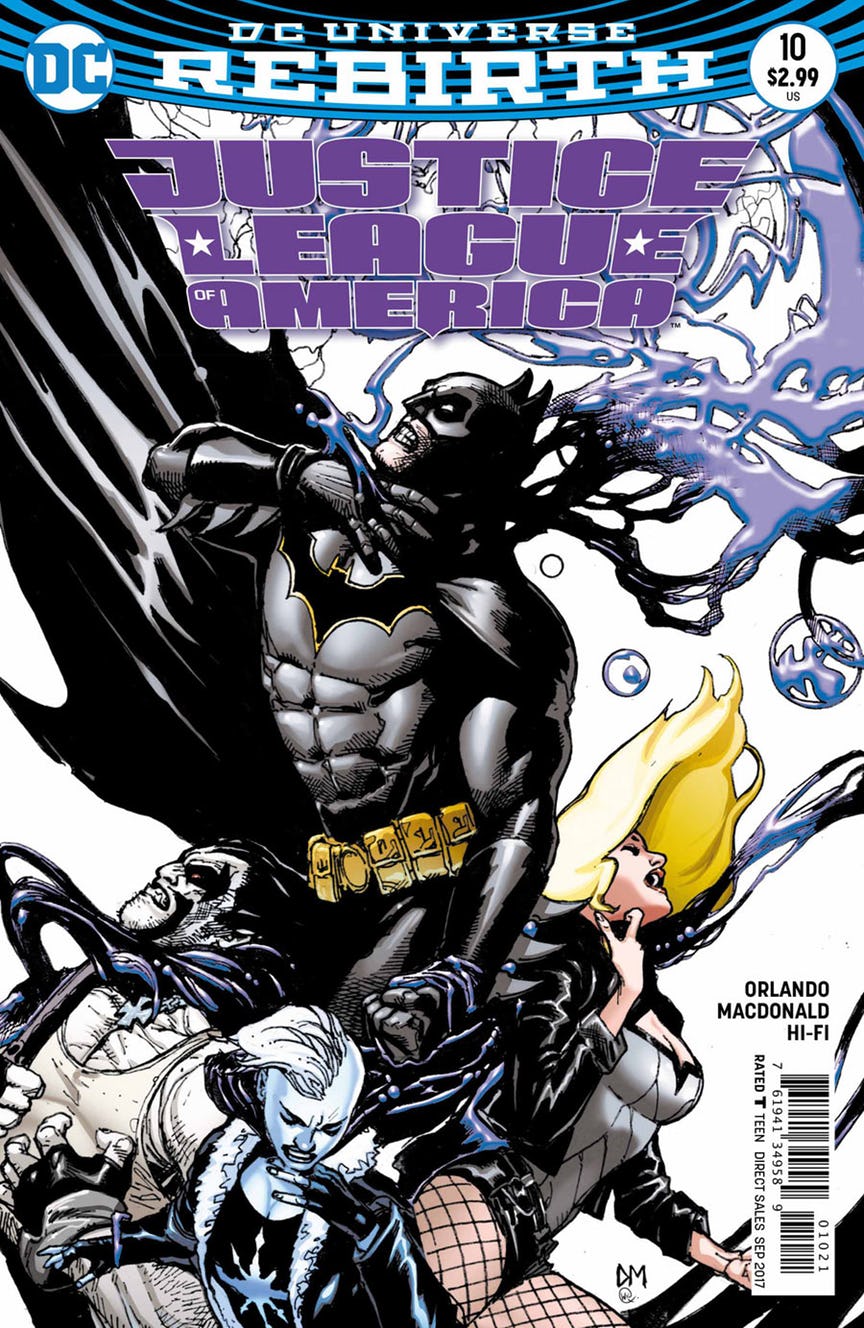 “Curse of the Kingbutcher Part 1”

In the city of Vanity a man named Christopher Kaminski is awaiting the granting of a wish. After following mysterious instructions, he is given the ability to walk without pain again. But as he begins to relish in his newfound mobility, he is told that he has been cursed by another figure in the room. Meanwhile, at the Sanctuary, Batman is addressing the rest of the League on their issues involving his role with the team. Batman takes them to task about how quickly they trusted Makson, who was about to murder his entire family with his bare hands. Unfortunately, Ray doesn’t want to listen.

Atom and Caitlin continue to search for a cure for her heat sickness while the rest of the team is in the discussion. As a relationship thread, this one continues to 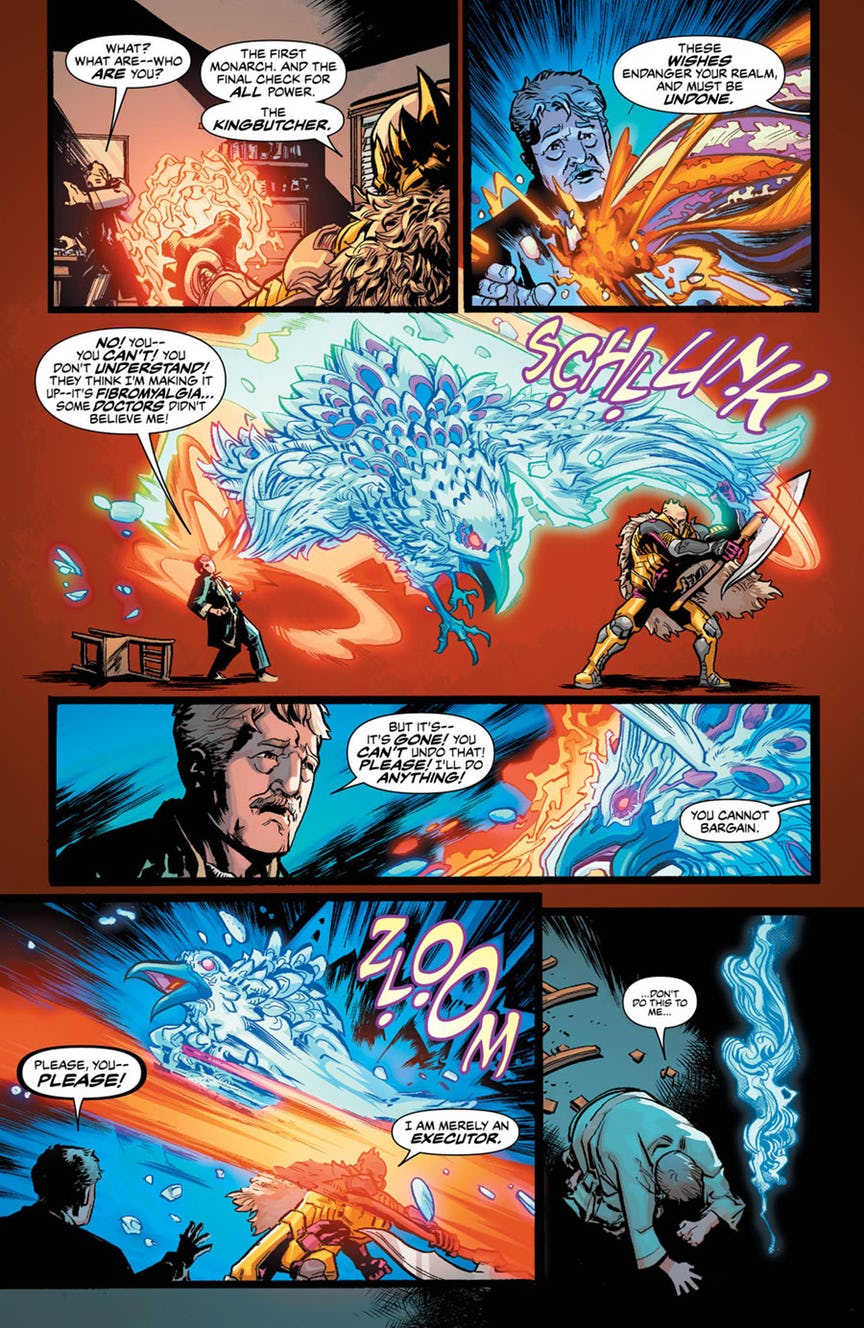 interest me in how it gets pursued. An alert brings the team back to reality as the newscaster tells the story of the people of Vanity being granted their wishes only to have someone take them away. Batman decides to take the team to Ray’s hometown and allow Atom and Caitlin to continue searching for a cure. The team lands in Vanity and learn from a friend of Ray’s that the power behind the wishes is growing and that the Kingbutcher has been taking people’s dreams and causing a rise in depression and crime. It’s a bit of a stretch credibility wise, but I was willing to accept the premise.

The Kingbutcher arrives and confronts the team with a compelling argument for why he does what he does and who he serves. It’s a philosophical argument that mirrors the conflict between Ray and Batman’s points of view. Ray attacks the Kingbutcher and is sent to parts unknown. He seems keenly aware of the League’s powers and handles them well until he decides to finally show them the true cost of the wishes that people are making and he starts with someone close to The Ray.

In terms of pure story, this is a really good opening to a new story arc. The Kingbutcher is an interesting character and not your typical villain of the week. There are compelling arguments being made on both sides and Orlando has done a really good job of balancing those opposing views on the page. Andy MacDonald’s art is really well done and he really brings forth the power of The Ray. The only downside is there is a lack of action in the issue. Other than the one conflict moment with the Kingbutcher, there is a lack of visual excitement to most of the issue. Still, it’s a compelling read that held my interest.