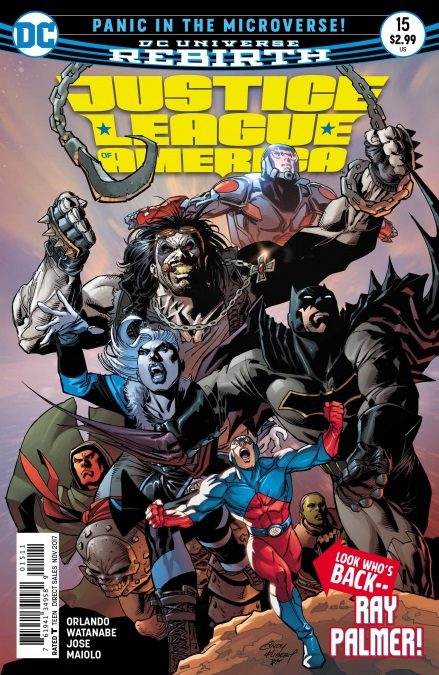 “Panic in the Microverse Part 4”

Ray Palmer is back and he is not happy. After discovering a threat to the entire Microverse, he has confronted Ryan about bringing Aron Aut with him to help. After communicating from the Microverse with Ray, he coaxes the scientist to come and research the issue for himself. Palmer explains to them the circumstances that led him to begin working with Aron Aut and how he met Preon. He explains to the mission he found himself a part of to try and save the Microverse from destruction. He recalls the adventures they took together and how he became close to Preon during their time together.

As the trio continue to travel, they find clues that lead them closer and closer to the ignition point. With a planet dying around them, Ray has to make a hasty 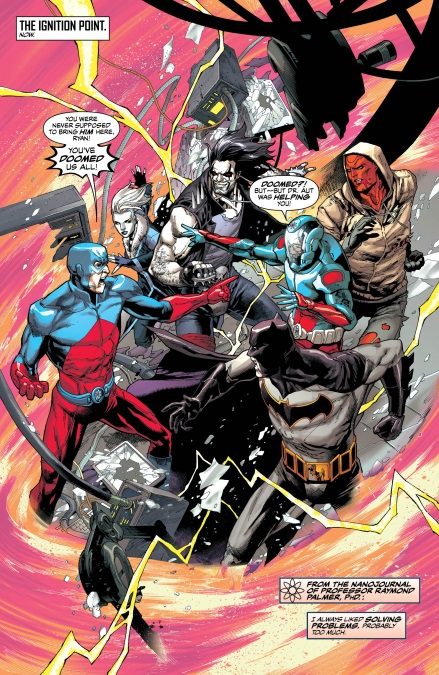 decision to save Preon’s life, separating them and isolating him and Aron. As the two scientists find a desperate solution to escape the planet, they find that the damage to the Microverse is more extensive than either one of them thought and the source of the damage is closer than they imagined.

As a story arc, it is interesting to take this time to learn about the time Palmer has spent here while everyone was looking for him. It gives a nice break in the arc to look back on the events that brought us to this point and I enjoyed the momentary sidetrack. The story was paced well with some nice action moments punctuated by some grand artwork that really had fun with scale, but the overall story still hasn’t grabbed me the way it should have.