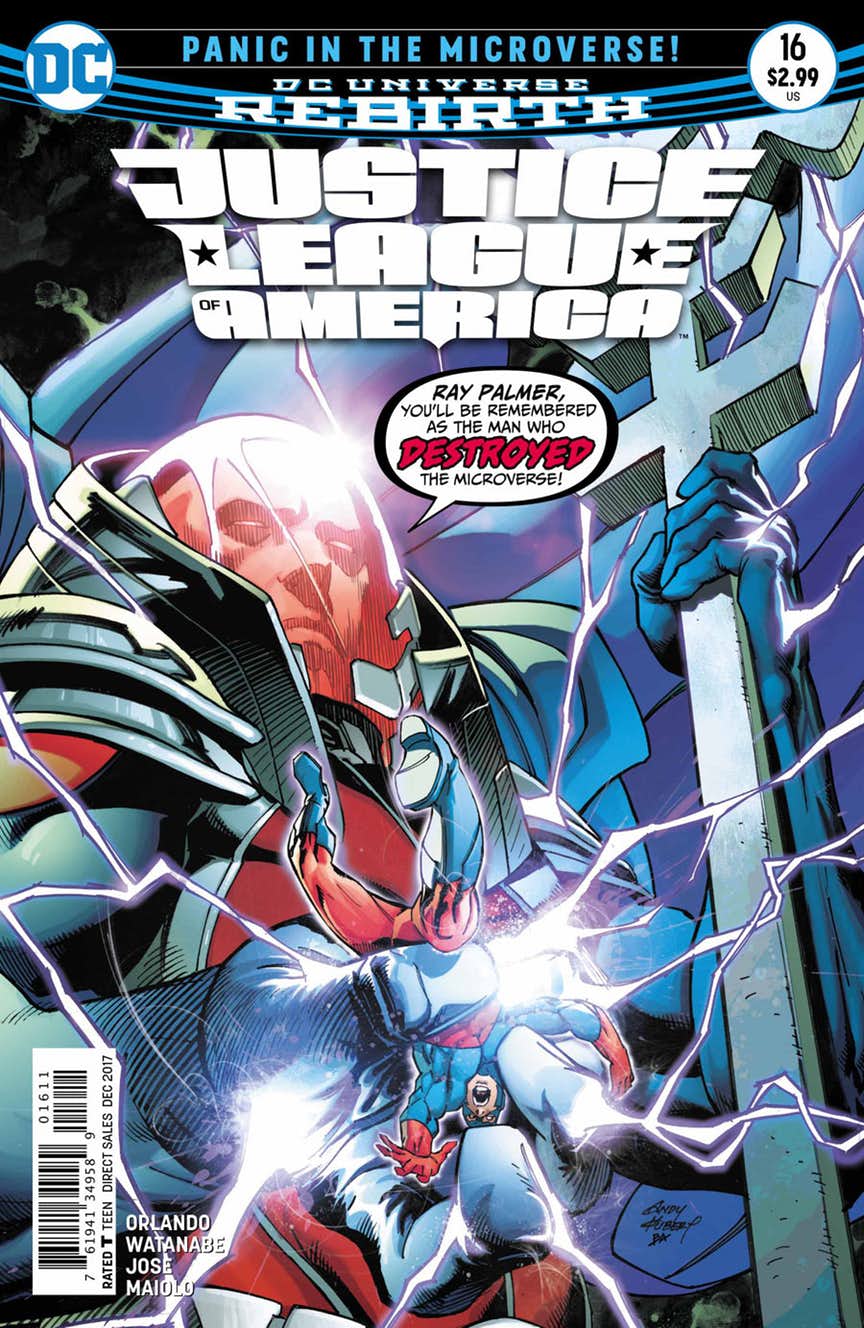 “Panic in the Microverse Part Five”

The moment I realized that this story was running too long was when I looked at the final page, realized that this was the fifth part of this story and realized that nothing has really been done up to this point to warrant how long this story is taking. I consider myself to be a very patient person, but I have read all of these so far and the most action I have seen from the JLA is Batman and crew standing in the background with their mouths agape. This issue starts with Aron recalling the destruction of his world as he travels with Ray Palmer to The Ignition Point. 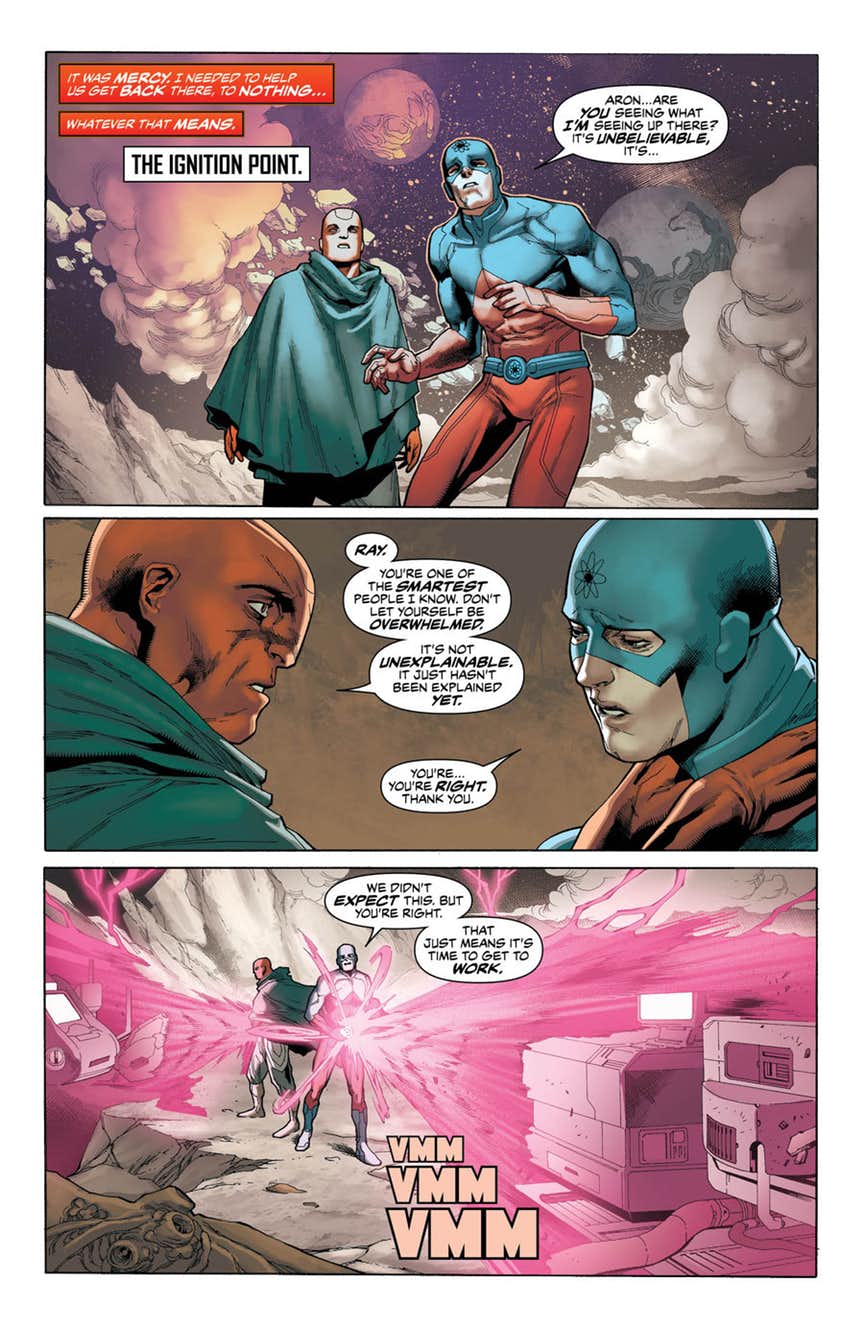 Both scientists are trying to understand the storms that are decimating the microverse and Ray is betrayed and imprisoned by Aron who is now calling himself The Null. Ray explains how he escaped, sent his message to the universe, how the new Atom got his belt and how they all ended up back where they started facing The Null again at The Ignition Point.

Like I said earlier, this story is too long. The Null is not interesting enough a villain to be able to sustain this long a narrative and Ray’s story isn’t that interesting to keep it interesting either. The last three issues I feel like I have been told everyone’s uninteresting story while waiting for something interesting to happen and it hasn’t. This story needs to end soon and the book needs to get back to the JLA as a team and their group dynamic.